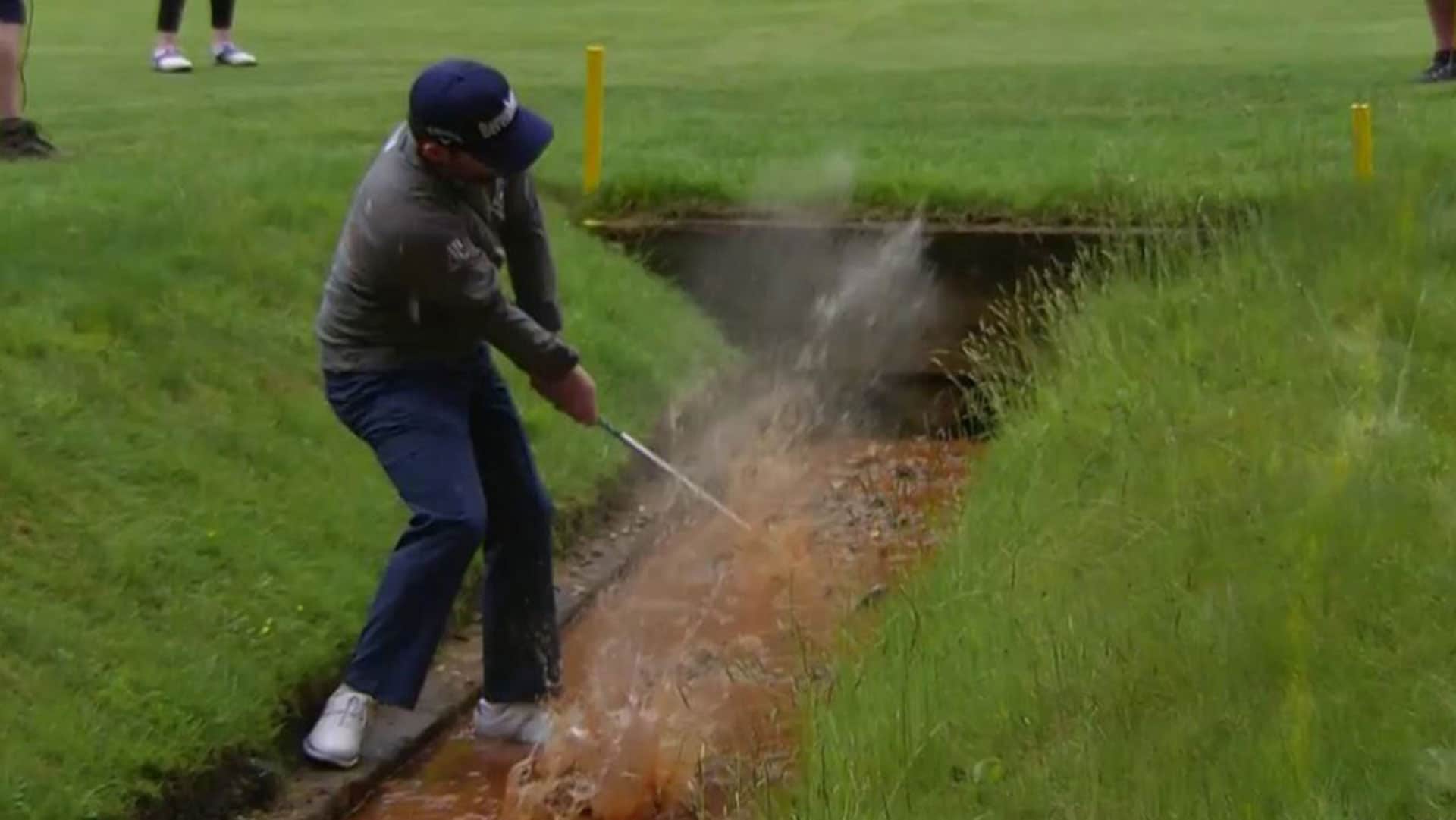 Grace was 9 under and two shots off the lead when he hit his drive into a creek on the par-4 12th hole. He attempted to extricate the ball from the shallow water, but instead watched as the ball ricocheted and remained in the hazard:

After finally taking a drop, he made a double bogey that dropped him four shots behind Alex Noren and effectively ended his chances to win the European Tour's flagship event.

Grace garnered headlines earlier in the week when he received a free drop from a plugged lie in a greenside bunker, a ruling that drew raised eyebrows from Paul McGinley and Danny Willett among others.

Grace started the final round at Wentworth one shot behind Andrew Dodt, but he ended in a tie for ninth at 6 under, five shots behind Noren after closing with a 1-over 73.