Watch: McIlroy needs six shots to get out of Postage Stamp bunker 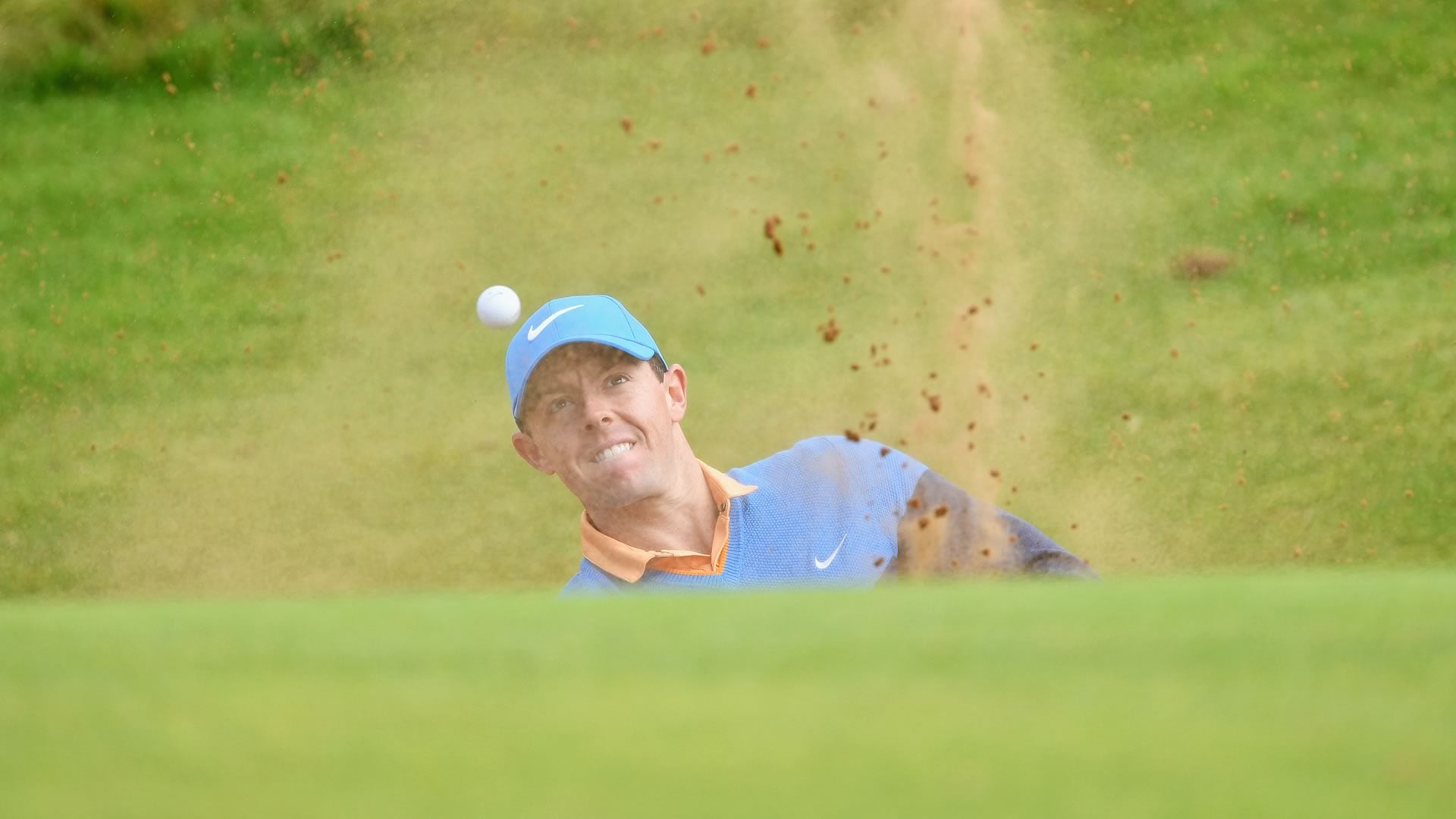 The Postage Stamp is one of golf's most iconic holes, even if people aren't overly familiar with its details. For the record, it's the par-3 eighth at Royal Troon and it's 123 yards, the shortest hole in The Open rota.

It is also guarded by five steep bunkers, one of which Rory McIlroy found himself in during Tuesday's practice round.

With playing companions Andy Sullivan, Bernd Weisberger and Matthew Southgate watching - and enjoying - it took McIlroy six shots to fully extricate himself. He did manage to get shot Nos. 3 and 5 out, but they rolled back in.

McIlroy addressed the hole during his Tuesday news conference,

"I think I took an 8 or a 9, so that didn't go too well. Headed into the front right bunker and it took me like five or six goes to get out of it. There is a lot of sand in the bunker. So when the ball just trickles in back into the bunkers, it doesn't go into the middle. It sort of stays. Obviously that lip there is basically vertical, so it sort of just stayed there. And every time I tried to get it out, it would go back into the same spot," he said.

Check out the below video. The adventure begins around the 5:30 mark.