Watch: Mickelson lips out putt for 62, Bones falls over 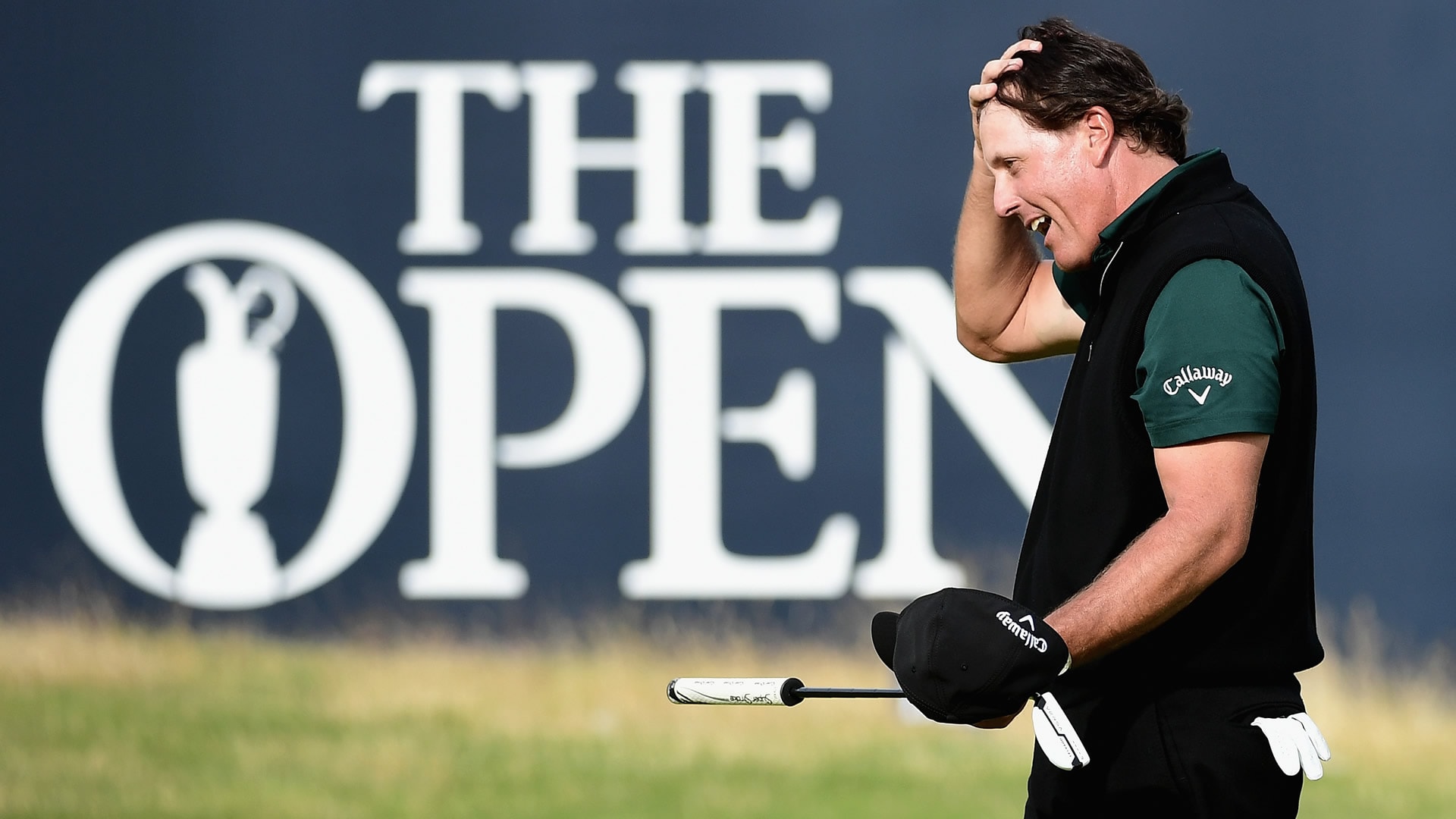 Phil Mickelson had a chance to become the first man in major championship history to shoot 62. His ball, however, wouldn't cooperate.

Mickelson lipped out a 16-foot birdie putt on the final hole in Round 1 of The Open at Royal Troon. He ended with an 8-under 63, becoming the ninth player in Open history to record that number and the 28th, overall, in major championship history.

The view from the crowd as Phil Mickelson comes within a whisker of a Major Championship record 62. Congrats on the course record 63, Phil. #TheOpen

The miss was reminiscent of the time he nearly shot 59 at TPC Scottsdale in 2013.