Watch: Phil elicits early roar with eagle at No. 2 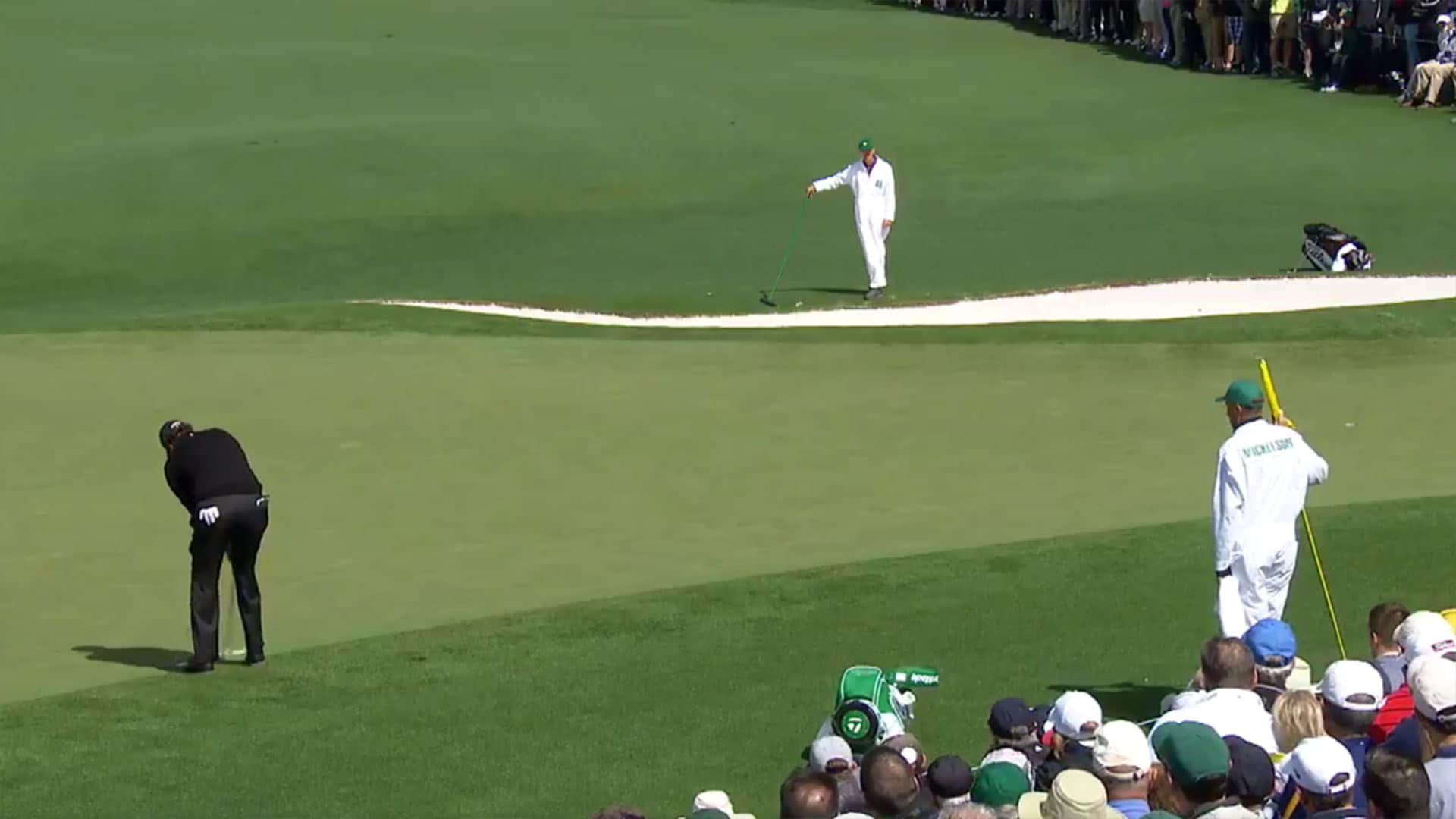 The three-time Masters champ began his hunt for a fourth green jacket Thursday with an eagle-3 at the par-5 second when he ripped his drive around the corner, found the back of the putting surface with his approach, and rolled in this 42-footer that skirted the fringe and broke towards the hole:

Want to hear the roar? Of course you dopic.twitter.com/xd12RrLrBT