Watch: Phil yells at photographer on 18 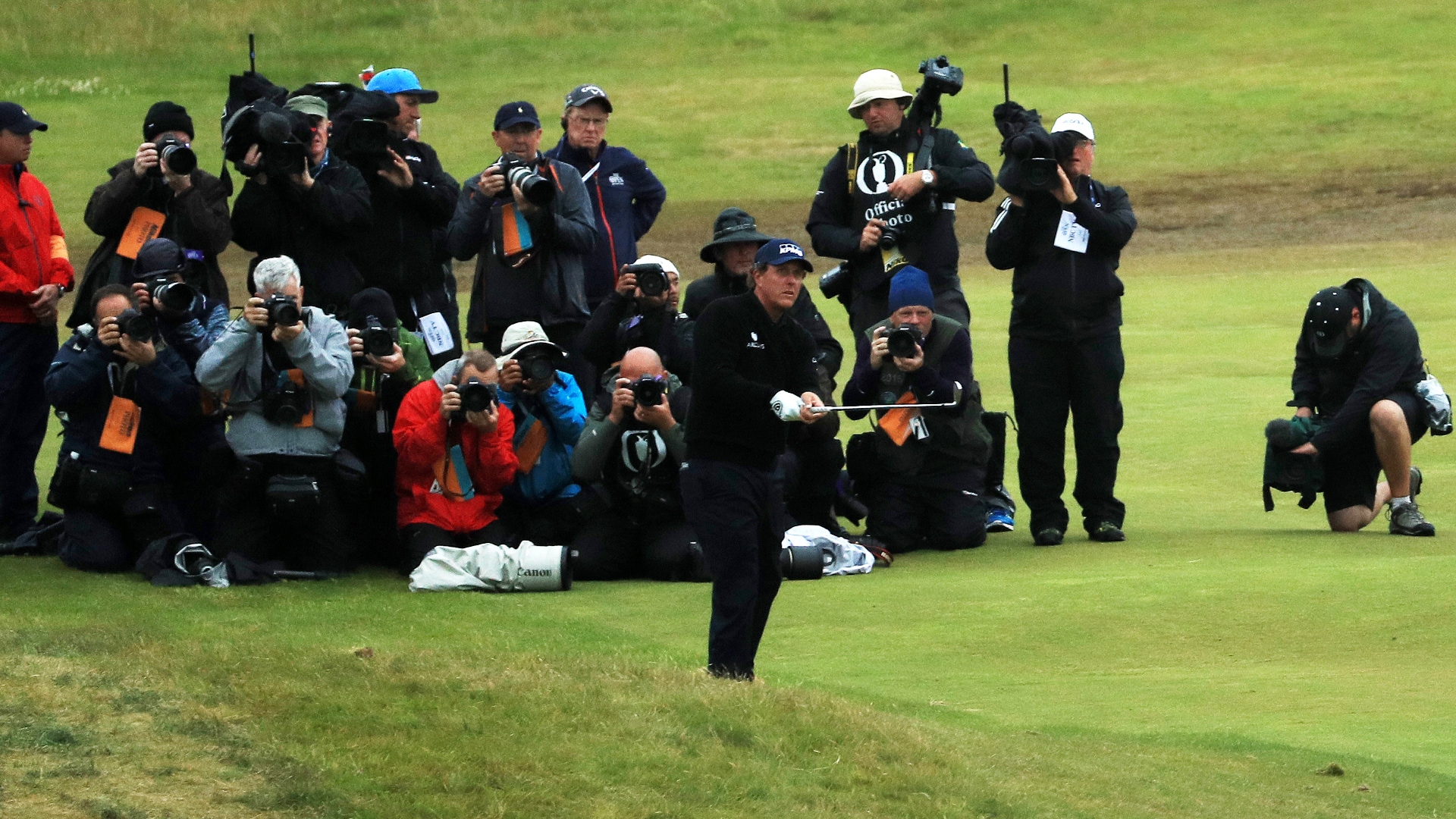 Coming off a bogey at the par-3 17th, Phil Mickelson was bothered on the 18th hole Saturday at The Open by camera clicks in his downswing as he played his approach to the home hole.

Mickelson's second shot wound up in the bunker short and left of the green and he could be heard on the telecast calling out a photographer.

"That is so s****y to do that," Mickelson said. "I can't believe that. I get you gotta cover it, but why do you gotta interfere with it."

Mickelson would go on to get up and down from the bunker for par and a round of 1-under 70.