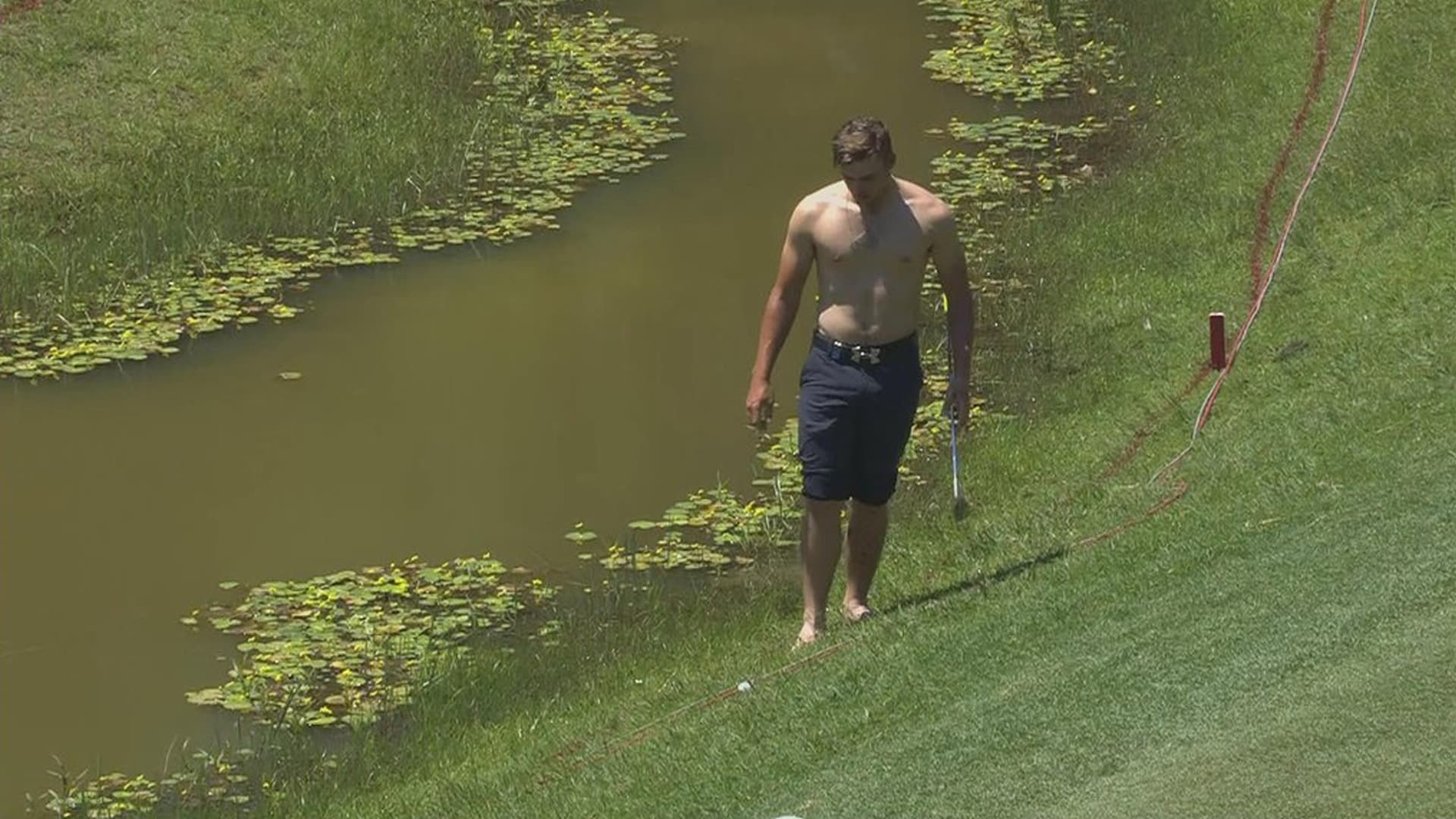 What is it with European Tour players going shirtless in South Africa? David Howell did in last month at the BMW South African Open. And Haydn Porteous did the same Thursday at the Tshwane Open.

After four consecutive bogeys around the turn, Porteous hit his approach shot on the par-4 fourth near a greenside hazard line. Figuring he had little to lose, the Joburg Open champion stripped down and went to work. And made double bogey.

Amazingly, he recovered with three consecutive birdies thereafter ... and then took off his shoes again for a shot at the par-3 eighth. This time, his pitch rattled off the pin and he saved par en route to an adventerous even-par 70. 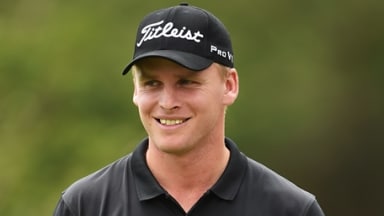 Morten Orum Madsen of Denmark finished with a hole-in-one and an eagle for a 7-under 63 to share the first-round lead at the Tshwane Open. 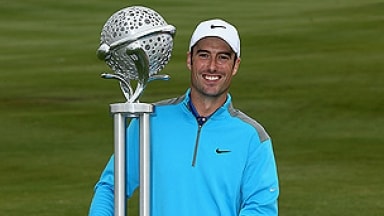 English golfer Ross Fisher secured his first European Tour title in four years with a three-shot victory in the Tshwane Open on Sunday. 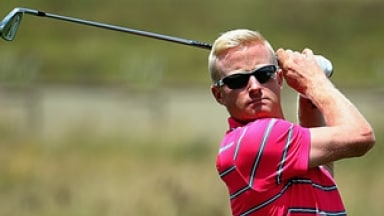