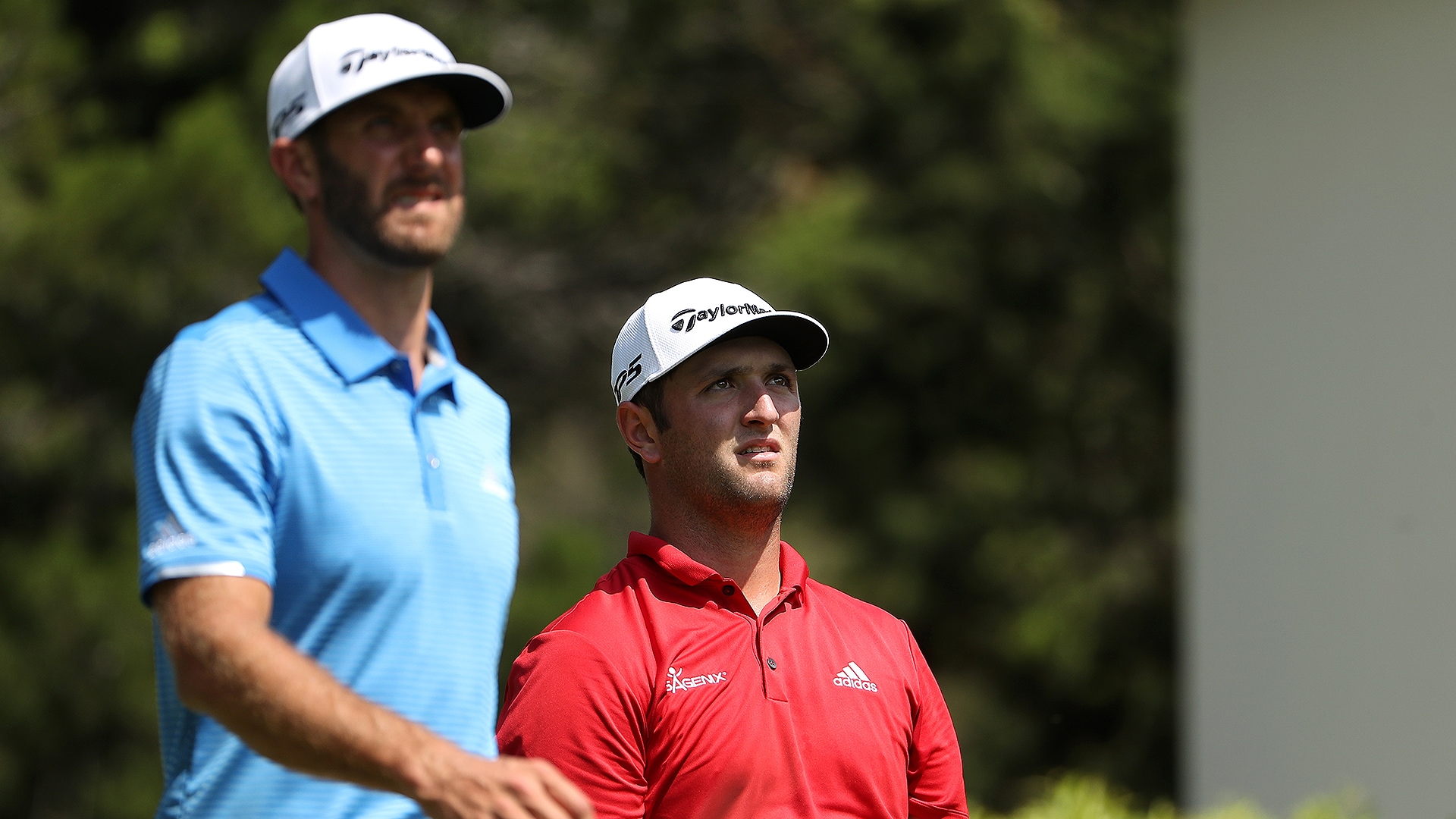 Dustin Johnson hit his drive on the 12th hole in the championship match of the WGC-Dell Technologies Match Play a whopping 424 yards. He was away for his approach shot.

That's because his opponent, Jon Rahm, stepped up and hit one 15 yards past him, to 438 yards.

That's 862 yards combined. Those are, to put it mildly, eye-popping numbers.

Johnson overcame the disadvantage and went on to win the hole, but Rahm followed it up with another ridiculous tee shot to win the next hole, driving the green on the par-4 13th.

Of course, they both have a ways to go to catch The Rock, but don't we all?