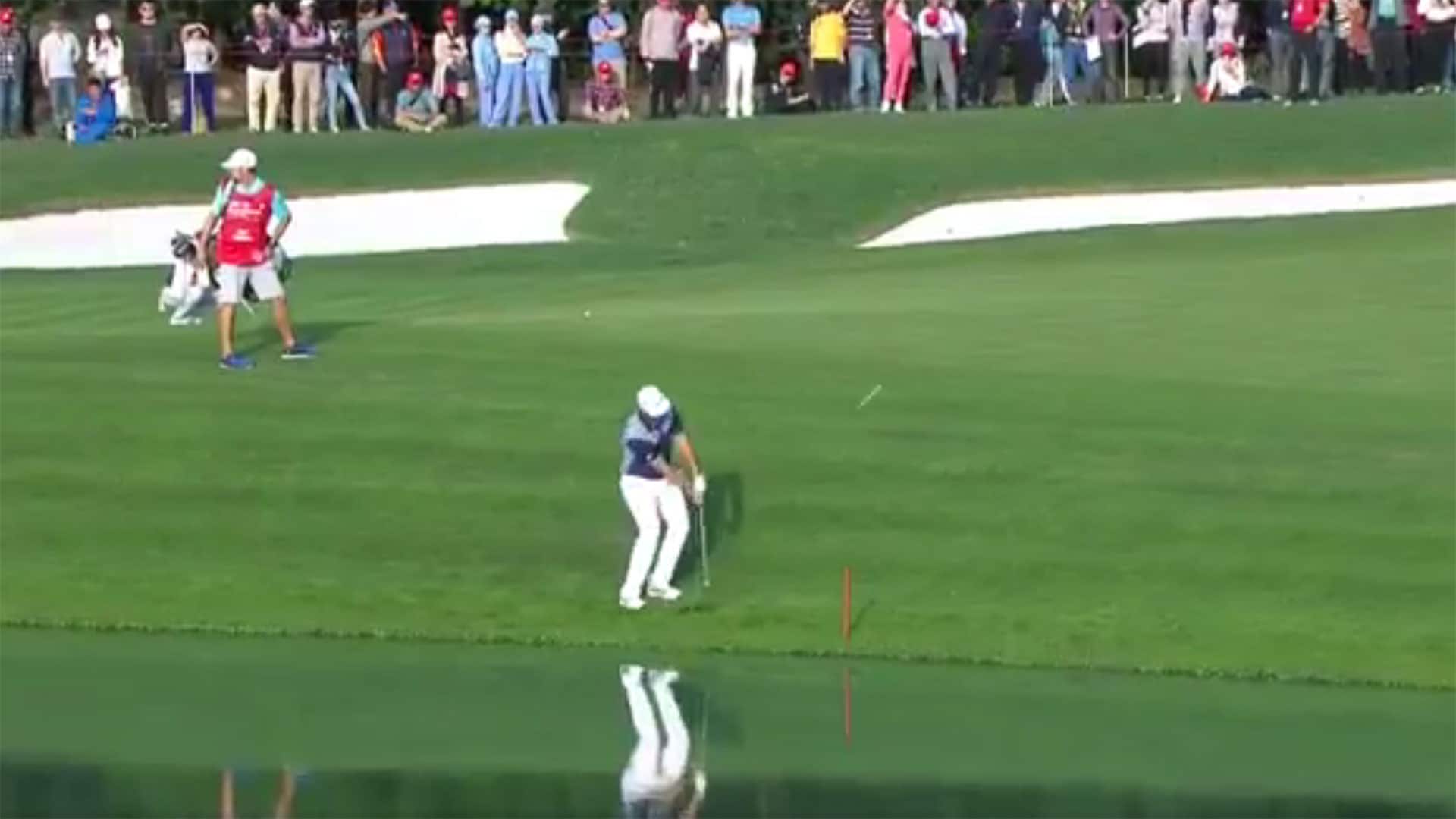 Jon Rahm appears to be learning from the Mickelsons about how to save par from unlikely spots.

Playing his final hole, the par-4 ninth, on Thursday at the WGC-HSBC Champions, Rahm holed this fourth shot from off the green to avoid dropping a shot and stay even par for the day.

The pitch-in capped off a round of 72 that has Rahm eight behind first-round leader Brooks Koepka.