Watch: Ravano holes out for eagle, round of 59 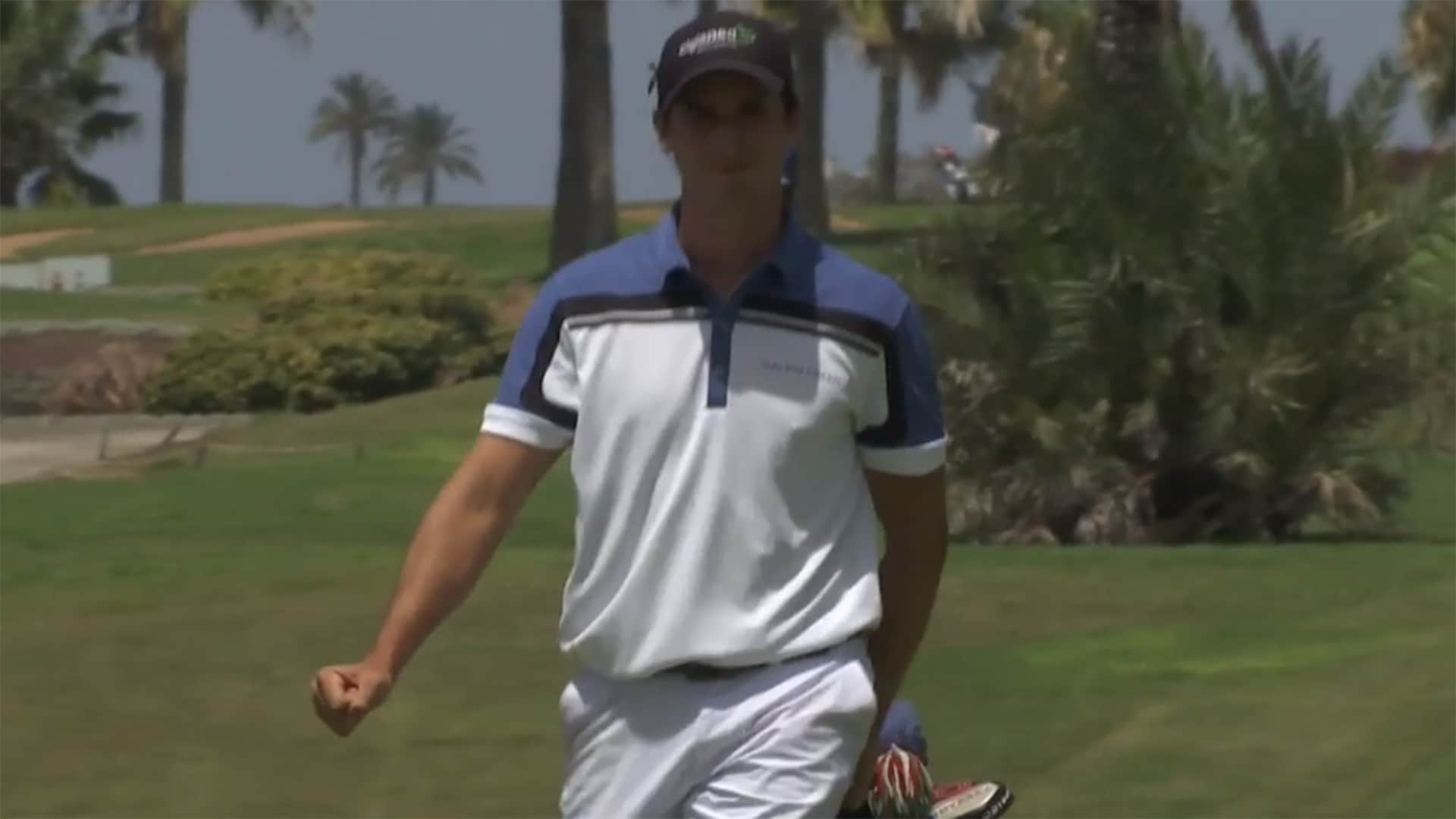 Consider this the most understated eagle holeout for a round of 59 you'll ever watch.

Playing his second round at the Challenge de Espana, Nicolo Ravano holed out this approach on the 18th hole for an eagle-2 and a 12-under-par 59:

The magic moment!@NicoloRavano holes out for an eagle two on 18 for a historic 59 at the #challengedeespanahttps://t.co/8X9SYeO5h8

“Walking down 18, nobody clapped, so it was a really nice surprise to find that it had gone in the hole," Ravano said.

“I was afraid that the ball was spinning out of the green and in to the bunker – when I didn’t see it was on the green that’s what I was looking at."

“There was a ball on the fringe and I thought it was mine. But the caddy of Joseph [Dean] told me, ‘It’s in,’ and it was a great moment."

The 31-year-old Italian is now the second player in Challenge Tour history to shoot 59, joining France’s Adrien Mörk, who did it 2006. No one has ever broken 60 on the European Tour.

Ravano entered the clubhouse tied for the lead at 14 under par for the week.