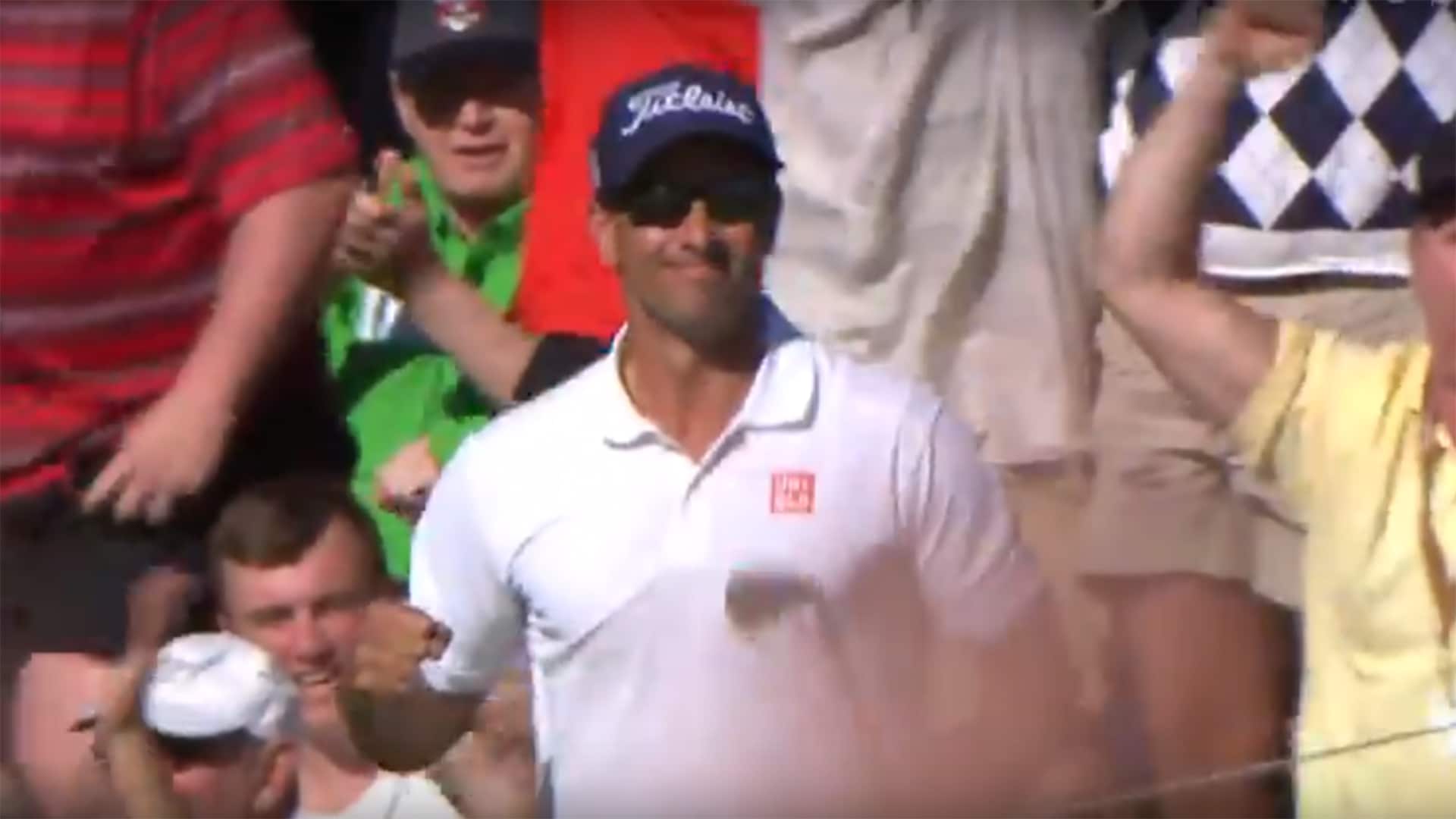 Adam Scott came up one shot short Sunday at Riviera, but for a few moments when he walked off the course, he was tied for the lead.

One down with one to play in the final round, Scott's approach at the 72nd hole went over the green. The former Masters champion left himself this slippery downhill chip for birdie to tie then-leaders Jason Kokrak and Bubba Watson at 14 under.

Unfortunately for Scott, Watson would birdie the par-5 17th minutes leader to take the outright lead, and a par at the last secured Bubba's second Northern Trust Open.

Scott remains in search of his first victory since the 2014 Colonial, after going winless in 2015 for the first time since 2000.