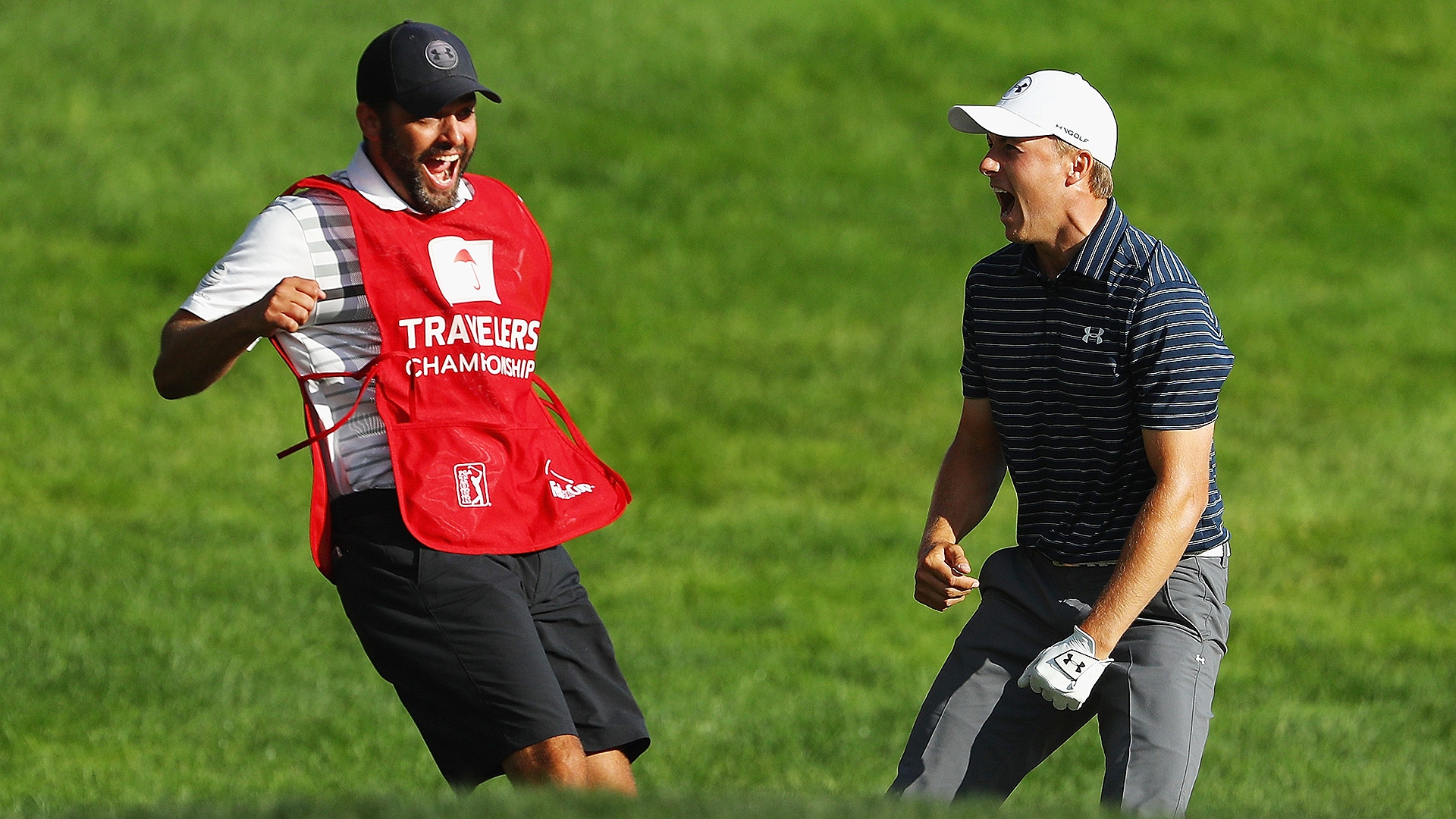 Jordan Spieth nearly let the Travelers Championship slip away, but with the pressure on, he delivered one of the shots of the year.

In a sudden-death playoff with fellow Class of 2011 member, Daniel Berger, Spieth found himself in a greenside bunker on 18 for his third shot after his drive clipped a tree and his approach came up short.

Spieth splashed out a shot that landed short of the flag and eventually found its way into the hole. When it dropped, the 23-year-old two-time major champion let out an epic celebration reminiscent of Tiger Woods in his prime.

Berger was officially eliminated from the playoff when he missed a long putt to match Spieth's birdie-3.