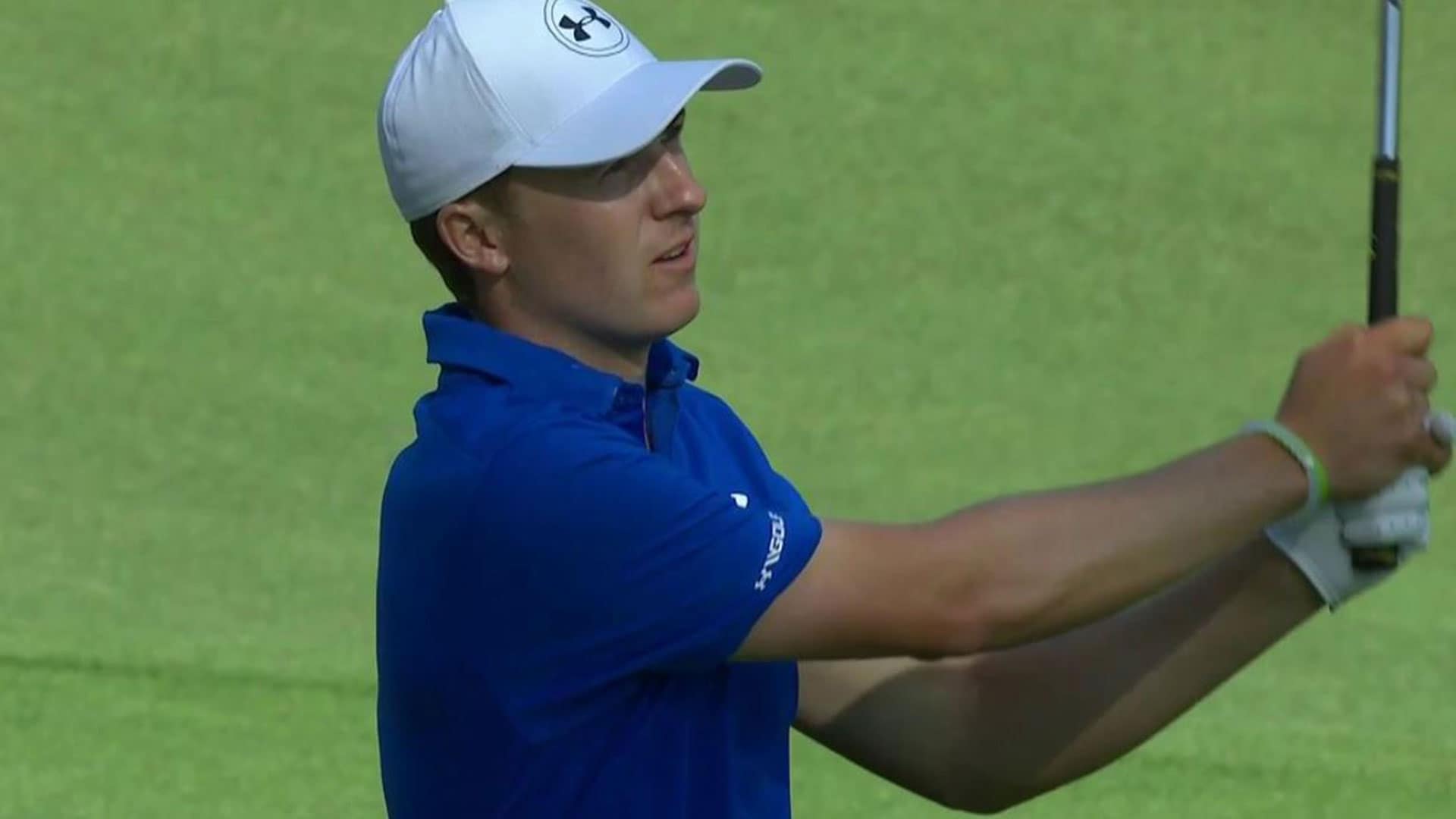 Perhaps he didn't rid himself of those demons after all.

Jordan Spieth famously gave away the green jacket last year when he made two trips into Rae's Creek at the par-3 12th en route to a quadruple bogey and an eventual runner-up finish.

One year later, Spieth started Sunday just two off the lead, but had already fallen to 3 over on his round and seven off the lead when he again reached the 12th hole, and again found the drink.

Spieth did indeed go to the drop zone, made it over this time, and two-putted for double bogey to fall to 1 over for the week.