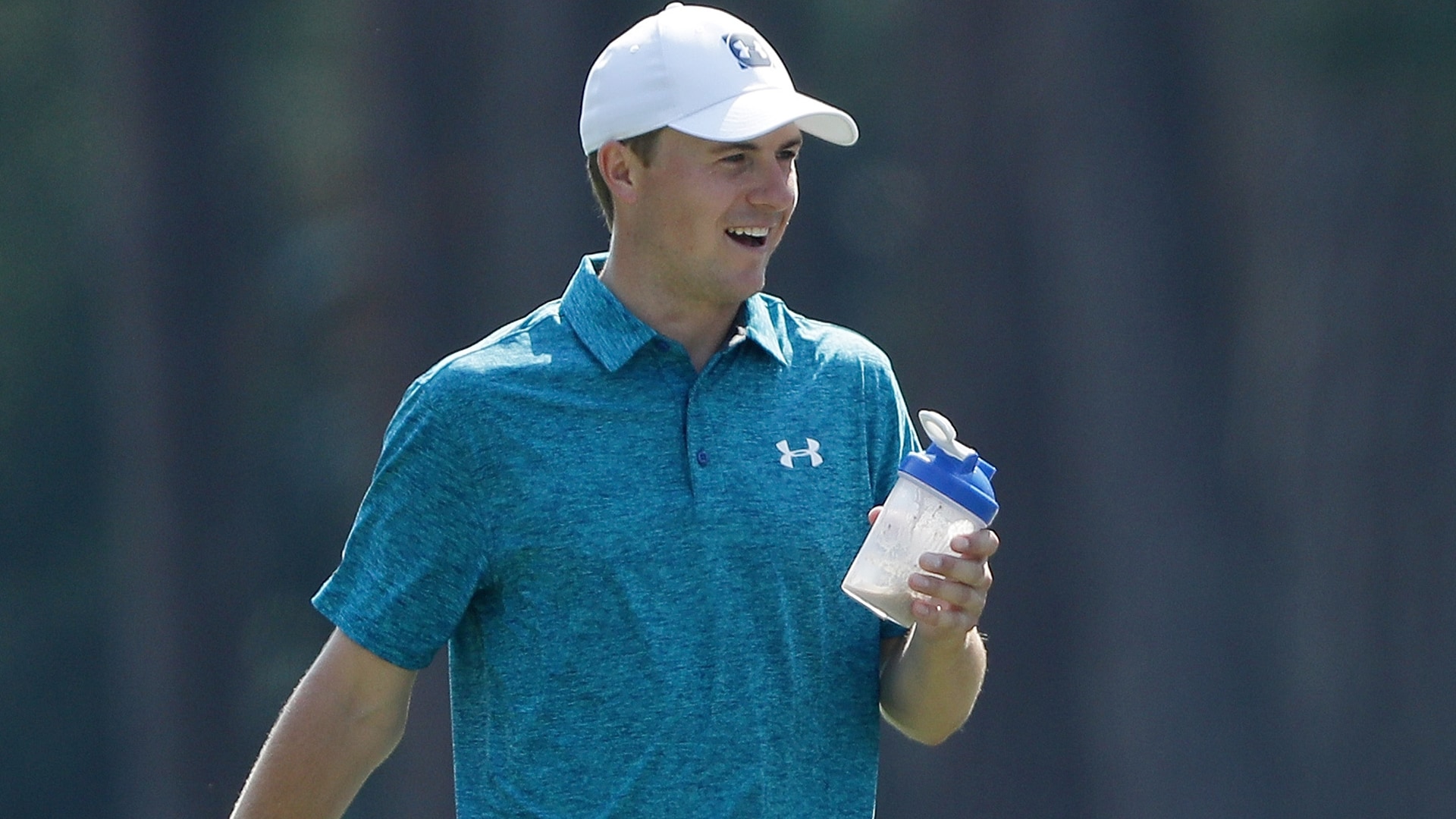 Jordan Spieth has a thing for holing bunker shots at the Travelers Championship, where he made one in a playoff to win last year.

He did it again in Round 1 at TPC River Highlands, knocking in this shot for eagle at the par-5 sixth to reach 4 under par for the tournament

We've seen this movie before.

Another bunker hole-out for @JordanSpieth!

“I don’t know. (The bunkers) have got some kind of magnetic sand for me,” Spieth said. “I just hit the shot that was necessary. It probably would have gone 4 or 5 feet by, but I couldn’t hit it any better than I did. It was obviously fortunate to hit the pin and go in.”

In the next group, Justin Thomas did the same thing to reach 1 under. Keep an eye out for the best part of this highlight, when Thomas' caddie Jimmy Johnson tries to hand him his putter.

“I was kind of in a weird state to start the day. I couldn’t get into it. I was having a hard time, not getting motivated, but just getting focused I should say,” Thomas said. “Then that eagle on 6 kind of helped me out a little bit.”