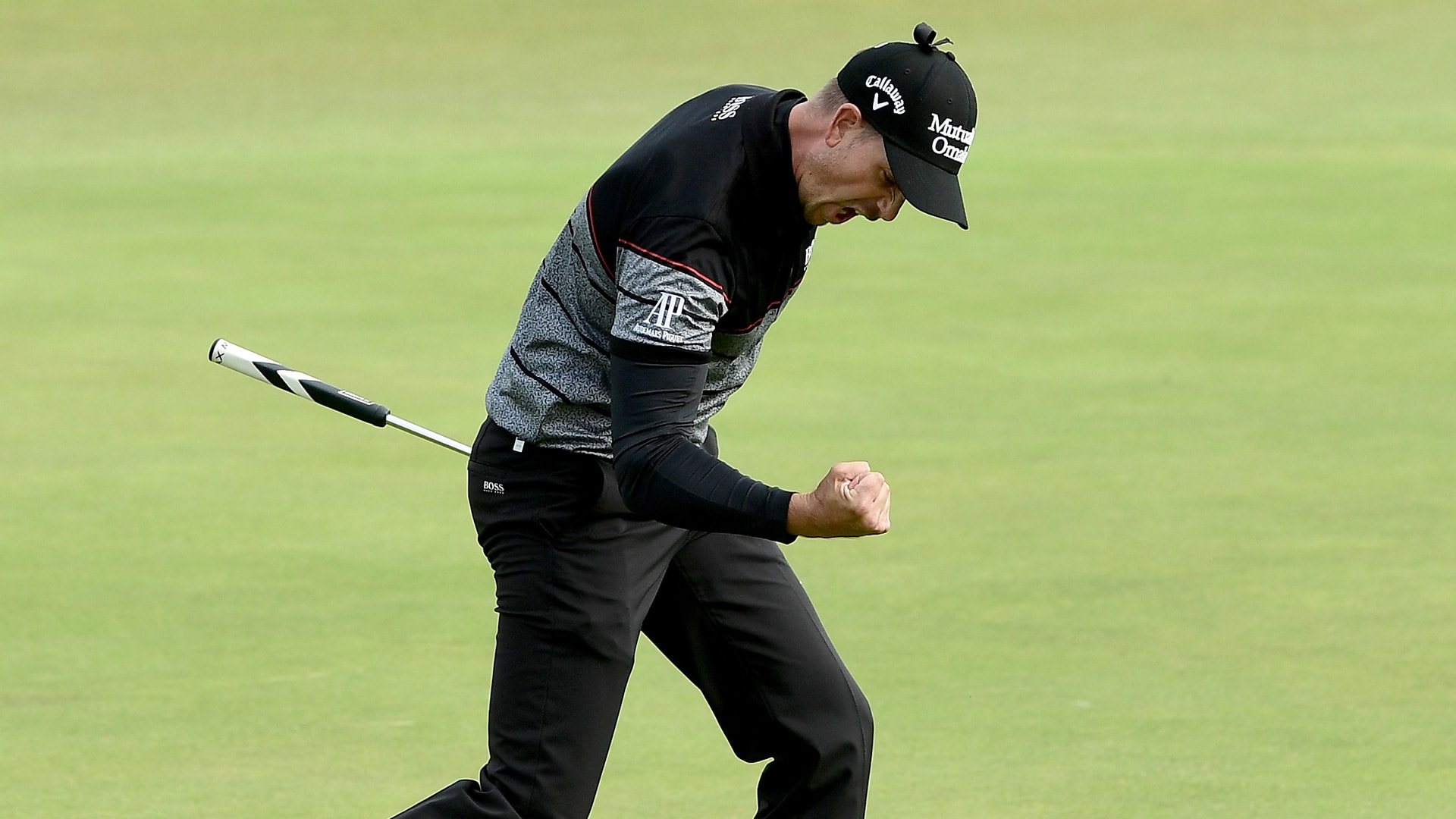 In a classic major duel, Henrik Stenson made the shot of the championship with a huge birdie putt on the par-4 15th at Royal Troon.

Stenson was leading The Open by one when the above putt fell and gave him a two-stroke lead with three to play.