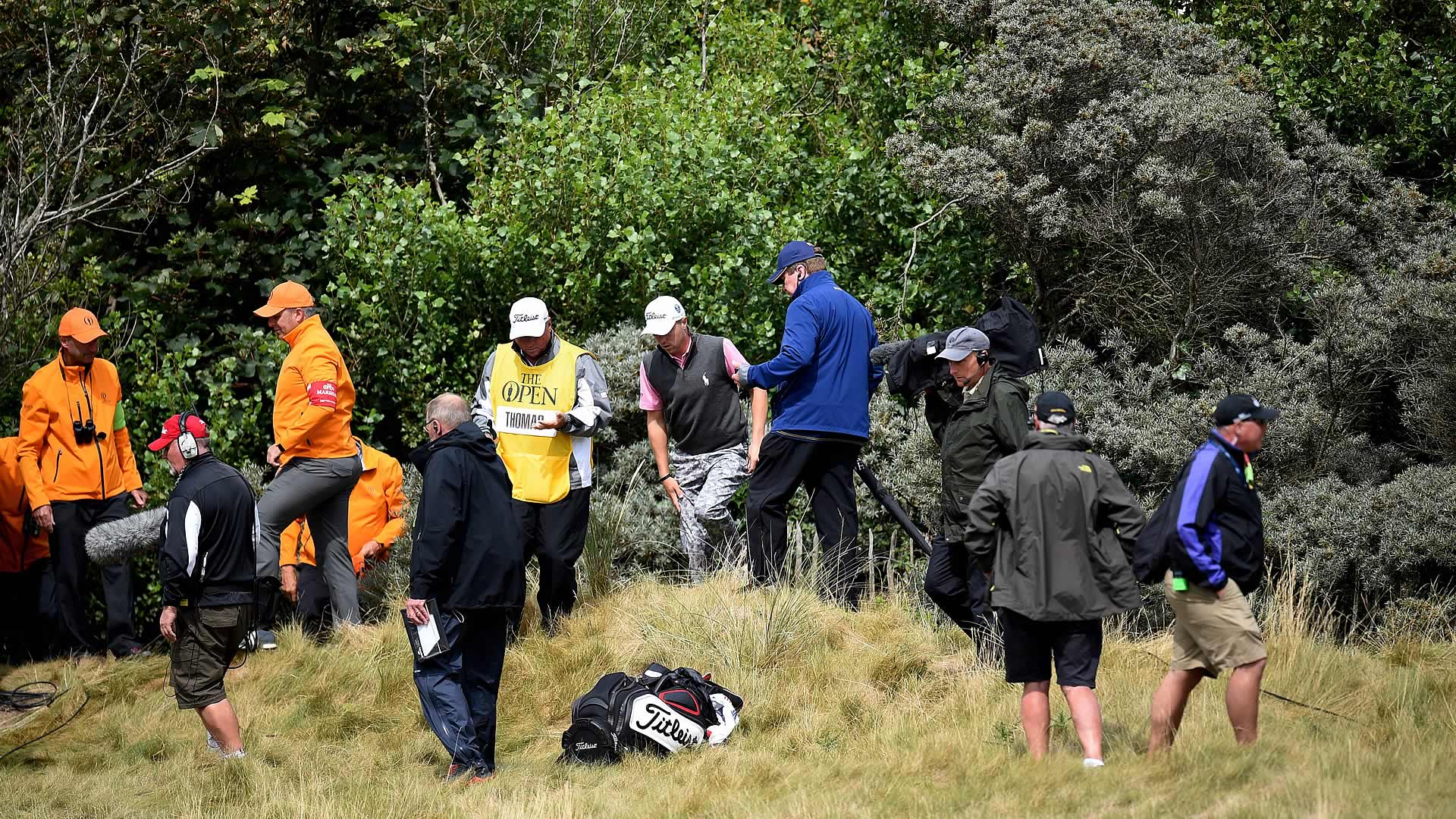 Justin Thomas started the second round two shots off the lead. He then double bogeyed the first hole and bogeyed the second. After steadying himself with three consecutive pars, Thomas hit an errant second shot on the par-4 sixth.

And that’s where bad turned to much, much worse.

His ball buried in heather, Thomas took one swipe and his iron stuck into the rough, his ball never moving. He took another swing and the ball popped up and went backwards. He took a third hack and the ball did move but no one knew where it went. Thomas dropped, hacked out and then two-putted for a quintuple-bogey 9.

Thomas eventually shot 80 and missed the cut, but he was nice enough to answer fan questions after the round on Twitter:

@JustinThomas34 what happened on 6 today mate?!