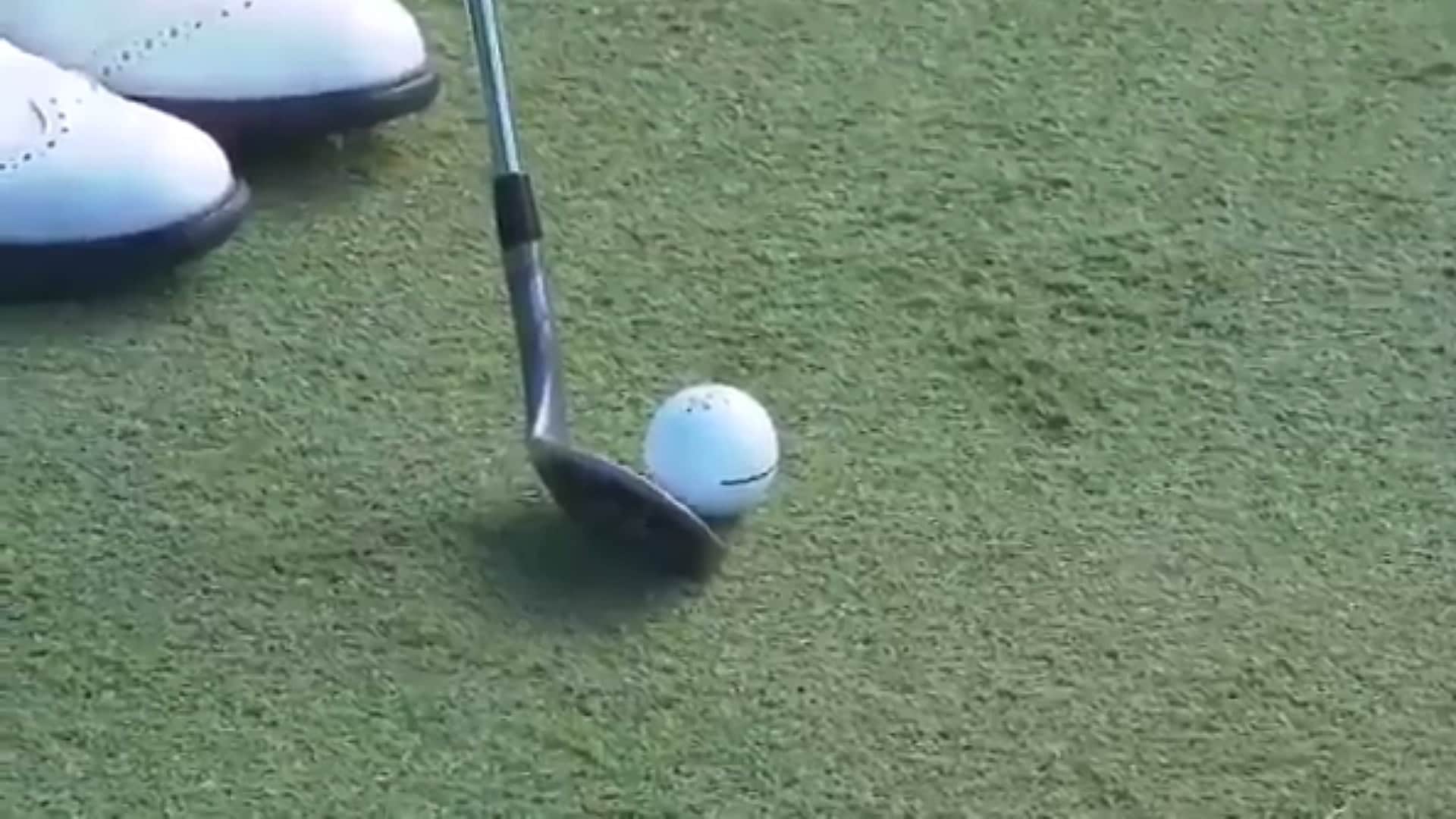 On the fifth hole, Justin Thomas had about 3 feet left for par, but the grass in front of his ball had been badly scuffed. How badly? Rather than use his putter, Thomas took a page out of the stymie era, using a wedge to chip the ball into the cup. 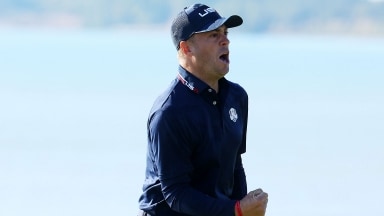