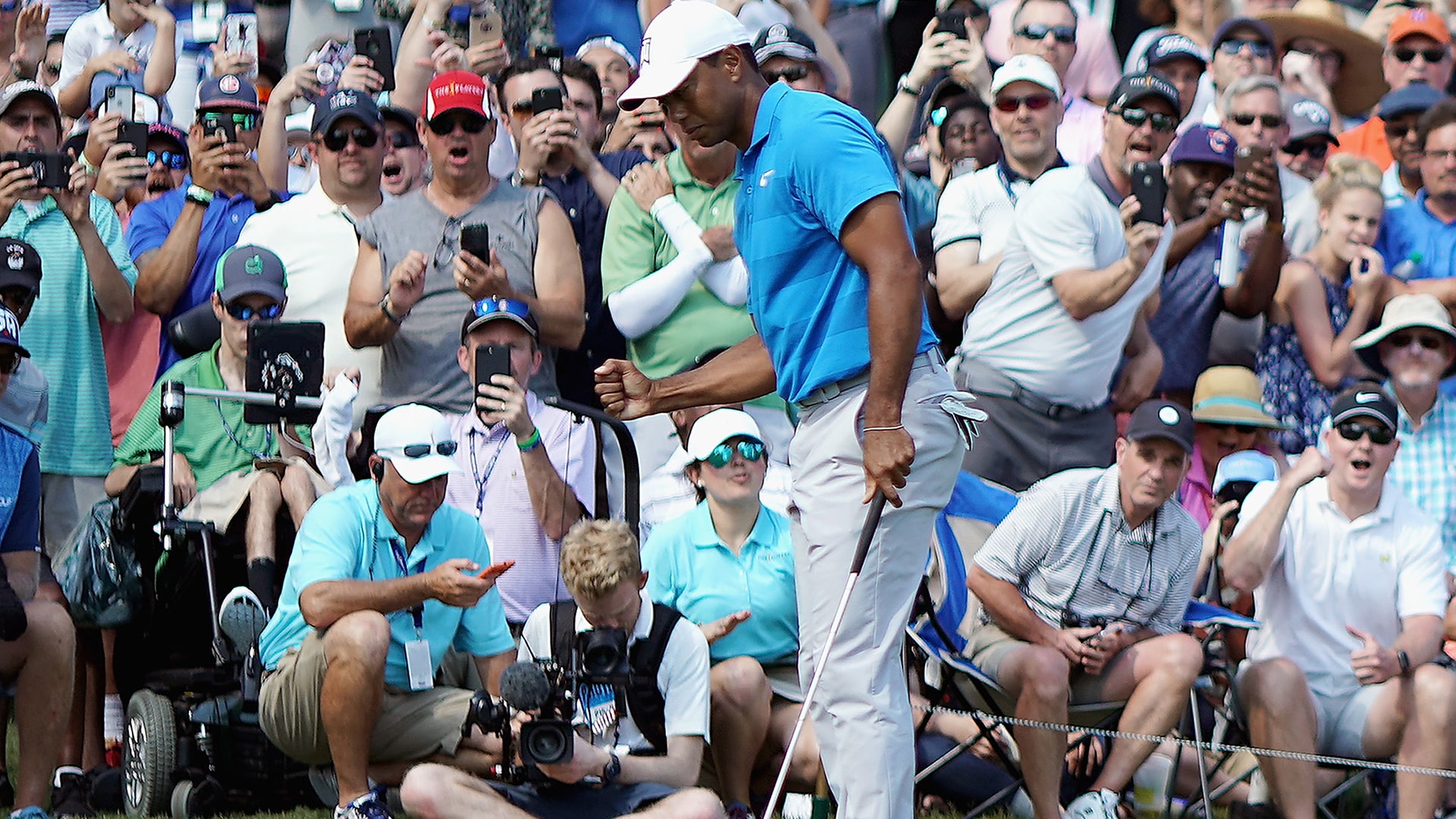 Tiger Woods played his final round at last week's Wells Fargo Championship without a birdie, and he didn't record any during his front nine on Thursday at the Players Championship either.

He did make an eagle though.

Following bogeys at Nos. 3 and 5, Woods smashed a drive 349 yards at the par-5 ninth, hoisted an iron over the trees and onto the green from 241, and then poured in an 18-footer for his eagle-3.

The eagle was Woods' first under-par score in 30 holes, dating back to the third round at Quail Hollow.

Three holes later at the short par-4 12th, Woods would finally find his way to a regular, old birdie, with an iron off the tee and a well-judged pitch to move to 1 under par.