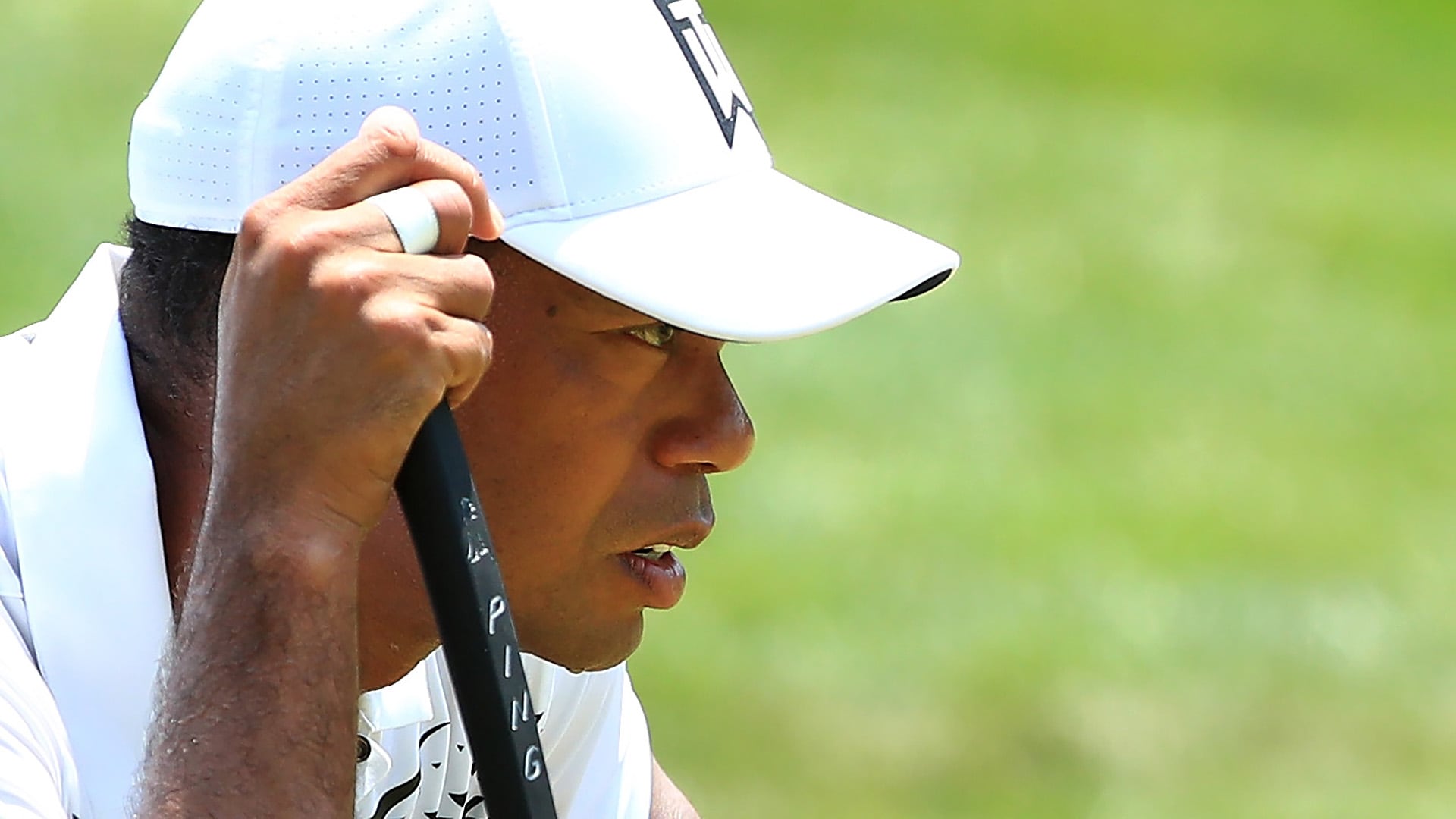 Tiger Woods started the third round of the Quicken Loans National at 5 under par and dropped a shot immediately at TPC Potomac.

Bogey on the opening hole.

He then went on to birdie four consecutive holes, beginning at the par-4 fourth

Back to -5.@TigerWoods birdies No. 4.#QuickHits pic.twitter.com/j7rHcwdLa0

Tiger has birdied three in a row.

That was the first three birdies. He added another the seventh hole, before making bogey at No. 8 to end the streak.

However, Woods recovered immediately with a birdie at the ninth to make the turn in 3-under 32. At 8 under for the tournament, he was three back of Brian Gay

Woods missed several great chances for birdie on the back nine and made two bogeys and a birdie coming in for a 2-under 68.

He talked about what he needs to do on Sunday to have a chance.

.@TigerWoods discusses his chances on Sunday after carding a 2-under 68 in Round 3 of the @QLNational. https://t.co/2iW3ht2ukh