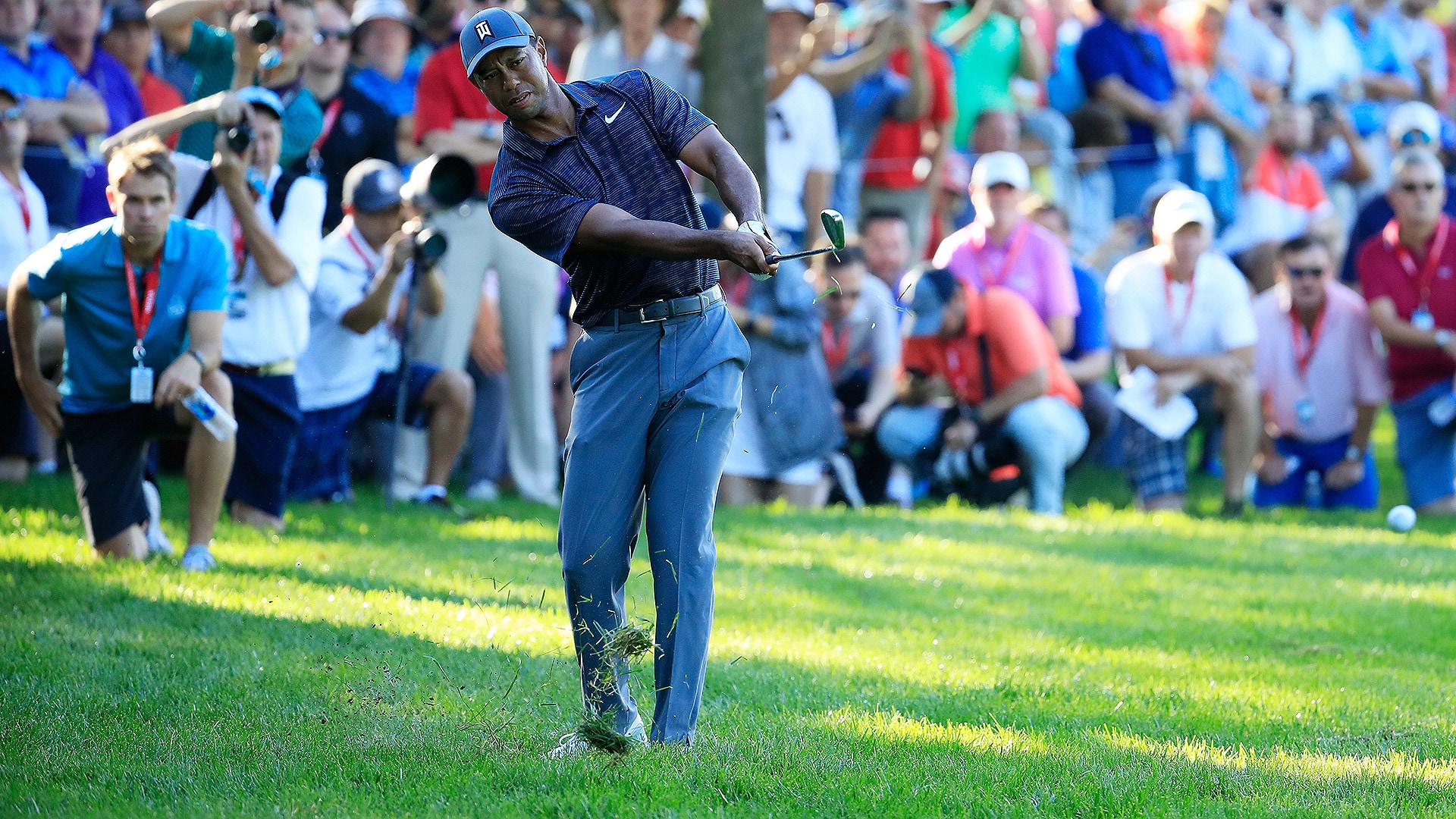 It was an adventurous first round for Tiger Woods at Bellerive Country Club. Woods began the 100th PGA Championship on the 10th tee and made a bogey. He then made double bogey on the par-4 11th, where he hit his approach shot into the greenside water hazard.

Three over through two holes, Woods got one back with this birdie at the par-4 12th:

He then saved par on the 15th hole after twice clipping trees.

An all-world par save from Mr. @TigerWoods. pic.twitter.com/2OTgMHPCKZ

However, another pulled tee shot at the par-3 16th resulted in another bogey. That put him back to 3 over par and six shots off the lead.

Woods was able to make the turn with a little momentum, thanks to this birdie at the par-4 18th.

Tiger picks up his 2nd of the day as he makes the turn. #PGAChamp pic.twitter.com/5pIrCvJjyb

He then added a second consecutive birdie, at the par-4 first, to get back to 1 over par for the championship.

And after all that, he got back to where he started, back to even par, with this birdie at the par-5 eighth.

A birdie at No. 8 for @TigerWoods moves him to even with one to play.#PGAChamp pic.twitter.com/Bktfz6U2rC

Woods concluded his roller-coaster round with a routine par at the ninth hole. He finished his day at even par and was tied for 28th when he signed his card.