Watch: Tiger highlights from Rd. 2 of the PGA 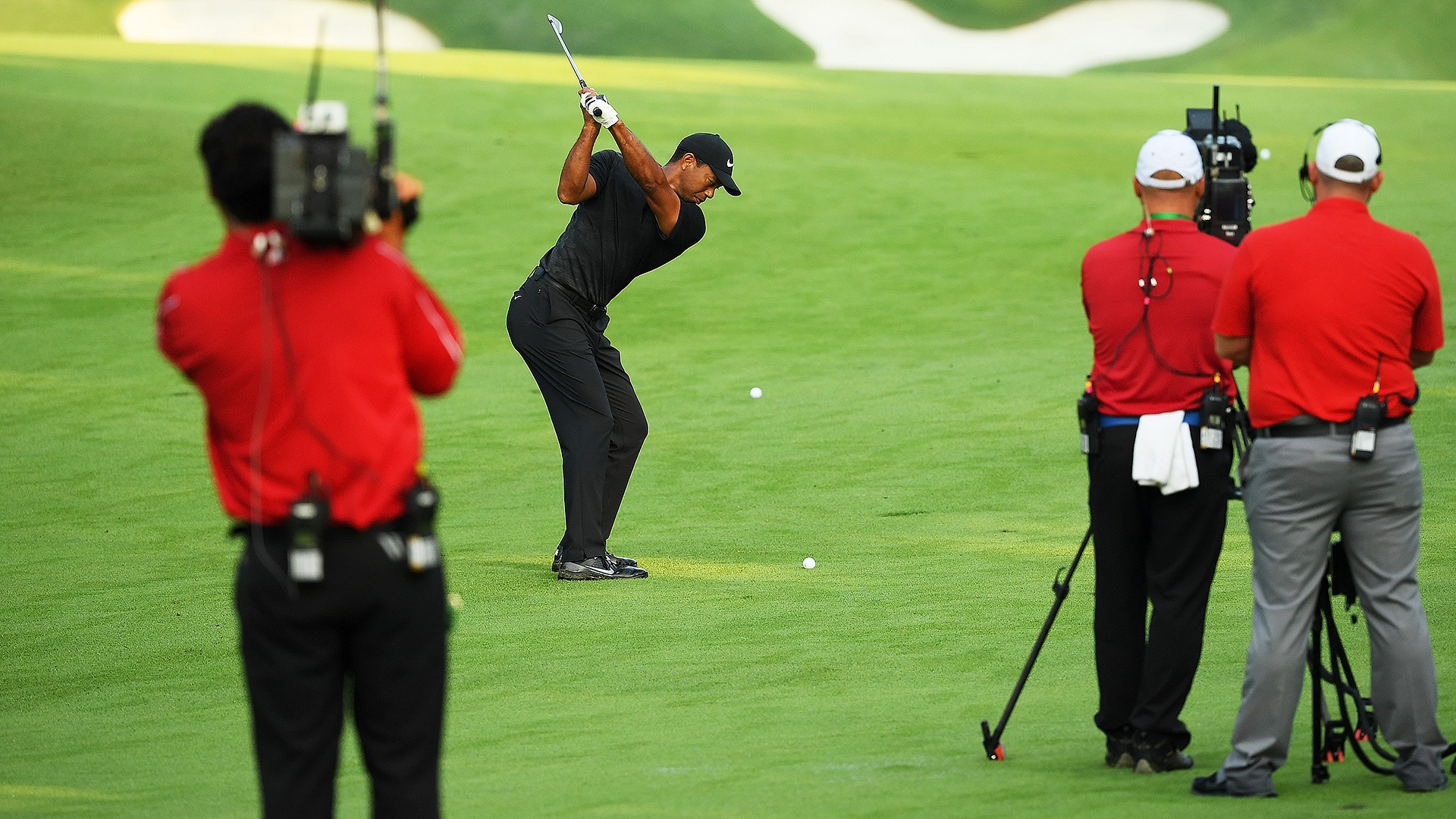 Tiger Woods was on a birdie roll Friday at Bellerive before Mother Nature called a timeout. But Woods revived his momentum quickly on Saturday morning by making a fourth birdie of the day at the par-5 eighth:

That got him to 4 under par for the championship. He was six off the lead at the time, before a bogey at No. 10 pushed him back down to 3 under.

He quickly regained that lost shot, however, thanks to this approach shot at No. 11.

The roller coaster continued on the next hole with a three-putt bogey. Woods cozied up a 101-foot birdie effort to 4 feet, but didn't touch the hole with his par attempt.

Woods parred his next four holes, before reaching the par-5 17th in two, and two-putting successfully for birdie. He parred his final hole for a 4-under 66. At 4 under for the championship, he's six off the lead.

Here's a look at the three birdies Woods made on Friday. Here are No. 2:

He walked it in...a birdie on No. 2 for Tiger.#PGAChamp pic.twitter.com/5VJHTC1S6E