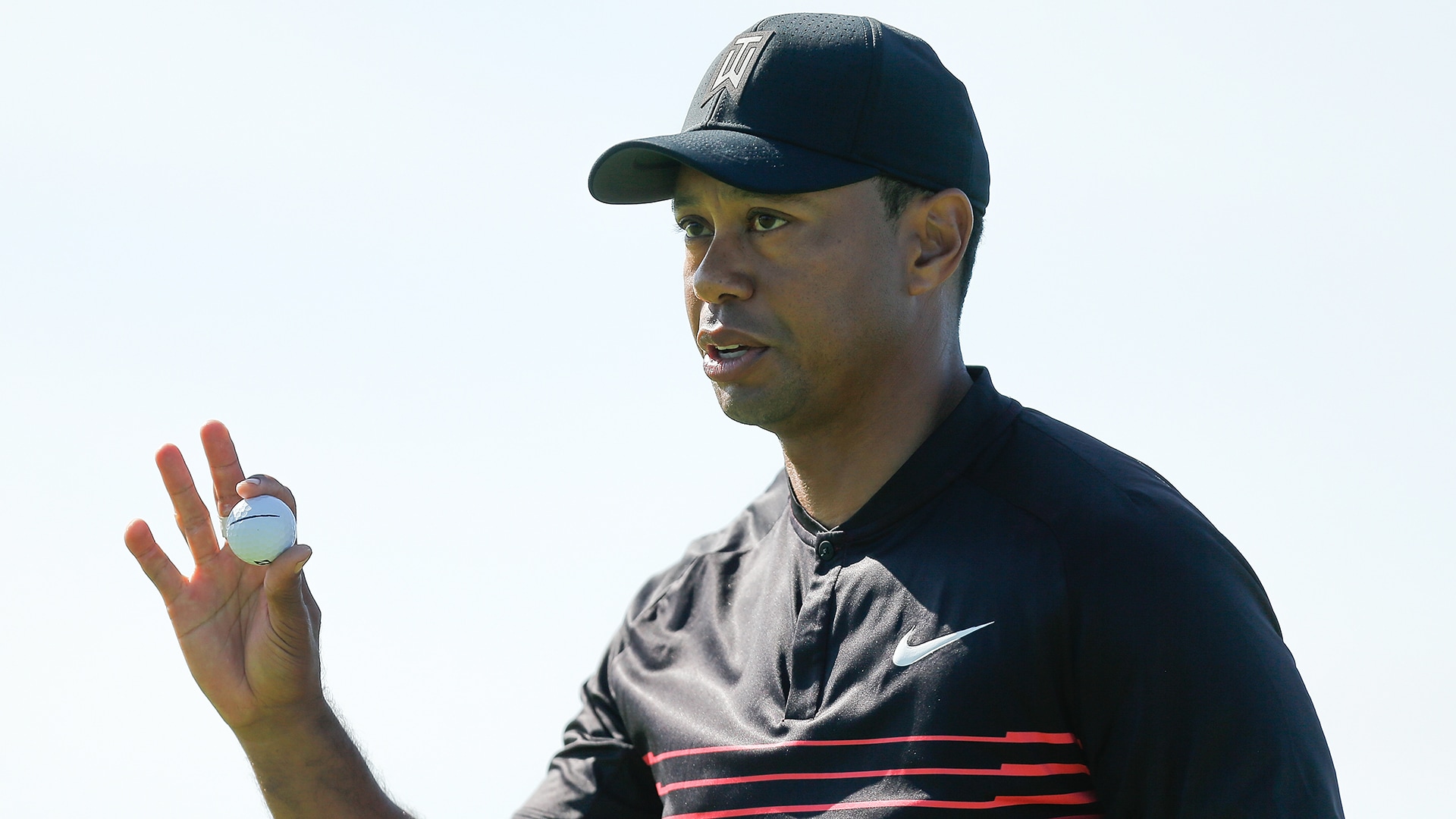 Tiger Woods' first PGA Tour round in a year got off to a bumpy start on Thursday, when he bogeyed his opening hole.

The seven-time Farmers Insurance Open champion dropped another shot at the fifth, but bounced back with a two-putt birdie at the par-5 sixth, set up by this 4-iron twirl from 234 yards:

Club twirl.
Walking after it. pic.twitter.com/obEAbJe6S4

After making the turn 1 over, Woods got back to even par with dialed-in wedge from 132 yards that nearly resulted in an eagle at No. 10. Instead, he settled for a brush-in birdie:

More of this, please pic.twitter.com/fvElWTRhGX

Speaking of dialed in, Tiger almost added to his hole-in-one count with this near-ace at the par-3 16th: