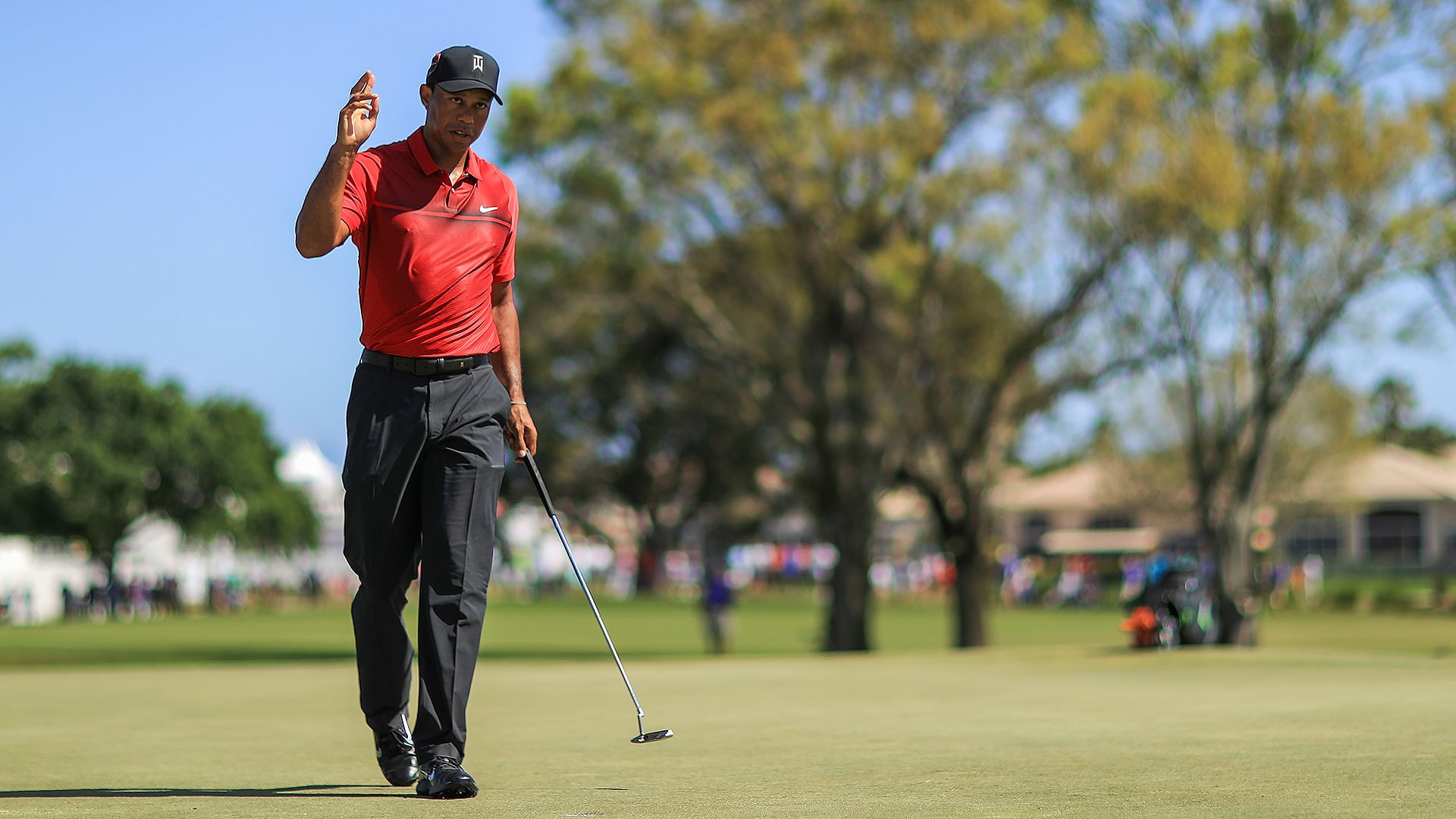 Much like on Saturday - much like in each of his four rounds this week - Tiger Woods had it going until he reached the Bear Trap. Woods moved as low as 3 under Sunday before mistakes at 15 and 16 left him even par for both the round (70) and the week at the Honda Classic.

One day after he left a barrage of birdie opportunities out on the golf course, Woods worked his way into red figures early on Sunday.

Seven off the pace to start the day, Woods found the first fairway, hit the first green and rolled in a 20-footer for his first birdie of the day.

1 hole.
1 birdie.@TigerWoods is off to a perfect start. #QuickHits pic.twitter.com/3RoQknavSt

After narrowly missing a 10-footer for what would have been another circle at the par-5 third, Woods came right back at the fourth, flying an approach from 148 yards to 9 feet and finishing the job.

Making a move on Sunday.@TigerWoods is now -2 thru 4!#QuickHits pic.twitter.com/dtYdik7P8e

At the par-4 eighth, Woods went with 3-wood off the tee and startled a duck that was walking down the middle of the fairway.

The duck walked away, and Tiger stuffed his approach inside 9 feet, setting up his third birdie of the day.

The Sunday charge continues for @TigerWoods!

Woods dropped his first shot of the day at the par-4 ninth after hooking his tee shot and then short siding himself right of the green. He made the turn in 2-under 33.

Another birdie for @TigerWoods!

He's T7 and 4 back of the lead. pic.twitter.com/1ajWilgEC8

Unfortunately, the Bear Trap would bite Tiger for the fourth day in a row. Woods rinsed his ball at 15 for a double bogey and three-putted at 16 to drop another shot and fall all the way back to even.

Closing pars at 17 and 18 left him to sign for 70. The real story of his week: Woods played the Bear Trap 8 over and the rest of the golf course 8 under.