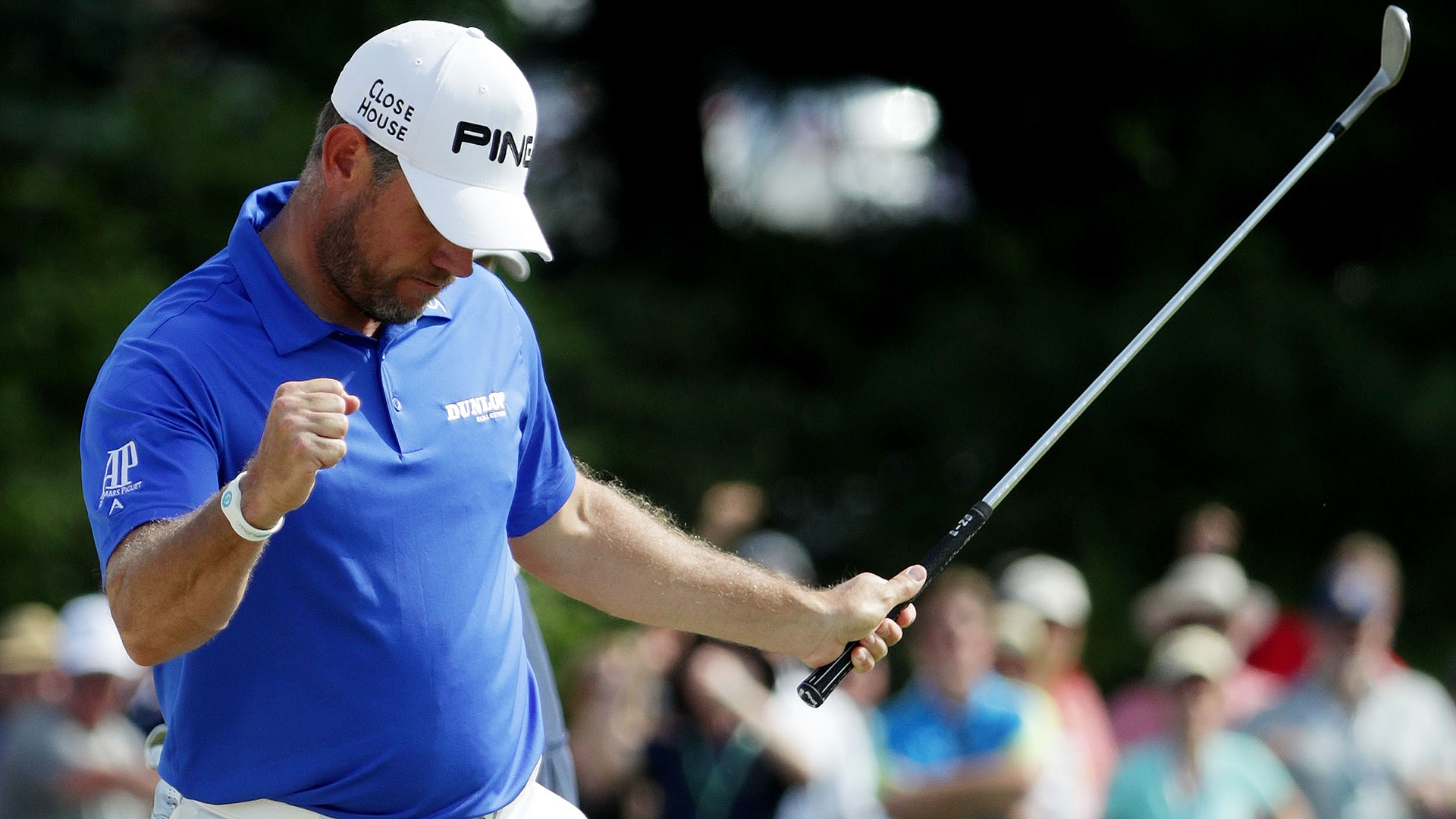 If Lee Westwood is going to win his first major this week, he'll fondly remember (at least) two shots from the third round of the U.S. Open at Oakmont.

The first an eagle hole-out on the 5th hole from 130 yards away. After his drive on the short par-4 left him in the middle of the fairway, he only need one more shot to finish the hole and vault, for a brief time, into a share of the lead.

A few holes earlier at No. 2, the Englishman chipped in for birdie from just off the green.

.@WestwoodLee adding his name to the highlight reel. #USOpen https://t.co/5kCvP1BaI3