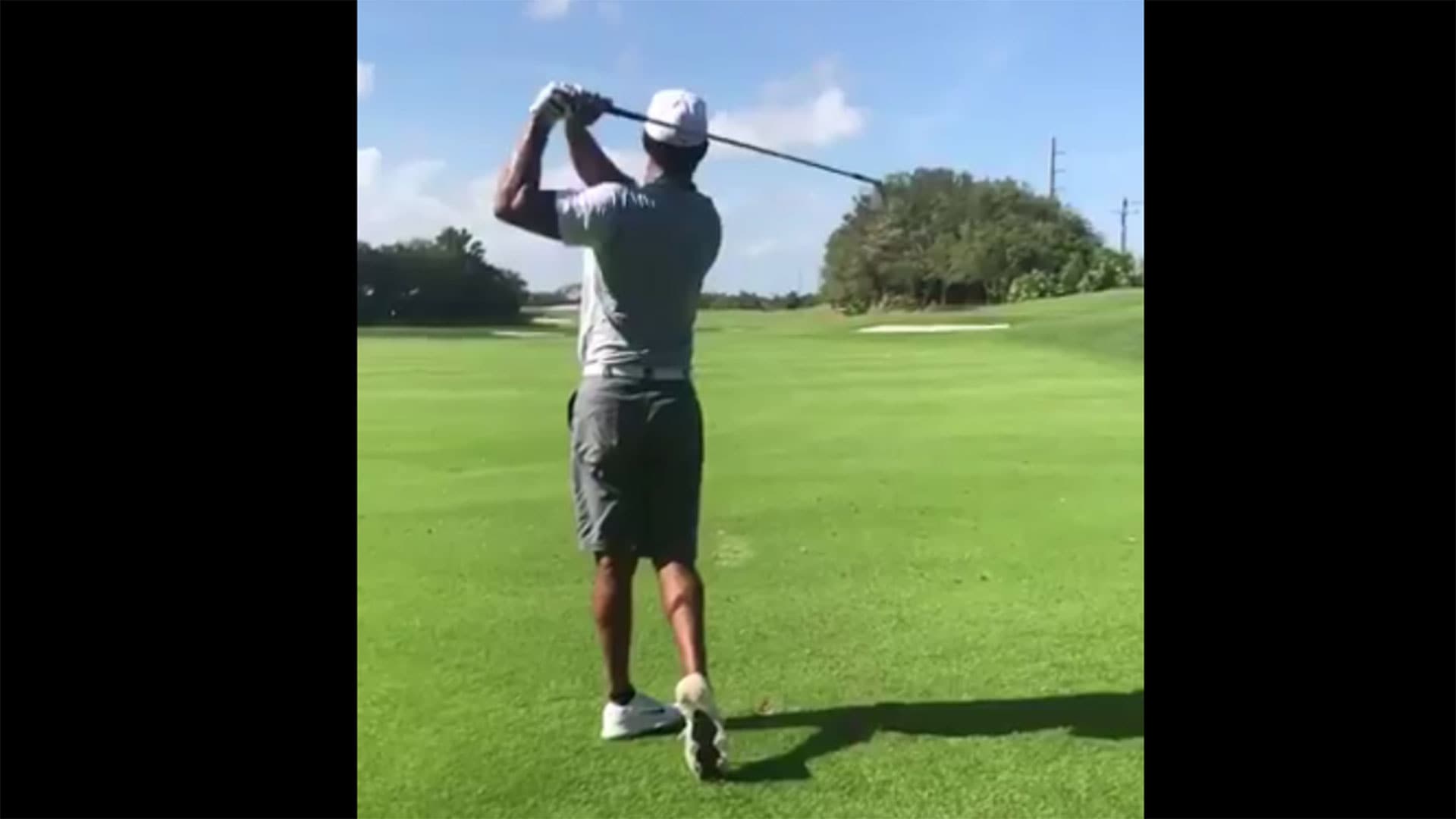 Tiger Woods' golf swing is getting a little longer.

Woods on Saturday tweeted this video, which shows him making a full swing with an iron:

It was just a little more than a month ago, on Aug. 31, that Woods tweeted a similar video of him hitting pitch shots after his doctor had given him the all clear to do so.

Woods followed that update with another in a blog post on Sept. 22, the week before the Presidents Cup, writing: "I’m starting to hit the ball a little further – 60-yard shots. I have not taken a full swing since my back fusion surgery last April, but continue to chip and putt every day."

Asked about his progress during an captains' new conference at Liberty National, Woods admitted, "I don't know what my future holds for me. As I've told you guys, I'm hitting 60-yard shots."

Woods underwent his latest back surgery, an anterior lumbar interbody fusion, in April. He has played only seven competitive rounds in the last two years.