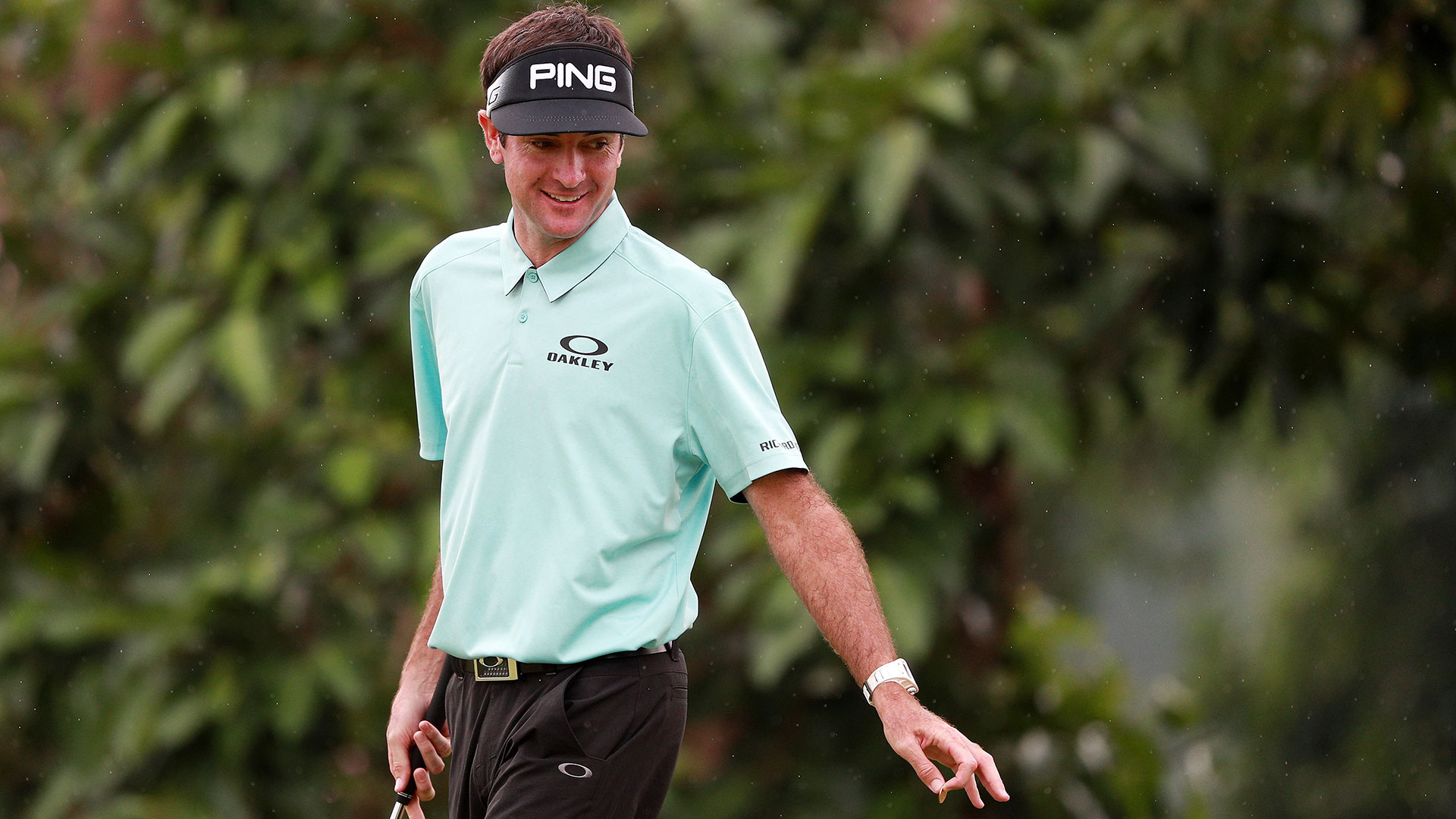 Bubba Watson has taken his game international this week, and the early results are promising.

While the PGA Tour heads back to the Lone Star State for the Valero Texas Open, Watson hopped in a plane and flew to China for the Shenzhen International. It's the third straight year Watson has headlined the field, where he finished T-29 in 2015 and T-8 last year. But after a 6-under 66 in the opening round at Genzon Golf Club, the southpaw enjoys a one-shot lead over five players.

Watson bogeyed the par-3 12th, his third hole of the day, but that proved to be his only blemish. He bounced back with birdies on three of the next four holes, then followed a birdie on No. 1 with an eagle on the par-5 second.

"I just made putts today," Watson told reporters. "Most of my swings and most of my shots were really good today and there were no bad swings in there, so it just made the score better."

Watson completed his round before a lightning delay postponed play for nearly two hours. Other notable first-round scores include Tommy Fleetwood (69), Ross FIsher (71) and Peter Uihlein (71).

The low round comes at an opportune time for Watson, who has struggled to find his footing in recent months. He entered the week ranked No. 22 in the world, his lowest ranking since before he won the 2014 Genesis Open. He hasn't cracked the top 10 in a full-field, PGA Tour event since March 2016.

But Watson did make it out of group play at the WGC-Dell Technologies Match Play, and despite a missed cut at the Masters he is happy he made the trip to China and is now on a course where he feels, of all things, familiar.

"The more you play the golf course, the more you are going to learn it and get better at it," Watson said. "Like the saying is, this is our home course, so after two years of playing it I should know by now."