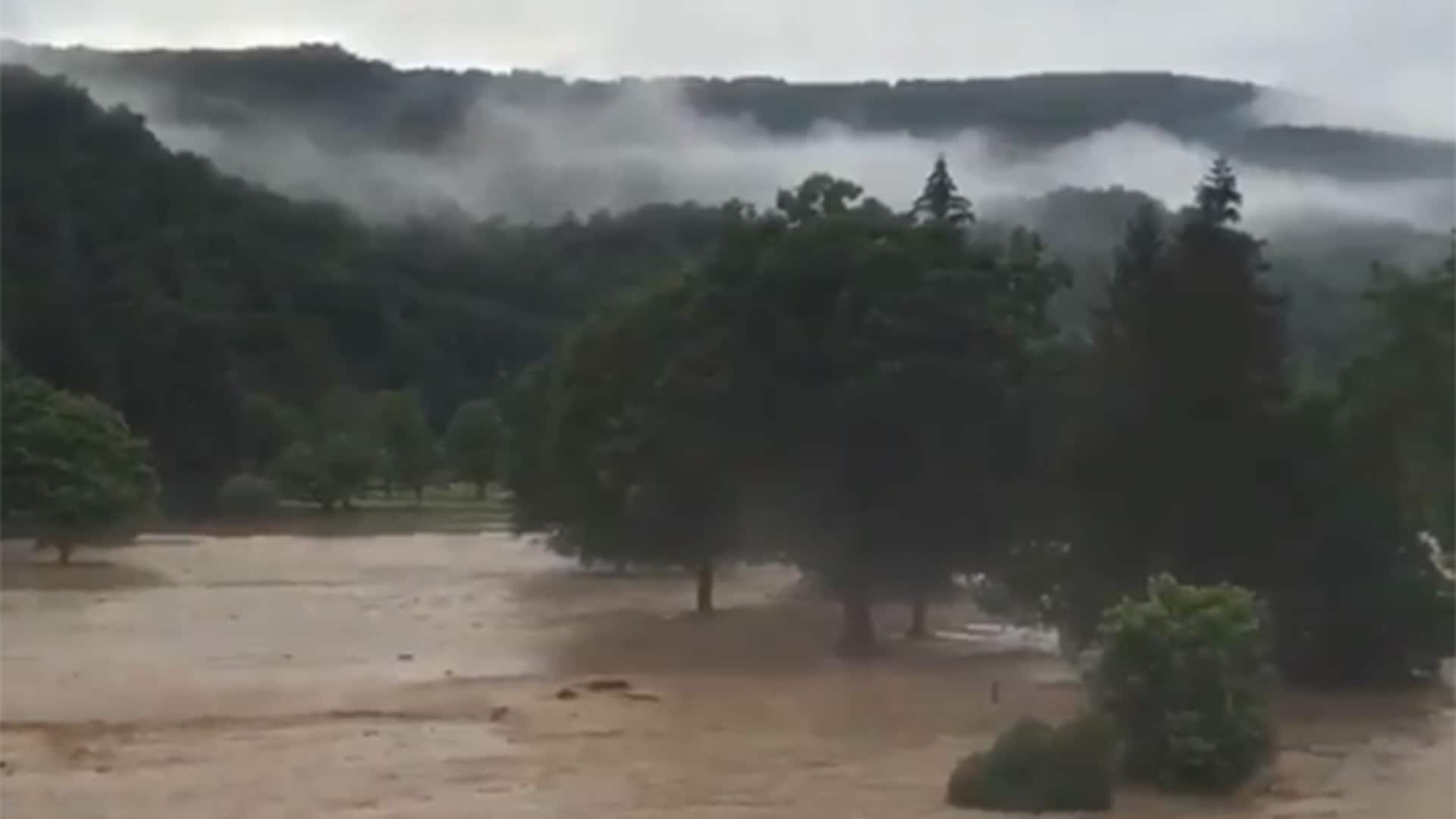 Heavy rains and significant flooding have put The Greenbrier underwater just two weeks before it is set to host a PGA Tour event - and Bubba Watson has the video to prove it.

Watson, whose family has a home on the property in White Sulphur Springs, W. Va., tweeted a video showing the effects of massive flooding on the golf course as he looked down the first fairway of The Old White TPC from its elevated tee box.

Flash flood warnings were put in effect Thursday across Greenbrier County, including some evacuations, after the area received more than five inches of rain. A state of emergency was also declared for the entire county.

The flooding has also begun to impact other areas of the property, according to resort owner Jim Justice:

Greenbrier owner Jim Justice reports severe flooding at the resort, including in the casino. Justice said homes at the resort are flooded.

Watson is expected to headline the field at The Greenbrier Classic, which will be held July 7-10.