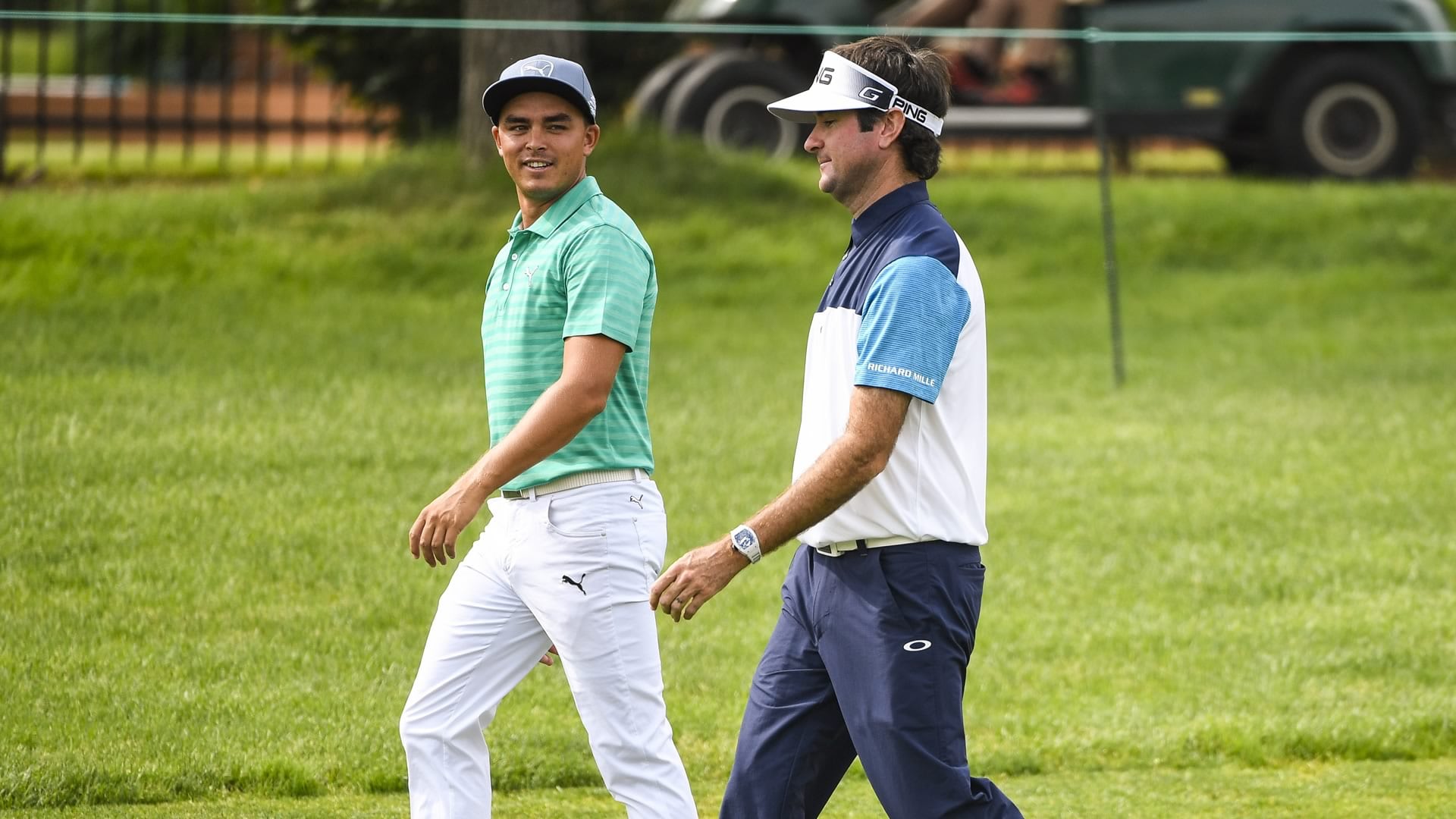 Bubba Watson came to Rickie Fowler’s defense on Thursday at the Memorial Tournament.

Playing alongside one another in the first round at Muirfield Village, a fan yelled something at Fowler after he missed a birdie putt on the 18th hole, solidifying an opening , 3-over 75.

While Fowler glared in the direction of the offender, Watson was more vocal.

The fellow Golf Boy, who was already nonplussed with his erratic 72, said, “Who said that?” When no one responded, Watson continued with, “Not so tough now, are you?”