Watson up to No. 4 after Northern Trust victory 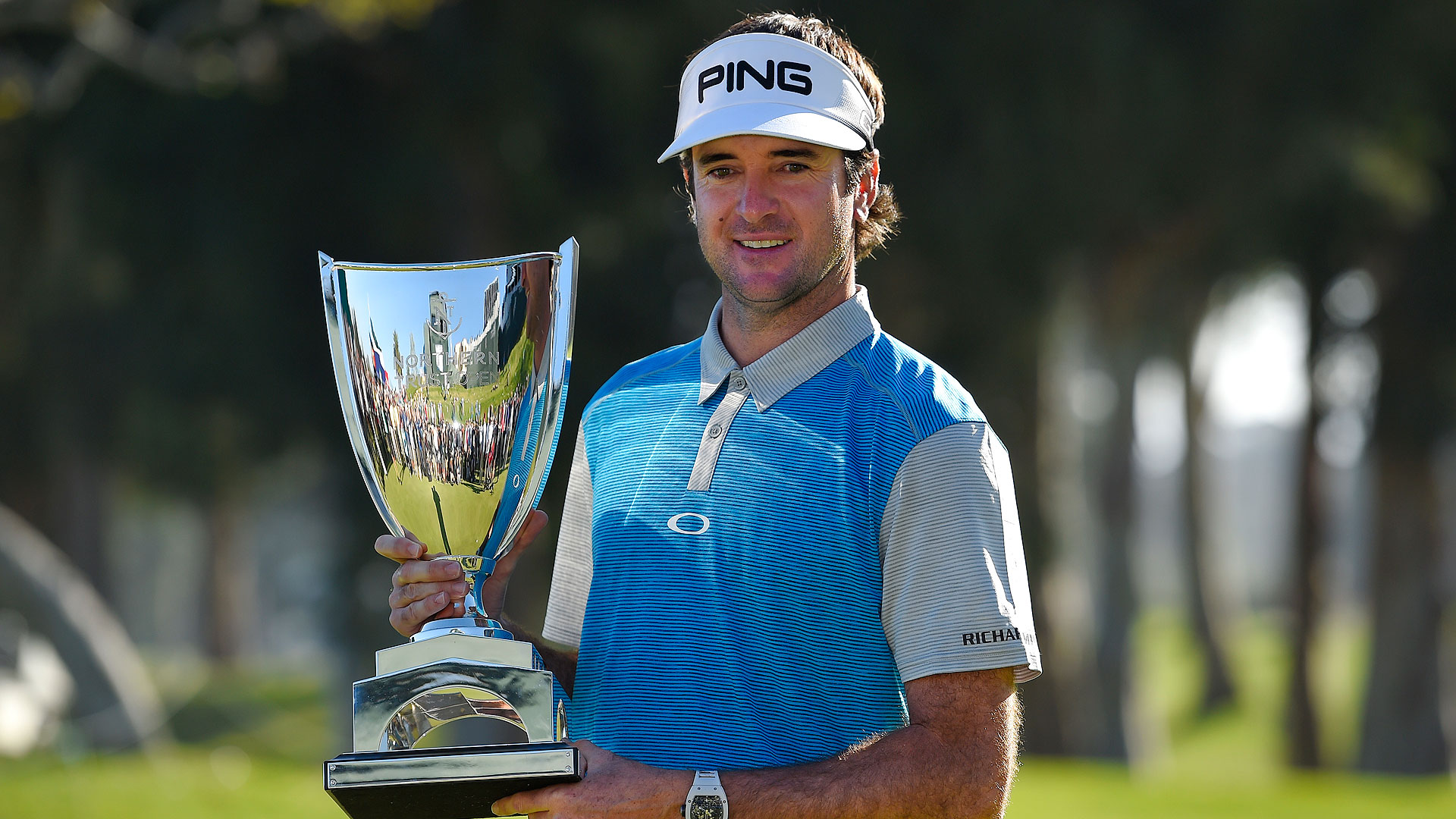 Bubba Watson is back where he began the year in the Official World Golf Ranking thanks to his win at the Northern Trust Open.

Watson staged a late rally to finish one shot clear of both Adam Scott and Jason Kokrak at Riviera Country Club, his second win there in the last three years. The victory allowed Watson to move past Rickie Fowler and Henrik Stenson to No. 4 in the newest rankings, extending an impressive run of consistency that has seen the southpaw ranked no lower than No. 9 since his win at the 2014 Masters.

While his 72nd-hole chip-in left him one shot short of another win, Scott moved up six spots in the standings to No. 13, just behind an idle Jim Furyk who was passed by Hideki Matsuyama. Kokrak's search for his first PGA Tour win continues, but his runner-up finish allowed him to move up 95 spots to No. 115.

Marc Leishman and K.J. Choi both tied for fifth at Riviera, results that moved Leishman up three spots to No. 27 and Choi up 31 positions to No. 102.

Further down the standings, Jamie Donaldson's T-54 finish was barely enough to move him up one spot from No. 51 to No. 50, supplanting Chris Kirk. It was a small but meaningful improvement, as Donaldson is now exempt for next month's WGC-Cadillac Championship while Kirk is not. Kirk will have another chance to book a trip to Miami by returning into the OWGR top 50 after this week's Honda Classic.

Watson's ascent was the only change among the top 10, as Jordan Spieth remains No. 1 and Rory McIlroy was unable to capitalize on a chance to pass Jason Day for the No. 2 spot. Watson is followed by Fowler, Stenson, Justin Rose, Dustin Johnson, Patrick Reed and Branden Grace.