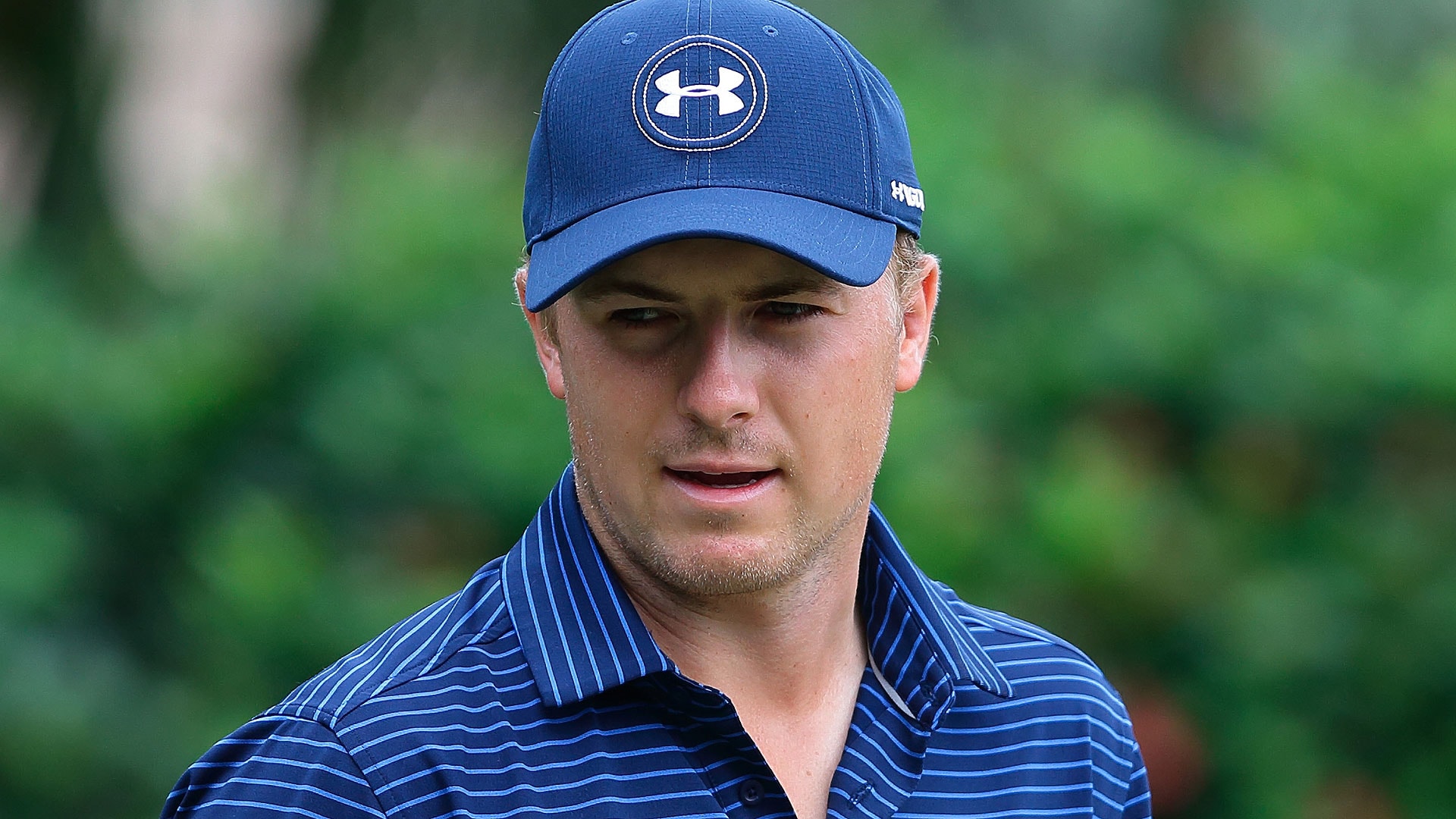 After a lengthy delay for lightning in the area, organizers of the Singapore Open called off play for the day and announced that Round 4 will resume at 7:30 a.m. Monday local time (6:30 p.m. Sunday ET).

World No. 1 Spieth was on the 18th green, assessing a 5-foot birdie putt that might have tied him for the lead, depending on what leader Younghan Song did two holes behind him, when the horn blew for a weather warning. Unlike a horn for darkness, players did not have the option of finishing the hole they were on, so everyone had to head for the clubhouse.

Spieth, 22, was at 10 under par for the tournament, 4 under for the day. He was tied with Wen-Chong Liang, who had finished, and two shots behind Song.

''It is what it is. I will come back tomorrow and try and win this thing,'' Spieth told reporters after play was called.

''I was due to leave tonight but next week was an off week anyway so we have changed the travel schedule and I will be there early tomorrow to try and finish this off.''

Spieth, who in the past few months has played in South Korea (for the Presidents Cup), China, Australia, the Bahamas, Hawaii and Abu Dhabi, began the final round five shots behind leader Song. Spieth played the front nine in 2 under, picking up two shots on Song, and added birdies at Nos. 11 and 15 to come another shot closer.

Spieth's birdie at 15 showcased his scrambling ability. His drive landed in the right rough, where he had to contend with trees. He had some temporary signage moved, then punched a low running shot onto the green, where it stopped 8 feet from the hole. He then made the putt to get to 10 under.

Song, 24, was resilient, saving several strokes with clutch shots or putts. He got up and down from well below the putting surface on No. 1, and did the same thing from a collection area on No. 10. Later he canned an 8-foot par putt on No. 14 to avoid a three-putt bogey.

Spieth made a huge clutch putt of his own on the par-3 17th. His tee shot landed in a tongue of heavy rough around a bunker, and he left his pitch about 15 feet short. But just when it seemed he would make bogey and fall out of contention, he calmly rolled in the par putt.

''My game really started to come together on the back nine. I was putting some pressure on the leader,'' Spieth said. ''Assuming I make that putt on 18 that is going to put some pressure on.''