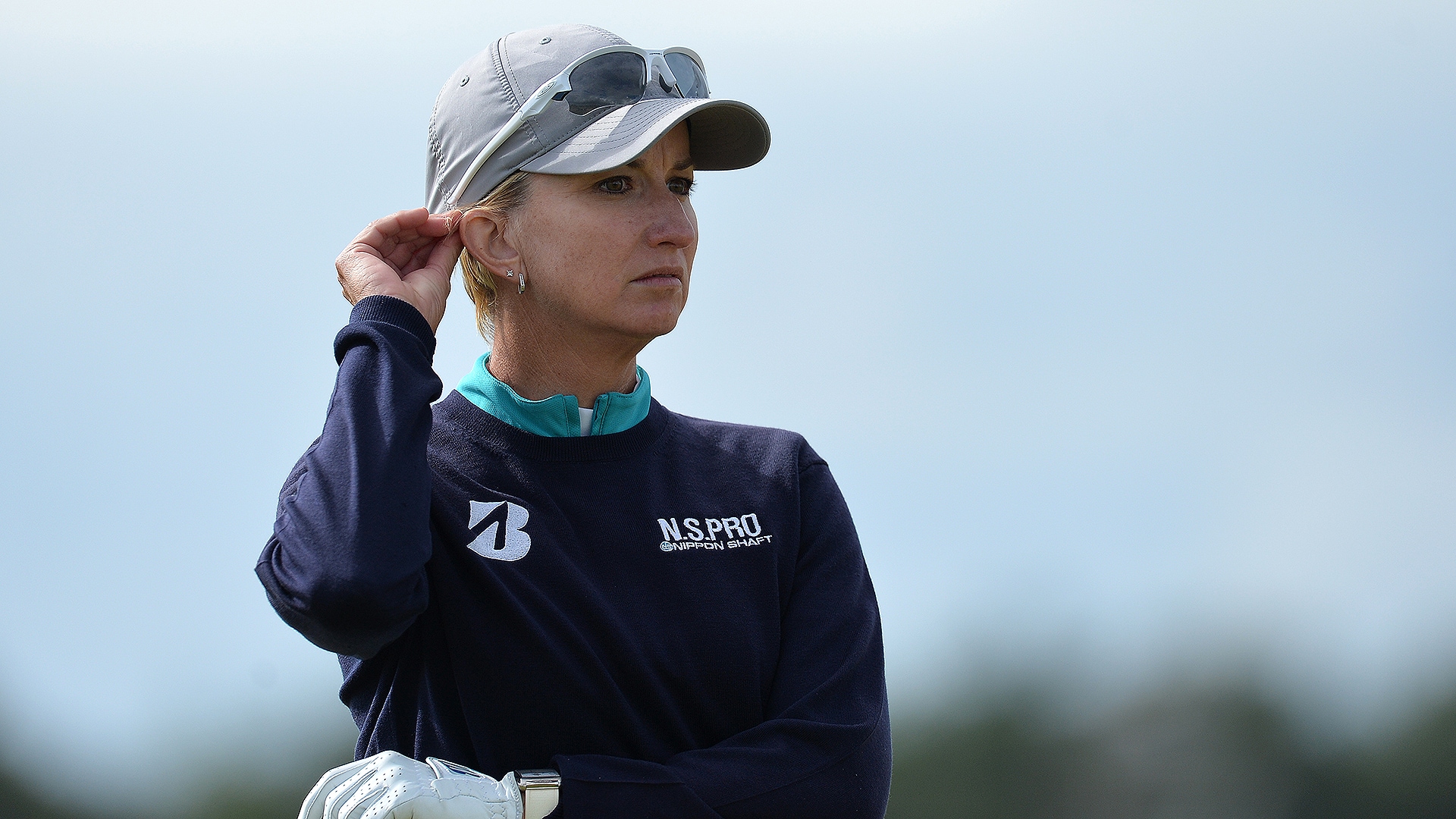 Hall of Famer Karrie Webb’s “experimental” year continues with just her second start of the season at this week’s Volunteers of America Texas Classic.

Webb announced at year’s start that she was dramatically cutting back her schedule, to just nine or 10 events this year, as she seeks to cultivate a larger life outside of golf.

Webb, 43, told the LPGA podcast team of Bret Lasky and Amy Rogers this week that her performances as a part-time player this season will dictate how much she’ll play next year and beyond.

“It’s a transition,” Webb said. “I would love to think I could play part-time and be competitive. I don’t want to play 10 tournaments and just be out here. I would like to think I could play well. I guess this year is just an experimental year, to see how that all fits in. It would be great if I could do that. I might do that schedule for a few years.”

If Webb doesn’t feel like she is competitive as a part-time player, she hinted it could lead to her more significantly stepping away from a tour schedule, though she said she would never use the word retirement.

“I don’t know if I will ever say ‘This is it,’ because there’s the Legends Tour, and there is other golf to play,” Webb said. “I might not be on the LPGA, but it doesn’t mean I’m not playing golf.”

With 41 LPGA titles, seven of them majors, Webb said she still enjoys competing. At year’s start, she said she took note of Steve Stricker’s scheduling, and his ability to remain competitive while cutting back his PGA Tour schedule a few years back. She’s hoping that model works for her.

Webb spent two-and-a-half months in Australia at year’s start, her longest consecutive stay in her homeland since she began playing the LPGA. She says she is playing less to try to enjoy the life she has missed outside of golf.

“When I was in my 20s, making decisions between a friend’s wedding or golf or some life event, it was very easy to choose golf and my career,” Webb said back in February. “As the years have gone on, I’ve still put golf first, but the last handful of years I haven’t felt good about always choosing golf.”

Webb will play the Kingsmill Championship in two weeks and then the U.S. Women’s Open, which awarded her a special exemption to play at Shoal Creek, at the end of this month.