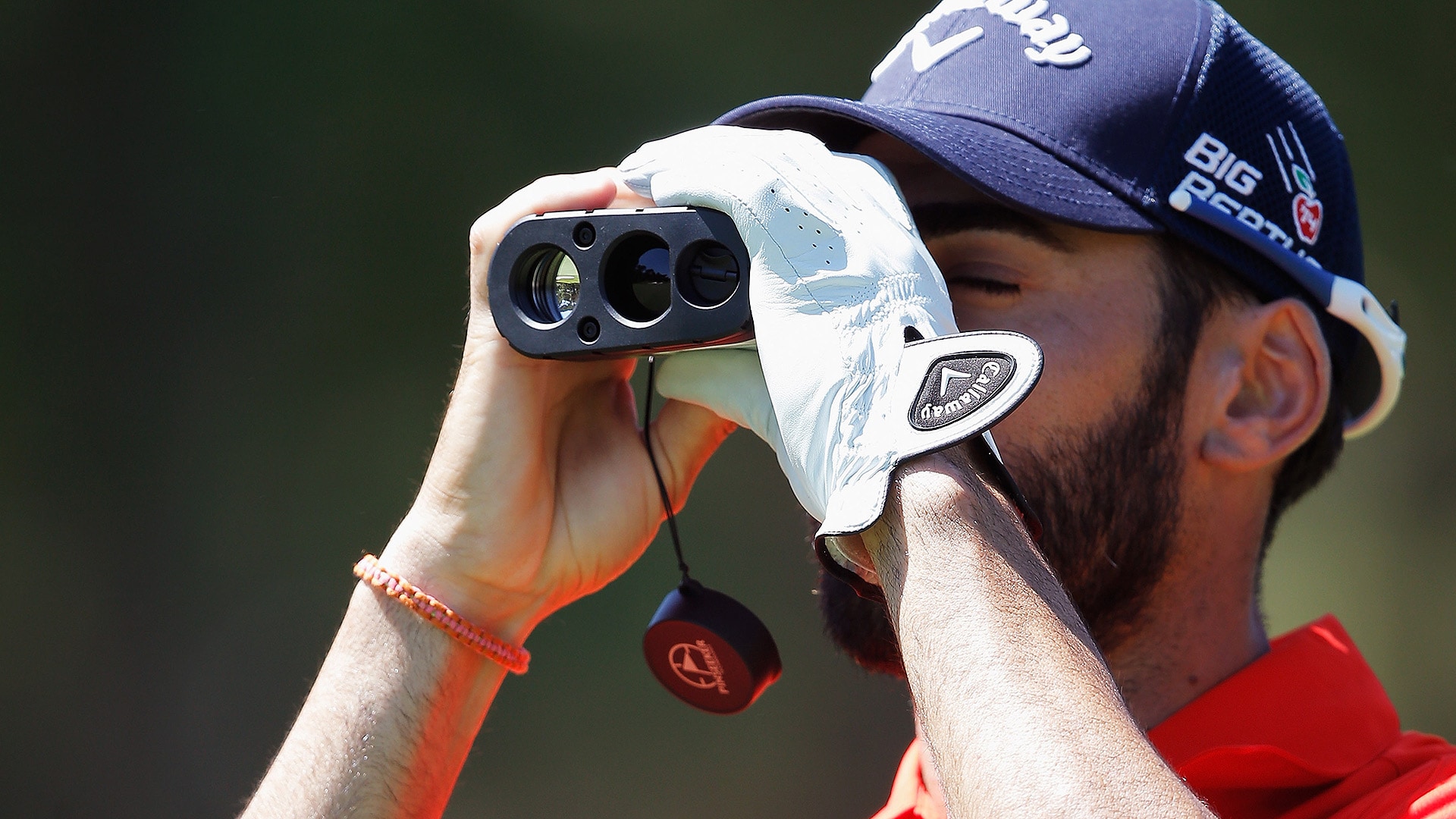 The first of four test events allowing players to use distance-measuring devices during competition on the Web.com Tour was held last week with largely positive, albeit incomplete, feedback from players and fans.

The BMW Charity Pro-Am in Greenville, S.C., was shortened to 54 holes because of weather delays and the pro-am format probably didn’t give officials or players a chance to fully gauge how DMDs could impact pace of play, but the first test did provide at least partial answers to some questions.

“This is not just about pace of play, there are other elements that include the fans," said Web.com Tour president Dan Glod. "We wanted to see how our fans would respond and what it would look like to see guys with range finders.”

On this front, having players laser targets didn’t appear to take away from the competition for fans either on site or watching at home, although it did take some time for the players to become comfortable with the notion.

“It felt strange, it didn’t look strange because we do it every Monday, Tuesday and Wednesday [during practice rounds], but the first couple of times I pulled out the range finder I was like, ‘Did I do something bad? No I can do whatever I want,’” said Jason Gore, who tied for fifth place at the BMW Charity Pro-Am.

The event was the first of four tournaments that will test the use of DMDs on the Web.com Tour – including the Rex Hospital Open, (May 29-June 4), the Rust-Oleum Championship (June 5-11) and the Air Capital Classic (June 12-18) – and there will be similar test events on the Mackenzie Tour-PGA Tour Canada and PGA Tour Latinoamérica.

Earlier this year the USGA and R&A unveiled a list of proposed changes to the Rules of Golf that included an adjustment to Rule 14-3/0.5 that governs the use of DMDs in competition. Under the proposed rule, players would be allowed to determine distance, but will not be allowed to use the slope or elevation functions found on many modern range finders.

Glod said the use of DMDs last week didn’t have an impact on pace of play, primarily due to the format, but most players agree a range finder would likely only speed up play if a player hits a shot dramatically off-line.

“We’ll find out when the pace of play picks up in the next few weeks, but I don’t think it’s going to help unless you’re well off line,” Gore said. “It would be a much bigger deal if we could use slope, you wouldn’t have to use the [yardage] book then, we still have to look in the book and figure out the percentages.”

Gore said the vast majority of the field last week used a DMD, but early indications suggest they weren’t being used as often as one might have thought.

“The interesting piece for us was some players didn’t use the DMD for every shot, some only used it a dozen times over three days,” Glod said. “They still use yardage books and the interaction between player and caddie.”

Once all of the test events are completed the evaluation will be presented to players on the Web.com and PGA tours.