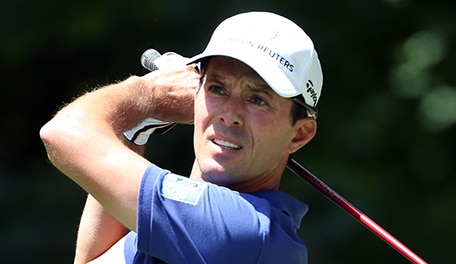 Mike Weir is taking an "indefinite leave of absence" from competition. The 2003 Masters champion, an Ontario, Canada native, tweeted this Friday afternoon, ahead of next week’s RBC Canadian Open:

I have decided to take some time off from golf competition for personal reasons. Thanks to my fans for their support. pic.twitter.com/hsfB6EXqNa

After playing just one hole in his second round last Friday, Weir withdrew from the John Deere Classic, citing personal reasons.

The 45-year-old has played 18 Tour events this season and made one cut, in November at the CIMB Classic. He had a runner-up finish at the 2014 Byron Nelson Championship, his lone top-10 on Tour since 2010.

He has exhausted both his top-25 and top-50 career money list exemptions, and has been playing in recent seasons on Major Medical Extensions – because of wrist and elbow injuries

Weir’s eighth and most recent Tour victory came in 2007.