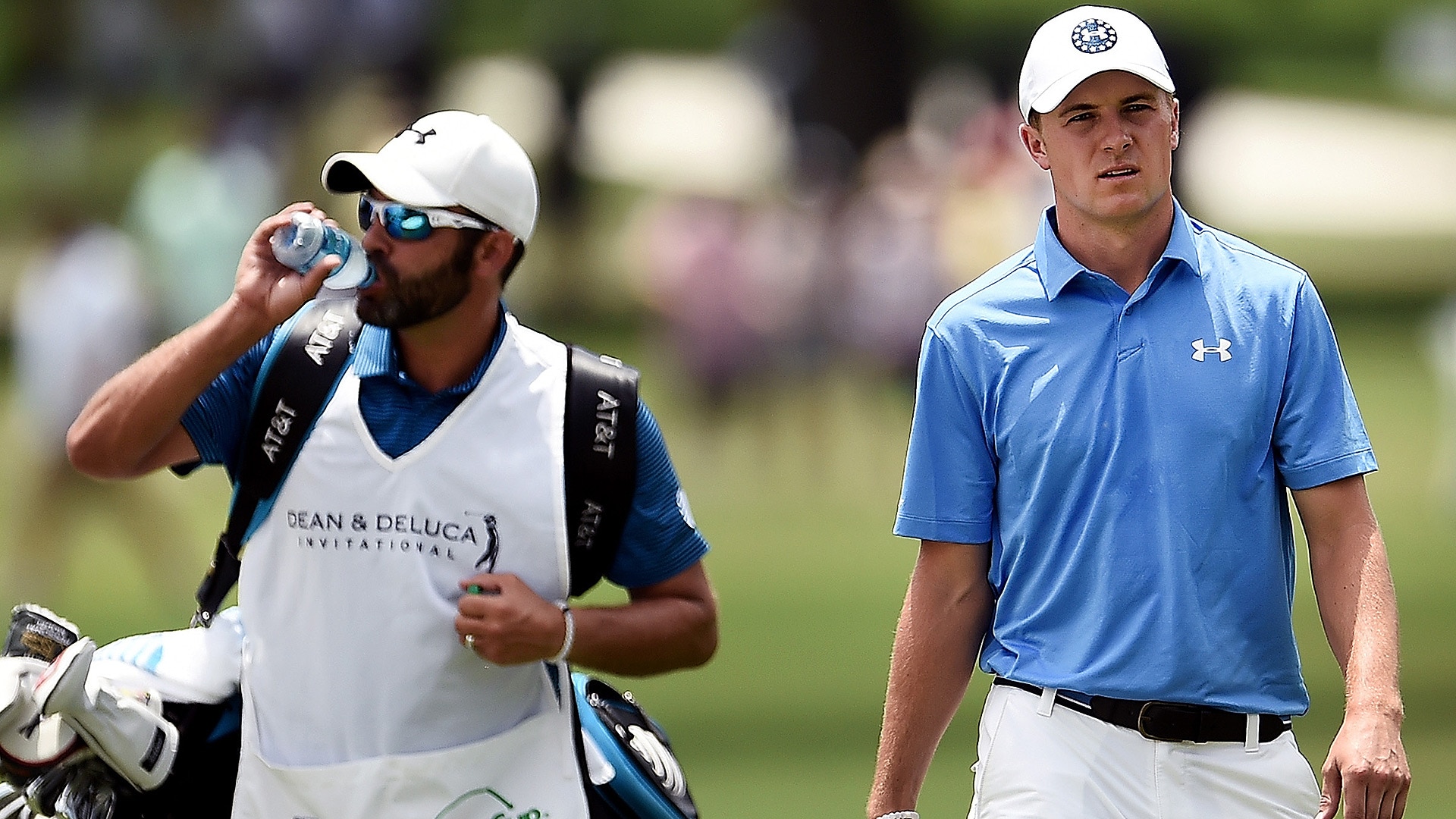 FORT WORTH, Texas – Saturday’s third round at the Dean & DeLuca Invitational was a difficult welcome to summer.

The heat index reached 108 degrees at Colonial and the humidity hovered around 60 percent, sending players scrambling for shade and water and one caddie to the medical tent.

“It was tough out there because it was so hot. Legs getting Jello-y. Real loose,” Spieth said. “I had a little lapse in concentration for a few holes, just a dizziness where anybody would have where you're just kind of not fully there.”

There is some relief in sight for Sunday’s final round, with the wind switching from the north and the chance for early morning storms, which prompted officials to shift tee times and send groups off the first and 10th tees in threesomes.

That was of little help on Saturday, however.

“Everybody is talking about it. It's like topic No. 1 in the locker room and on the range,” Stewart Cink said. “I think the main thing is it's really the first heat of the year we've experienced. We're just not accustomed to it. Not yet. If it was this hot in August we wouldn't even be mentioning it.”