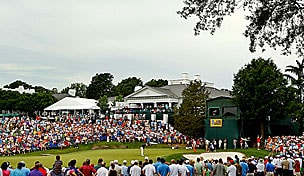 The PGA Tour announced Tuesday that Wells Fargo has signed a five-year extension as title sponsor of the Wells Fargo Championship, confirming a decision that was anticipated earlier this week.

Wells Fargo has served as a sponsor since 2003, and now their relationship with the Charlotte, N.C.-based event will continue through at least 2019.

"The Wells Fargo Championship has become recognized as a premier tournament and a favorite among the players since it made its debut on the PGA Tour in 2003," PGA Tour commissioner Tim Finchem said as part of the announcement. "Credit certainly goes to the ongoing dedication and support of Wells Fargo, as well as the commitment of Quail Hollow Club president Johnny Harris and the leadership of tournament executive director Kym Hougham and his staff."

As part of the announcement, the Tour also confirmed that the event will temporarily move to Eagle Point Golf Club in Wilmington, N.C. for the 2017 edition of the event, as Quail Hollow will host the PGA Championship that summer.

This year's event will be played May 1-4. Derek Ernst will return as defending champion, having survived a rainy playoff with David Lynn to capture his first career PGA Tour title a year ago. 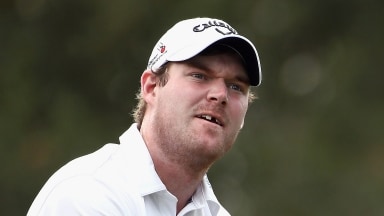 Grayson Murray reportedly parted ways with his veteran caddie during the middle of the final round Sunday at the Wells Fargo Championship. 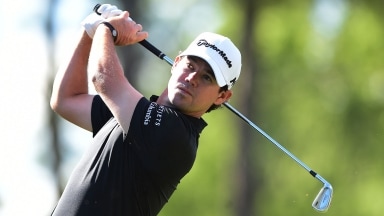 Brian Harman's Wells Fargo win put him in great position to earn a U.S. Open exemption later this month via the OWGR. 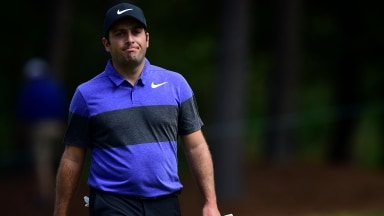 Italy's Francesco Molinari shot a 6-under 66 in the opening round to take a one-shot lead over a large group of contenders at the Wells Fargo Championship.