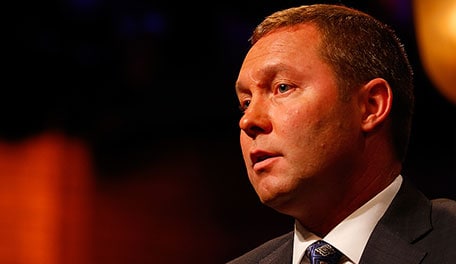 LPGA commissioner Mike Whan might have faced as much heat over his denial of Brooke Henderson’s petition for a waiver of the tour’s 18-year-old age restriction last year as he did over his declaring the Evian Championship the fifth major in women’s golf.

The National Post of Canada called Henderson’s victory Sunday at the Cambia Portland Classic a “convincing indictment” of the LPGA system that initially “rebuffed” her bid for membership. Whan granted Henderson’s petition for a waiver Tuesday, allowing her to take up LPGA membership before the start of this week’s Canadian Pacific Women’s Open. She will turn 18 on Sept. 10.

Whan gets dozens of petitions for waivers every year, but he has firmly stood by his stance that an underage player needs to win an LPGA event before he’ll consider granting tour membership. He said Lydia Ko and Lexi Thompson were the standard Henderson needed to meet. Now, for future teens petitioning, he has Henderson’s name to add to theirs.

Canadian media asked Whan Wednesday to explain the philosophy behind that stance.

Whan said part of his stance involves player responsibilities that go beyond putting up a score, that require a level of maturity in interacting with adults in pro-ams and in other important LPGA responsibilities that take them outside golf courses. He said it’s also about the rigors of international travel so built into the LPGA game.

“I always tell players, today you have to be a host,” Whan said. “If you're a good host, then you can play for big money on Thursday. But part of being an LPGA member is what you're doing outside of Thursday to Sunday, and every LPGA player knows that. There is a pretty significant demand on your time. So, in general, we would say we would rather not have to have people face that too early.”

Whan said there is more, too.

“The other thing I'm trying to avoid is I don't want people's greatest golf experience to be between the ages of 12 and 16 and totally burn out,” he said. “So I want to make sure they're playing at age-specific and quality-specific ranks. So like I said, there are a lot of people all over the world that said they're ready for the LPGA right now. I'm not saying I'm a hundred percent right in all my yesses and nos, but I have to look at the resume, the maturity, the team that's built around them and say, `One, are they ready?’ and two, `Is this the only place they could really go to continue to build their playing skills and resume?’”

Speaking specifically about his denial of Henderson’s waiver to go to Q-School last year, he said: “When I said no the last time, I looked at her record, especially playing LPGA events, and I know she had a T-10 in the U.S. Women's Open, but other than that, it was really 24th or higher. It didn't seem like a player who wasn't going to be able to find quality competition outside of us. I usually look and say `Is the only way for this player at this age to get competition at our level?’ I didn't feel that then. And I would tell you that her resume today versus her resume a year ago is a hundred percent different.

“As I told her on the phone . . . She went out and earned it the old fashioned way and proved that she belonged.”