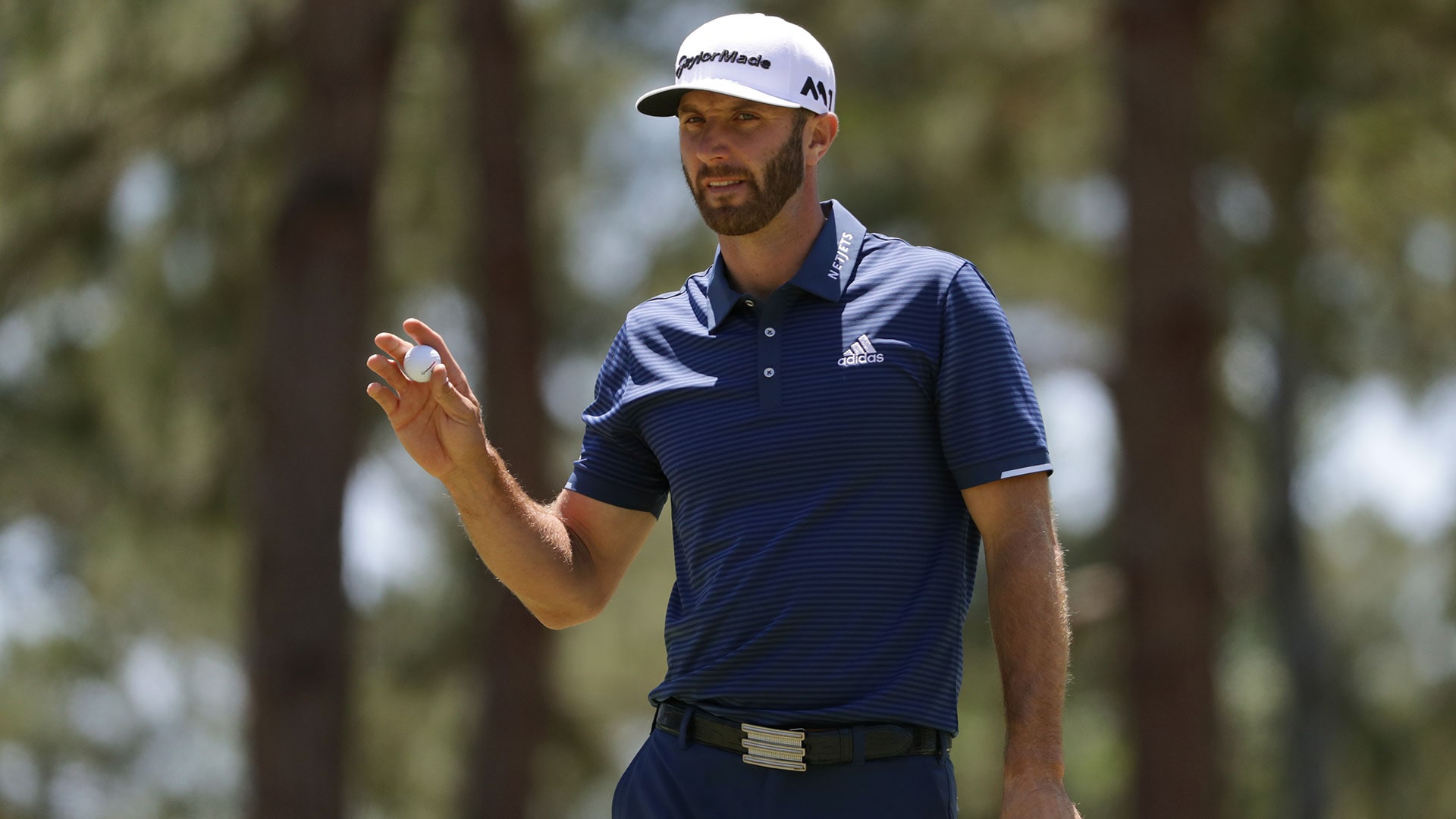 WILMINGTON, N.C. – Dustin Johnson could only sit and watch Brian Harman finish with back-to-back birdies to win the Wells Fargo Championship on Sunday, but considering how the world No. 1 began the week it wasn’t all bad.

In his first start since injuring his back and having to withdraw from the Masters, Johnson rebounded from a second-round 75 with back-to-back 67s on the weekend that left him a stroke behind Harman.

“I did have a lot of time off so I didn't really know what to expect this week because I didn't really get to practice leading into this tournament, either, so most of my practice I've done since I've been here,” Johnson said.

After a decent start (2-under 70), Johnson struggled in Friday’s wet and windy conditions, bogeying two of his final three holes on Saturday morning to fade back into the pack.

But he slowly played his way back into the hunt and took a share of the lead with a 15-footer for birdie on the 18th hole. Although that rally fell short, Johnson – who will begin next week’s Players Championship as the clear favorite – said he was pleased that his game was sharp after his injury-induced layoff.

“Not much has changed,” he said. “The first couple days I didn't play that great, but really played nicely on Saturday and Sunday, and so I'm happy with where the game is going into next week.”