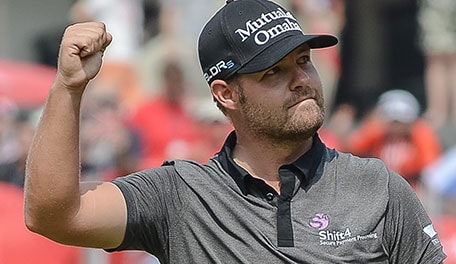 Ryan Moore is turning into the PGA Tour's version of the Tooth Fairy: No matter how hard you try to stay awake and catch him in the act, you’ll inevitably fall asleep and wake up to a pleasant surprise in the morning.

For the second straight year, Moore gave U.S. golf fans a reason to feel a little richer when they lifted their heads off the pillow, as he successfully defended his CIMB Classic title in Kuala Lumpur for his fourth career victory.

Just four events into the current season, Moore becomes the first player to build on a 2013-14 triumph and now owns wins in each of the last three calendar years - easily the most unheralded player to accomplish that feat.

It's all about timing, really. Claim one during the dog days of summer, when sports fans are clamoring to be entertained and the schedule fits nicely into the pre-dinnertime viewing window, and a player will be afforded all the spoils of such an accomplishment: They'll be a household name for 15 minutes, the talk of the local 19th hole, maybe even start trending on Twitter.

Win one when the fans back home are largely studying the backs of their eyelids, though, and a player will somehow be derided as less worthy, despite the fact that seeing and believing need not be mutually exclusive concepts.

At some point later this season, a graphic will flash on TV screens across the nation touting Moore's four career wins - he won the late-season Wyndham Championship in 2009 and the even later-season Shriners Hospitals Open in 2012 - and it will be met with cartoonish head-shaking in disbelief, simply because even the most stout observers didn’t catch all of the action.

Moore doesn’t deserve such scrutiny, though. He not only won these events fair and square, he won some pretty good ones, at that.

This year’s edition of the CIMB might have provided the most eclectic field in recent memory – it felt as if someone had picked exemptions out of a hat that included names of all the world’s top-500 players – but that doesn’t mean there wasn’t viable competition. Just behind him on the leaderboard were Sergio Garcia and Gary Woodland, providing instant credibility for anyone who didn’t see him with their own eyes.

Too often, we fall victim to over-praising the flavor of the week. A player vanquishes a strong list of contenders and, well, it’s hard to see how and why he can’t do that more often. Whether it’s parity or simply the cyclical nature of the game, it usually doesn’t come to pass, our attention is instead directed toward subsequent champions.

With that in mind, and even though he didn’t follow wins in either of the last two years with more of ‘em, at 31 years old, Moore has the feel of a guy on the verge of breaking into his prime. If the ol’ eyeball test doesn’t do it for you – especially if those eyeballs were closed while he was winning – then check the numbers.

The PGA Tour’s all-around statistic is a telling barometer for which players do everything well, and can often predict which ones are simply waiting for their turn in the spotlight. Last season, Moore finished 12th in this ranking, which tells us he does everything well, from driving accuracy (ranked ninth) to ball-striking (23rd) to the all-important act of making birdies (21st).

This isn’t anything we didn’t know about him nearly a decade ago, when he was an all-everything amateur at UNLV and seemed like the next big thing on the pro circuit.

Moore’s career has been fraught with close calls and near-misses – his four wins are backed by eight other top-three finishes – but he’s steadily been improving and learning how to win, even if it was under cover of darkness back in his home country.

Even if you didn’t see it, don’t fail to believe that it happened. 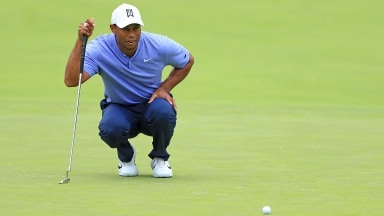 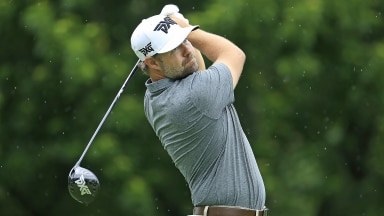 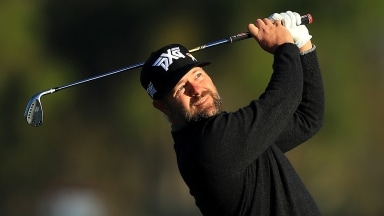 Watch: Moore makes ace on No. 17 at Players

Before Ryan Moore put his tee into the ground on No. 17 during Round 1 at The Players, there were 857 tee shots hit since the last hole-in-one during tournament play.