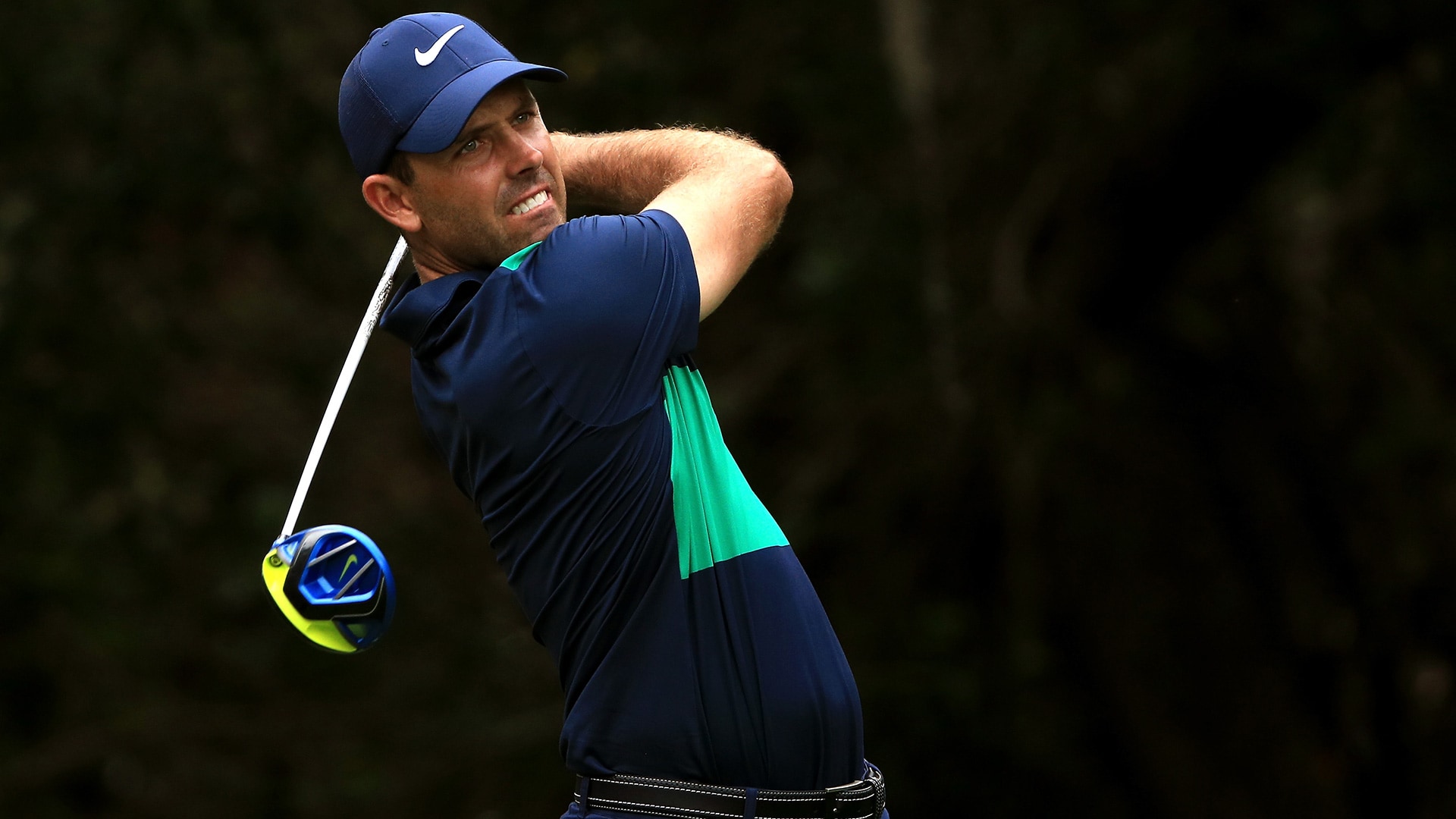 AKRON, Ohio – Charl Schwartzel likely took the most scenic route of any participant this week at the WGC-Bridgestone Invitational.

While many top players took a week off following the U.S. Open, Schwartzel instead jetted halfway across the world to play in the ISPS Handa Global Cup in Japan. Schwartzel said he enjoyed playing the event last year, but when he committed to return he was unaware that it fell between a major and a WGC event.

While he finished T-5 in Japan, the intercontinental travel has taken a toll on his body this week in Ohio.

“I haven’t been sleeping very well. I’ve been taking sleeping tablets just to fall asleep. It’s not ideal,” Schwartzel said. “Definitely as the week has been going on, though, I’ve started to feel like I’ve got more energy and it’s been getting better.”

The jet ag didn’t seem to faze Schwartzel during the back nine of Saturday’s third round, where the South African carded five birdies in an eight-hole stretch to surge into contention. He shot a 3-under 67 despite a bogey on the last hole, and at 2 under he trails by three shots.

It marks a continuation of good play for Schwartzel, who won earlier this year in Tampa and has finished T-25 or better in each of his last four worldwide starts.

“My golf swing is just getting into a good place. I’ve got the odd few days where I’m not playing well, but for the most part it’s been solid,” he said. “The key for me at this stage is driving. If I can keep the ball in play off the tee, then I’ve got a good chance of scoring well.”