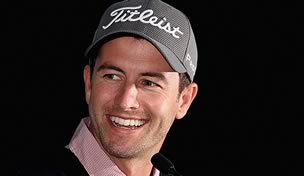 Getty Images
Who needs a traditional putter? In the second round of the Frys.com Open in early October, Geoff Ogilvy was pretty good without his flatstick. Bending his putter after a double bogey on his 14th hole of the day, according to his caddie, Matthew “Bussy” Tritton, Ogilvy proceeded to play his remaining four holes in 1 under par using a wedge on the greens. He shot 5-under 66 and made the cut. (Getty Images)  -

I voted for Adam Scott.

On the heels of Thursday's announcement that Scott won the Golf Writers Association of America Male Player of the Year award by just five votes over Tiger Woods, this is somewhat relevant information.

As a group, I've already seen the GWAA criticized by fans on Twitter for either having a bias against Woods or simply getting "tired" of voting for him, much like the accusation which rankled NBA voters when they awarded MVP honors to Karl Malone over Michael Jordan back in 1997.

I can't speak for the other voters who chose Scott, but that wasn't the case for me. I just thought Scott had the more impressive season.

The truth is, if you want to blame someone, blame Tiger. That's because he's personally placed such a premium on major championships during his career that we've all probably started to attach a little too much weight to their importance over other tournament titles.

Think of it this way: Woods had five worldwide wins this year and no majors. Scott had four worldwide wins and, of course, won the Masters. (The GWAA award takes all events into account, not just those on the PGA Tour.) Would Tiger trade his year to have another green jacket hanging in the closet? You betcha. Would Adam trade his for an extra trophy and greater consistency? No way.

Save me the rhetoric, too, that two of Scott's wins came against less than stellar fields. The fact that they're part of the Aussie triple crown and mean more to him than most regular PGA Tour events should outweigh that notion. Besides, as any BCS coach worth his weight in computer rankings will gladly tell you, you can only beat who you're playing against.

All four were viable options this past year. All four had moments of brilliance and multiple successes.

Which pretty much gets us back to the main point. This is why we vote on these things: to offer our opinions. My opinion just happened to be that Scott had the most impressive year of any male golfer in 2013. And plenty of my colleagues agreed. 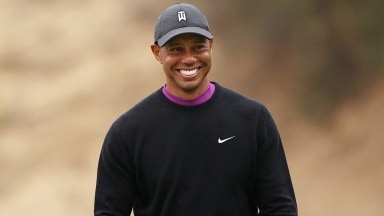