Why is Spieth with Palmer? He lost to his caddie 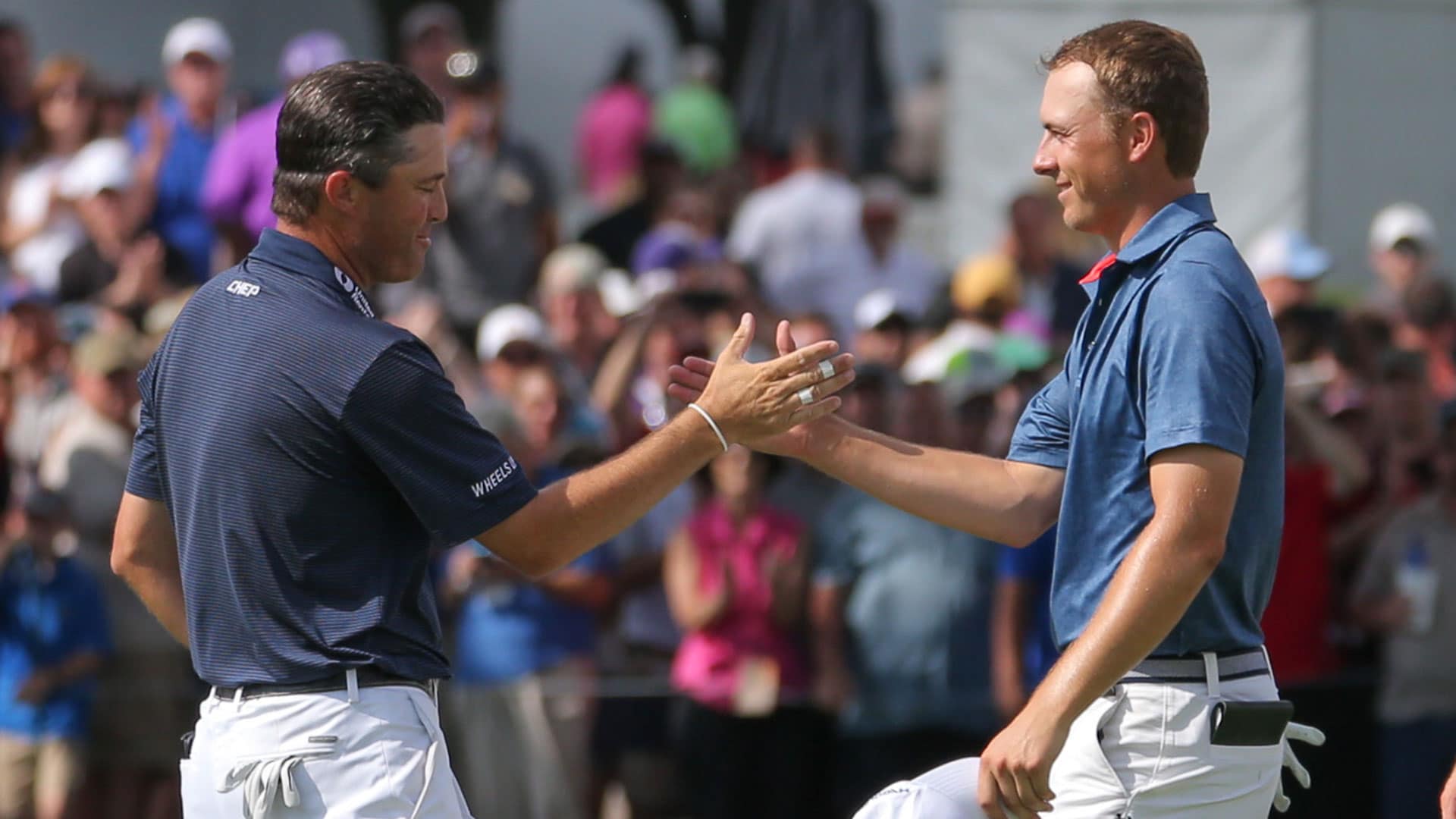 AVONDALE, La. – The Jordan Spieth-Ryan Palmer partnership at the Zurich Classic is obvious for many reasons – fellow Texans, close friends – but there’s an even better backstory behind their union.

Before they teed off, Edmondson made a wager with Spieth: If I beat you today, you have to partner with Ryan at the Zurich.

“James played good that day,” Palmer said, “and that turned out to be the winning formula for this team, I guess.”

Asked to clarify whether the match was straight up or if strokes were given, Spieth was coy about the details.

The event’s new team format helped persuade Spieth to add the Zurich to his schedule. He has played the event only once, in 2013, when he missed the cut.

Even before the wager, he said, “If I did [play], it was going to be with Ryan.”