Wie (68) back in attack mode with driver at ANA 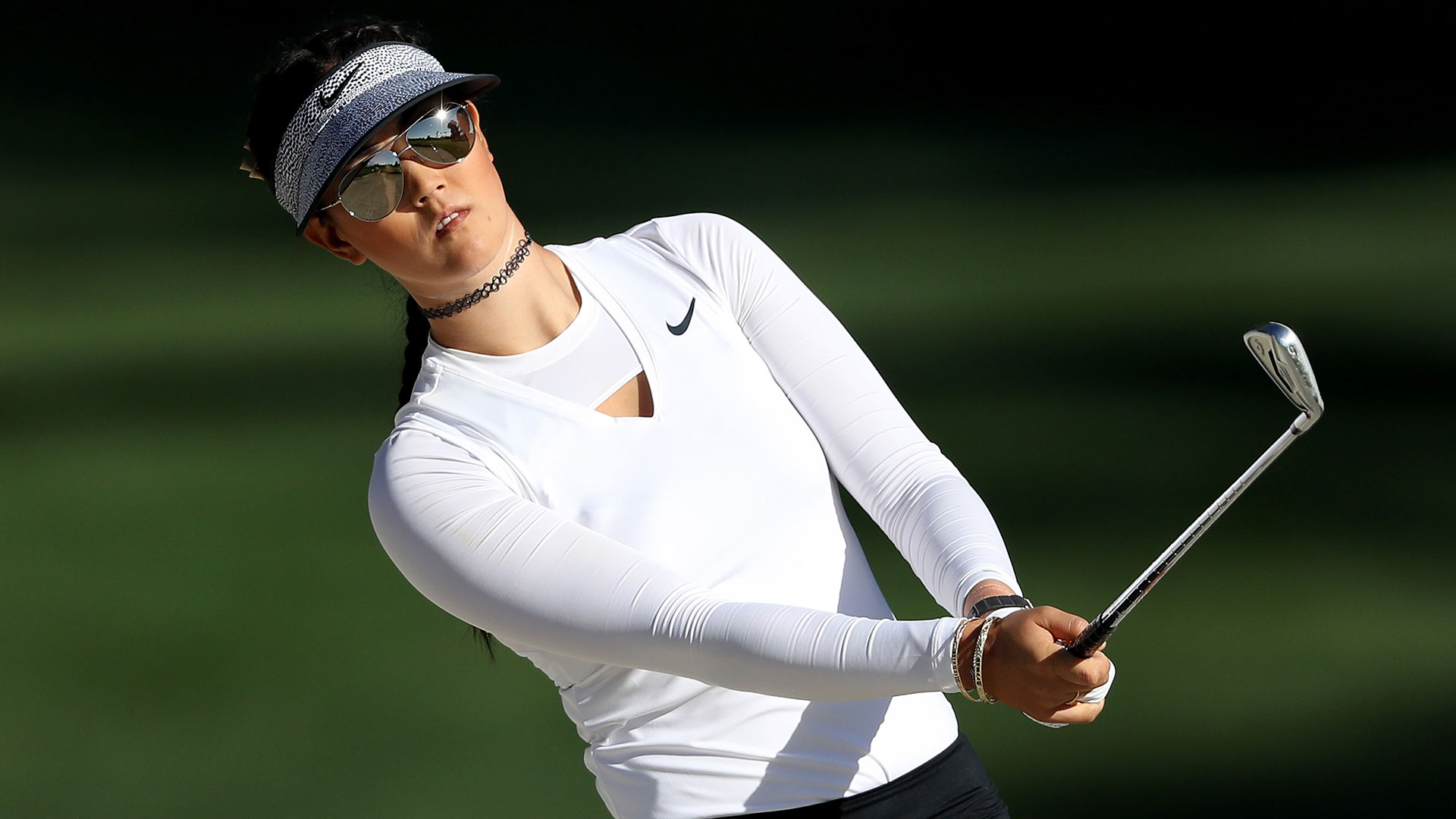 With driver in hand, she played aggressively Thursday at the ANA Inspiration, opening with a 4-under-par 68 that left her one shot off the lead when play was suspended due to high winds in the afternoon.

“I’m hitting a lot more drivers than I have in the past, and it feels good,” Wie said.

Wie hit just six of 14 fairways, but it didn’t really matter. She played a nice game of bomb and gouge. Even when she missed fairways, she attacked, hitting 14 greens in regulation.

Wie averaged 295.5 yards per drive in the first round, fifth among the morning wave.

“When Michelle was young, the driver was her key club,” Leadbetter said. “She loved hitting it, but over time she got a little negative with it as she got in trouble with it.

“This shows her inner confidence coming back.”

“It’s all part of her playing more aggressively, rather than defensively,” Leadbetter said.

Three years ago, when Wie lost a final-round duel to Lexi Thompson at the ANA, she played conservatively, hitting a lot of 3-woods for position. Thompson won hitting driver just about everywhere, bombing and gouging her way around the Dinah Shore Course.

Wie’s new putting stroke continues to deliver. She needed just 26 putts in the first round. She holed a 35-footer for birdie at the 17th.

Wie’s using what Leadbetter calls a “modified claw” approach. Wie, who abandoned her “tabletop” stance after missing the cut in the season opener, is putting with an upright stance, where she puts her right hand on the club as if she’s going to use the Sergio Garcia-style claw grip, but then switches her hand back to a conventional grip just before making the stroke, leaving her elbows wide, as if she’s still using the claw. Leadbetter says it’s a “Reverse Sergio,” with Wie using a claw stance and claw stroke without the actual claw grip.

At year’s start, Wie made some big changes, with Nike getting out of the equipment business. She signed with Callaway, and she has been raving after nearly every round now about the Epic driver being a game changer for her.