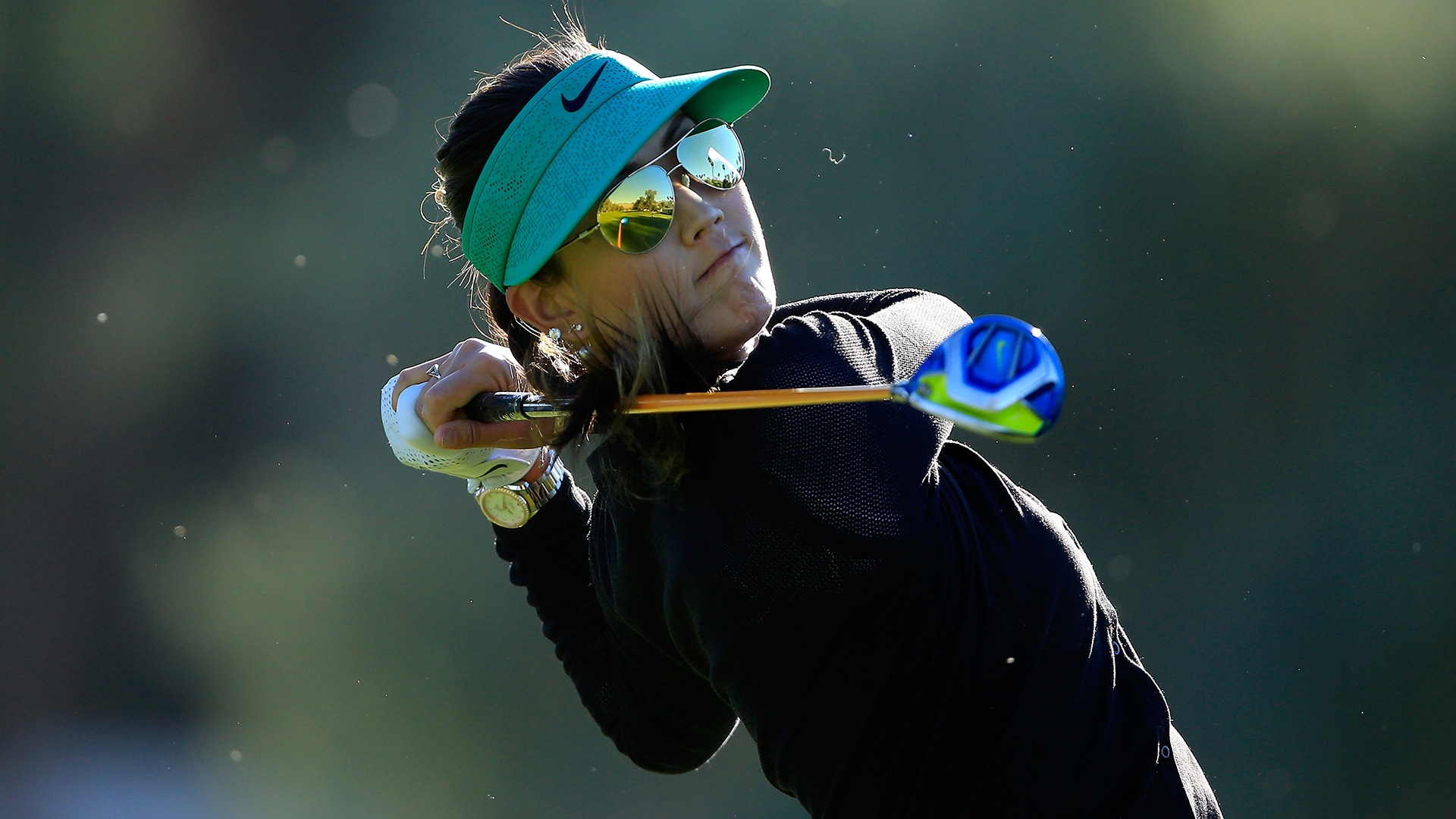 RANCHO MIRAGE, Calif. – Michelle Wie liked her read setting up over a wedge from 132 yards at the 12th hole Friday at the ANA Inspiration.

She holed it for eagle.

She started her round on the back nine, and the early eagle sparked a round of 3-under-par 69, moving her just two shots off the lead.

Wie just wished she could have read her putts so well.

“I definitely felt like I could have made a lot more,” Wie said. “I just felt like a blind person out there. I hit a lot of good putts; I just misread them slightly. So, just consistency, that's kind of what I've been looking for, and the next two days just see what I can do, and play the way I have been playing, just keep doing it.”

Actually, Wie took two fewer putts Friday than she did Thursday. She went to a “Nicklaus style” putting stance this week for short putts, imitating the crouched stance of Jack Nicklaus. She laughed when asked what kind of responses she has been getting to her new stance.

“I haven’t really heard much, but I can only imagine,” she said.

Wie is looking to jumpstart her year, and Mission Hills is a good place to do it. While Wie has never won the ANA Inspiration, she has made a number of stirring runs into Sunday contention in this major. She has five top-10 finishes in the event.

In six starts this season, Wie has missed two cuts with no finish better than her tie for 25th at the Coates Golf Championship. She didn’t have a top-10 finish all of last year.

“This is a really special place for me,” she said. “This is like my 12th time being here.

“It's really fun being back in contention, so I'm going to just kind of have fun out there.”