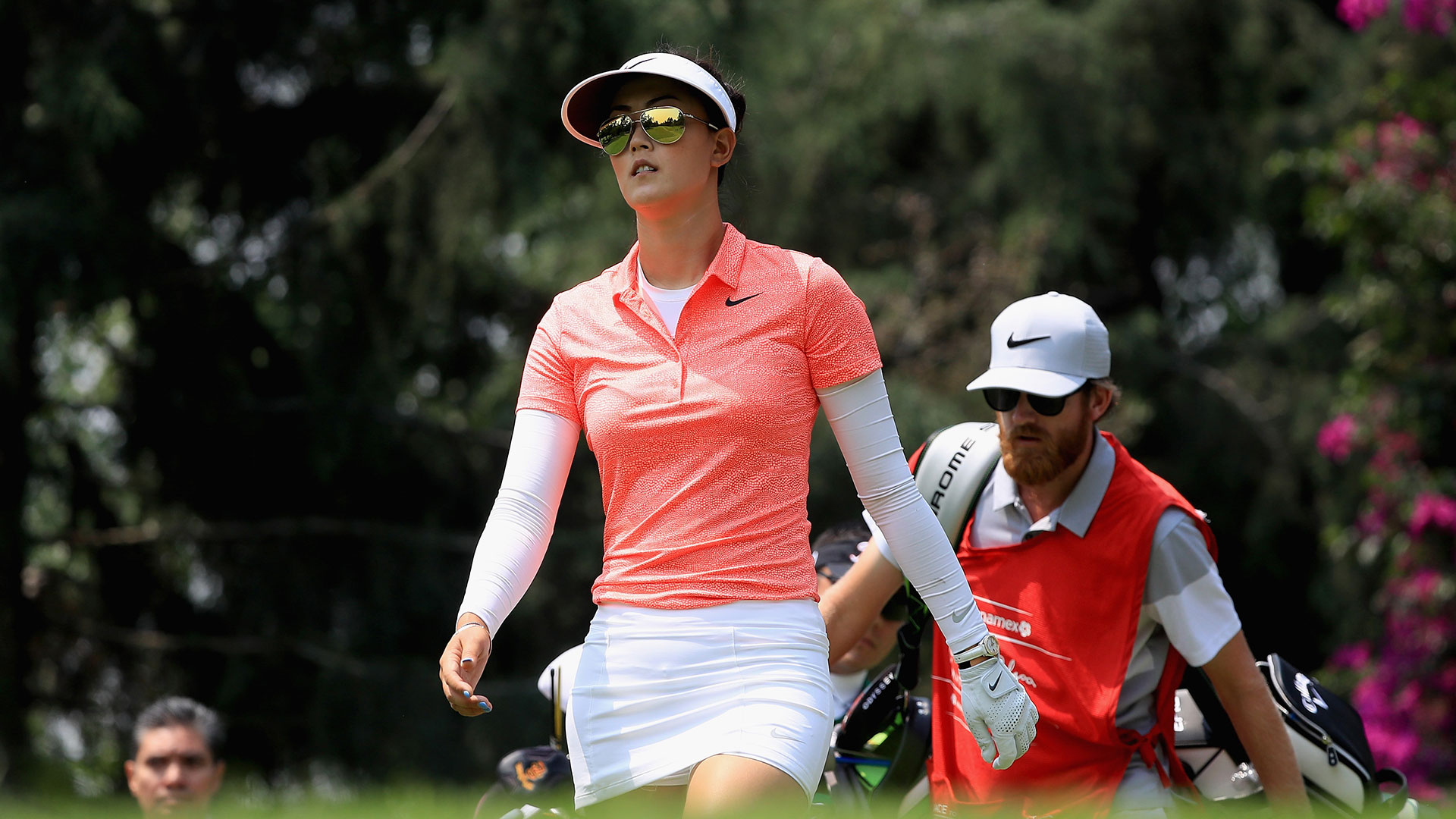 Michelle Wie appears to have some good mojo working for her this week.

Wie is looking to pick up some major Solheim Cup points in her quest to make the American team, and she’s doing it in a revamped event that means a lot to her.

Wie, who claimed the Lorena Ochoa Invitational as her first LPGA title eight years ago, opened the Citibanamex Lorena Ochoa Match Play on Thursday with 6-and-5 rout of Lizette Salas, a former Solheim Cup teammate.

“I love match play, it reminds me of Solheim,” Wie said.

Wie is looking to make her fifth straight Solheim Cup team. She’s 12th on the American points list and needs to be among the top eight at the conclusion of the Ricoh Women’s British Open in August to automatically qualify for the team. She could also qualify for the team by being among the two highest ranked Americans who aren’t already qualified on points.

Players who win at least one match this week are guaranteed to earn Solheim Cup points.

Wie will meet LPGA rookie Laura Gonzalez Escallon in Friday’s second round of the Ochoa event. Escallon upset In Gee Chun, 2 and 1, in the opening round.