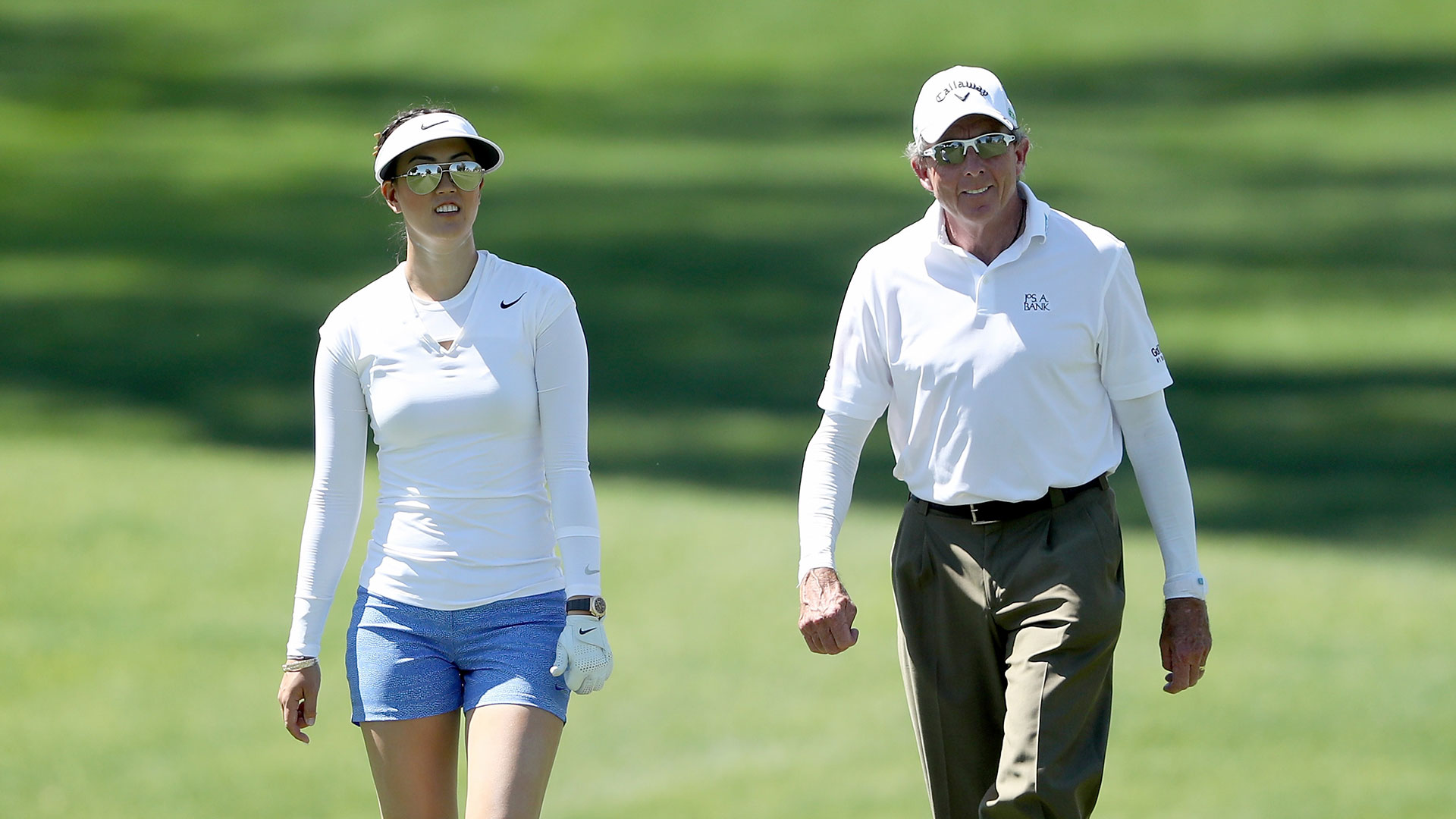 David Leadbetter, aside the tee, beamed.

Her swing coach loves the way she’s attacking with her driver.

“She has so much confidence in her driver again,” Leadbetter said. “She is hitting the ball a mile. She just wants to hit driver on every hole. The last few years, there’s no way she wanted to do that. She’s showing a lot of good signs the last few weeks.”

After missing the first cut of the year, Wie tied for fourth at the HSBC Women’s Champions. She got into contention going into the weekend at the Bank of Hope Founders Cup.

Wie has found a baby fade that she can rely upon. And she’s finding a putting stroke that she likes, what Leadbetter calls a modified claw. She stands upright, puts her right hand on the club as if she’s going to use a Sergio Garcia-like claw grip, but then switches the right hand back to a normal grip, leaving her elbows out as if she’s in a claw grip.

“I call it the reverse Sergio,” Leadbetter said. He describes it as a claw stance and claw stroke without a claw grip.

“It’s all down to putting now,” Leadbetter said. “I told her that her stroke’s really good. She just has to trust it.”

Wie loves the Dinah Shore Course. She tied for ninth in this event as a 13-year-old, tied for fourth as a 14-year-old and tied for third as a 16-year-old.

Three years ago, Wie dueled Lexi Thompson in an intriguing final round matchup with Thompson winning. Thompson hit driver everywhere that year, with Wie countering with a lot of 3-woods, trying to play for position.

Leadbetter said Wie might hit driver as many as 10 times in a round this year. That’s a lot more than Wie hit when she was matched up with Thompson.

Wie is looking to win her second major. She won the U.S. Women’s Open in 2014 but injuries led to a two-year swoon.

Is she ready to win again?