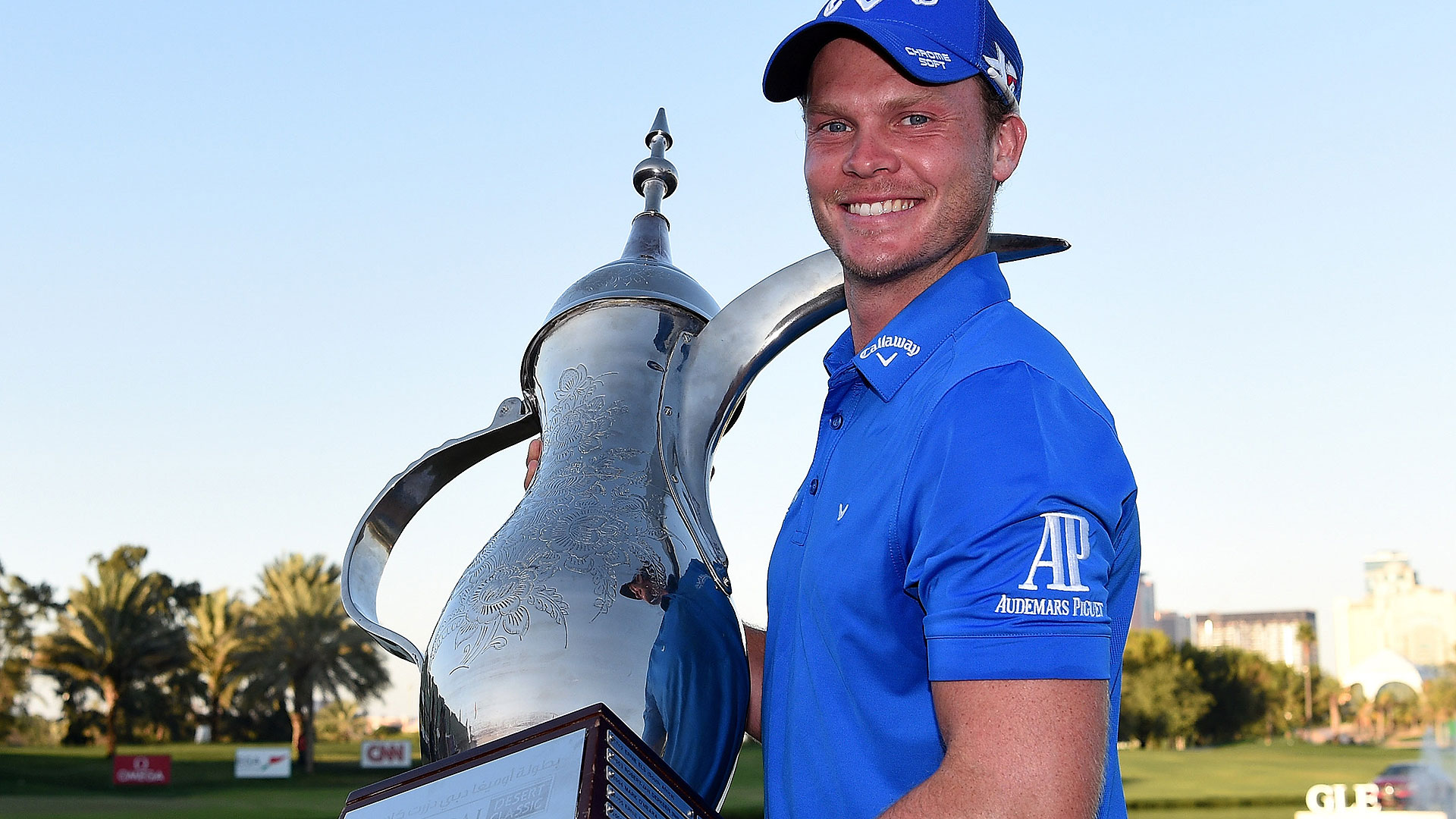 The race is far from over, but Danny Willett took a big step toward solidifying his spot at the 2016 Olympics with his win Sunday at the Omega Dubai Desert Classic.

Willett entered the week No. 20 in the world rankings, and he rose seven spots to No. 13 following his one-shot victory. He now has a significant - but not insurmountable - lead over No. 27 Paul Casey in the race for the second and final Olympic spot for Great Britain behind world No. 7 Justin Rose.

Casey, however, isn't the only Brit chasing Willett. Andy Sullivan ended up one shot behind his countryman in Dubai, but he is now up to No. 28 in the world and very much in the Olympic mix, as is world No. 31 Russell Knox.

Hideki Matsuyama has essentially clinched a spot representing Japan in Rio de Janeiro, and his win at the Waste Management Phoenix Open moved him to No. 12 in the world - 54 spots ahead of Shingo Katayama, the next closest Japanese player.

The field for golf's return to the Olympics will include 60 men and 60 women, with the qualification window running through the Open Championship in July. Countries can have up to four representatives if all are ranked in the top 15, with a cap of two players per country after that.

Here is a quick look at the 60 men currently in line to qualify for a trip to Brazil: