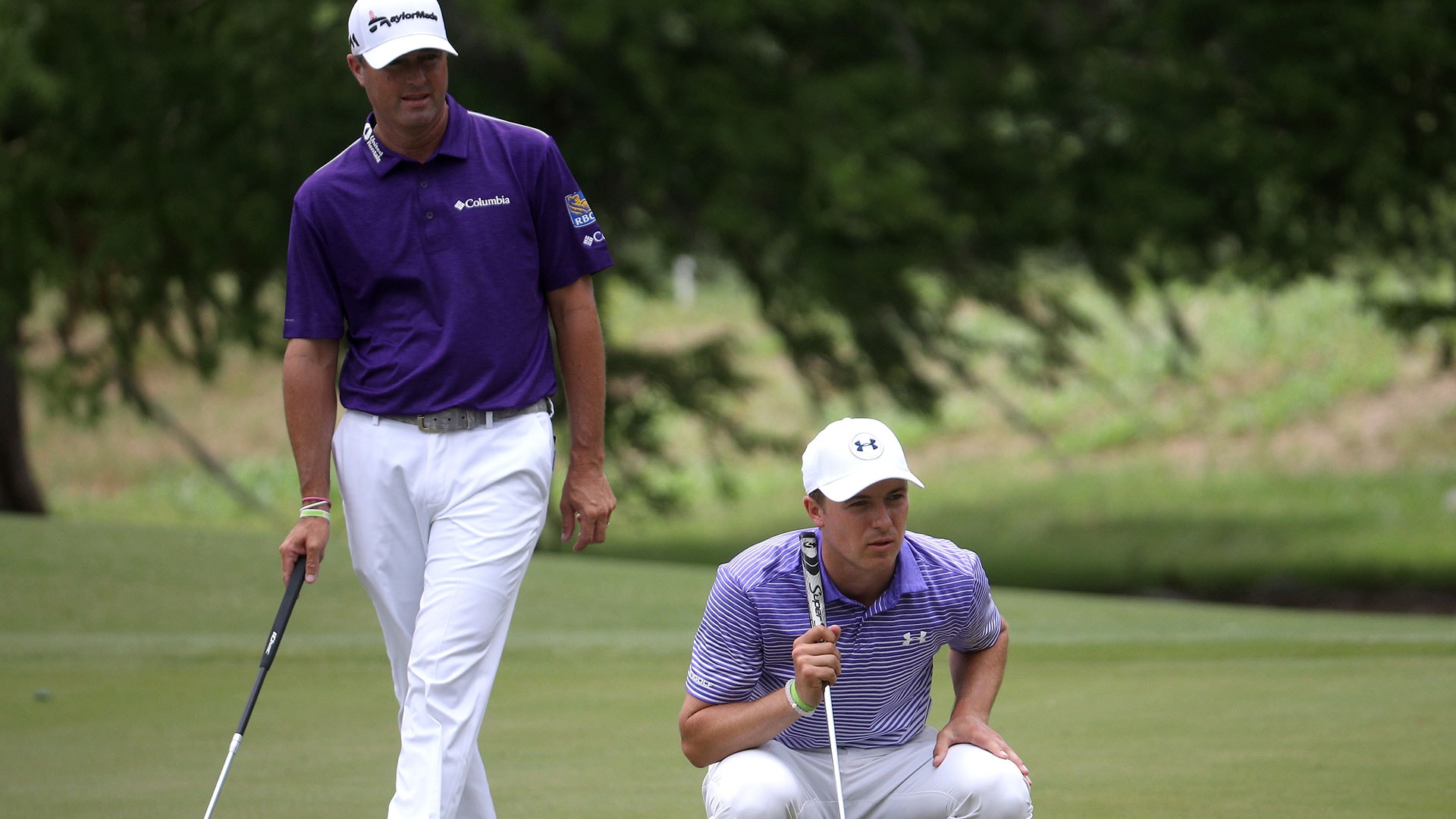 AVONDALE, La. – Ryan Palmer was so confident that his partner would make a final birdie that he didn’t even bother to take out his putter.

Then Jordan Spieth missed the 3-footer – a fitting end to what was a difficult day on the greens for just about everyone but the leading team of Jonas Blixt and Cameron Smith.

Later, while watching the replay of his wedge shot into 18, Palmer remarked: “Wow, didn’t know it was that close.”

“I knew it was that close,” Spieth mumbled.

With wind gusts up to 35 mph, putting on the grainy, subtly sloping greens at TPC Louisiana became a “guessing game,” Spieth said. During Saturday’s alternate-shot session, the duo combined to miss four putts inside 5 feet.

Despite hitting 17 greens, Spieth and Palmer settled for a 70 and now enter the final round of the Zurich Classic in fourth place, five shots behind.

“When you get a putt where the wind is blowing one way and you’ve got the grain the other, and the hill back with the wind, you just have no idea what the ball is going to do,” Spieth said. “If it gusts or doesn’t gust when you’re over it, it affects the putt by an entire cup, even from 6 or 7 feet. It’s really a guessing game.”

Similar conditions are in the forecast for Sunday, with winds gusting to 35 mph, but storms are expected to roll in around noon local time.