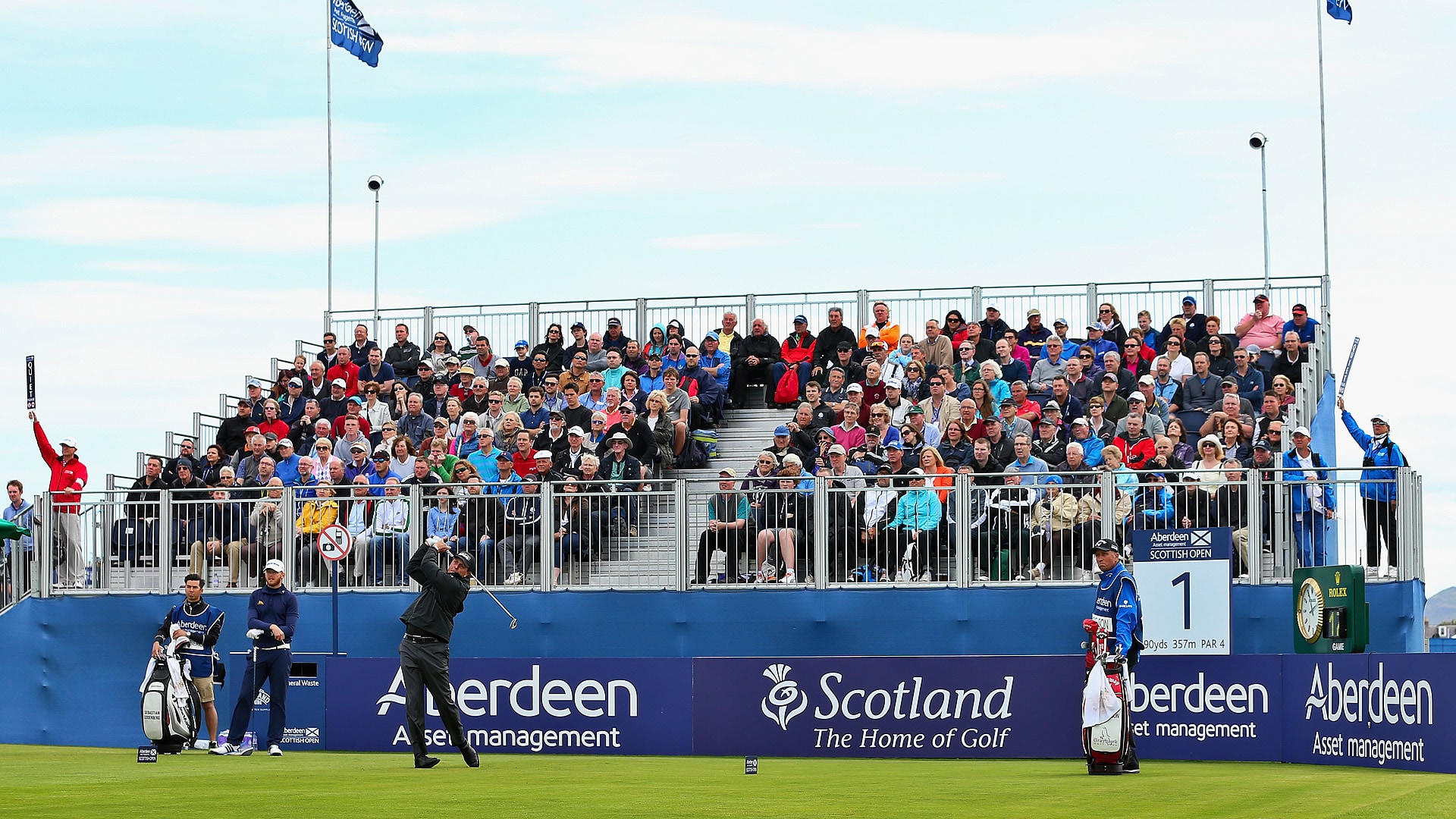 Players struggled to score amid stiff breezes Thursday at the Aberdeen Asset Management Scottish Open, and Phil Mickelson was no exception.

Mickelson is making his first start at Castle Stuart Golf Links since he won this event there in 2013, but the southpaw sits on the wrong side of the projected cut line after a 4-over 76 in the opening round.

Mickelson hasn't won since pulling off a double-dip three years ago at both Castle Stuart and Muirfield, but he appears unlikely to end that drought this week. He bogeyed two of his first five holes, then struggled down the stretch as winds increased, with bogeys on four of his last seven holes. At 4 over, he trails Felipe Aguilar and Scott Hend by seven shots.

Mickelson, however, was not the only marquee player to struggle amid the conditions. Only 20 players managed to break par, while J.B. Holmes, Jamie Donaldson and David Lingmerth all failed to break 80.

Coming off a T-27 finish last week at the WGC-Bridgestone Invitational, Mickelson told reporters in Scotland that he was confident about his game heading into a two-week stretch of links golf.

"(Castle Stuart) gives you a chance to get accustomed to the wind, to the air, to the fescue grass, the challenge of links golf, playing the ball on the ground, getting it out of the air," Mickelson said. "But it doesn't beat you up and punish you the way the Open Championship does. So you arrive at The Open fresh and ready to play, as opposed to worn out already."