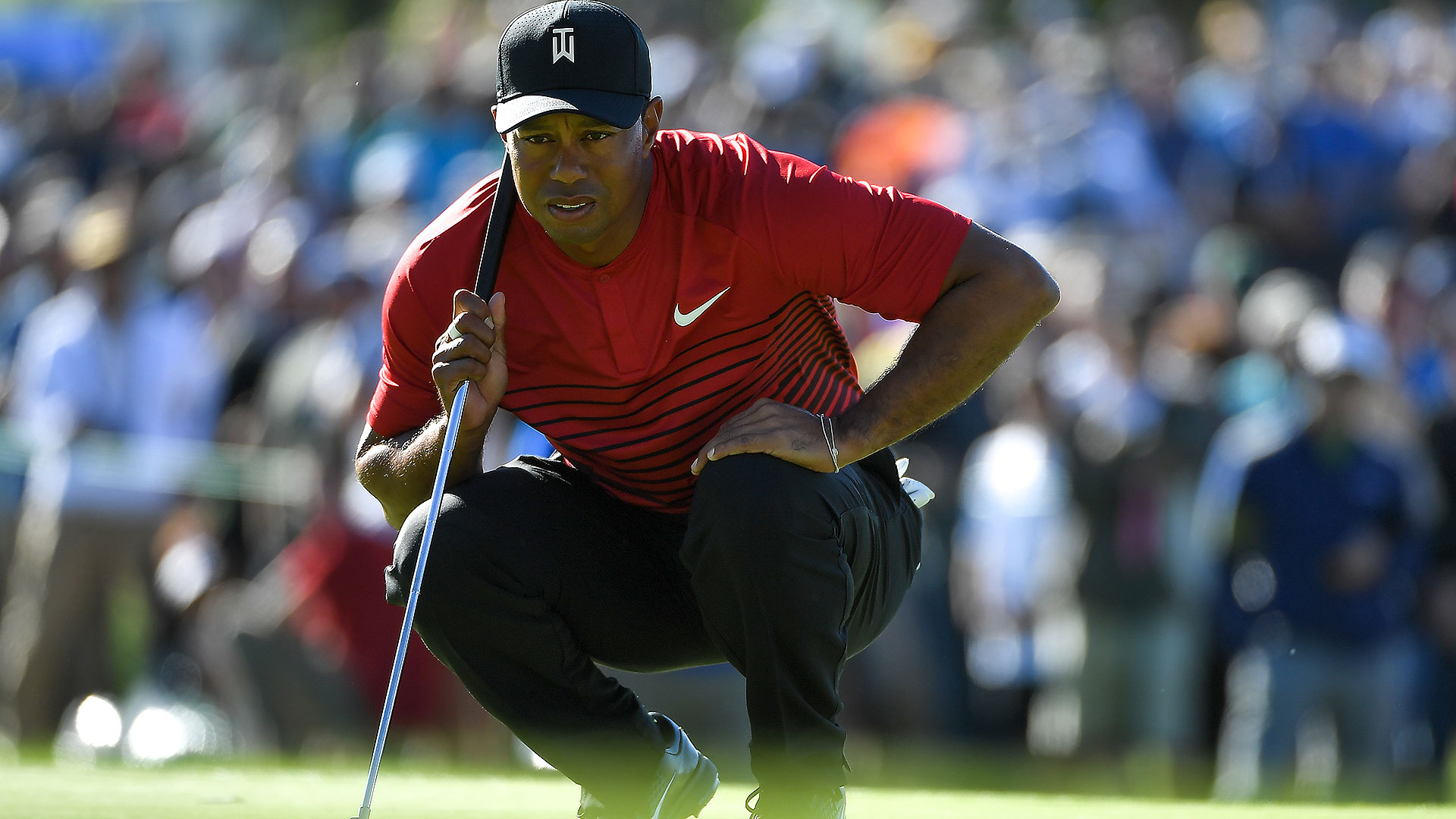 SAN DIEGO – Early into his final round on Sunday at the Farmers Insurance Open, Tiger Woods was facing an 11-footer for birdie at the par-5 13th hole when his concentration was broken by an overzealous fan.

A fan on the nearby 11th hole yelled, “Get in the hole,” while Woods was making his stroke, and he missed the birdie attempt to remain even par for the day.

Woods was visibly upset and others in the gallery yelled for the offending spectator to be kicked out. It’s unclear if officials were able to identify the fan.

Woods, who is making his first start on the PGA Tour in a year following fusion surgery on his lower back in April, has drawn huge galleries this week to Torrey Pines, with many fairways lined three and four people deep at times.