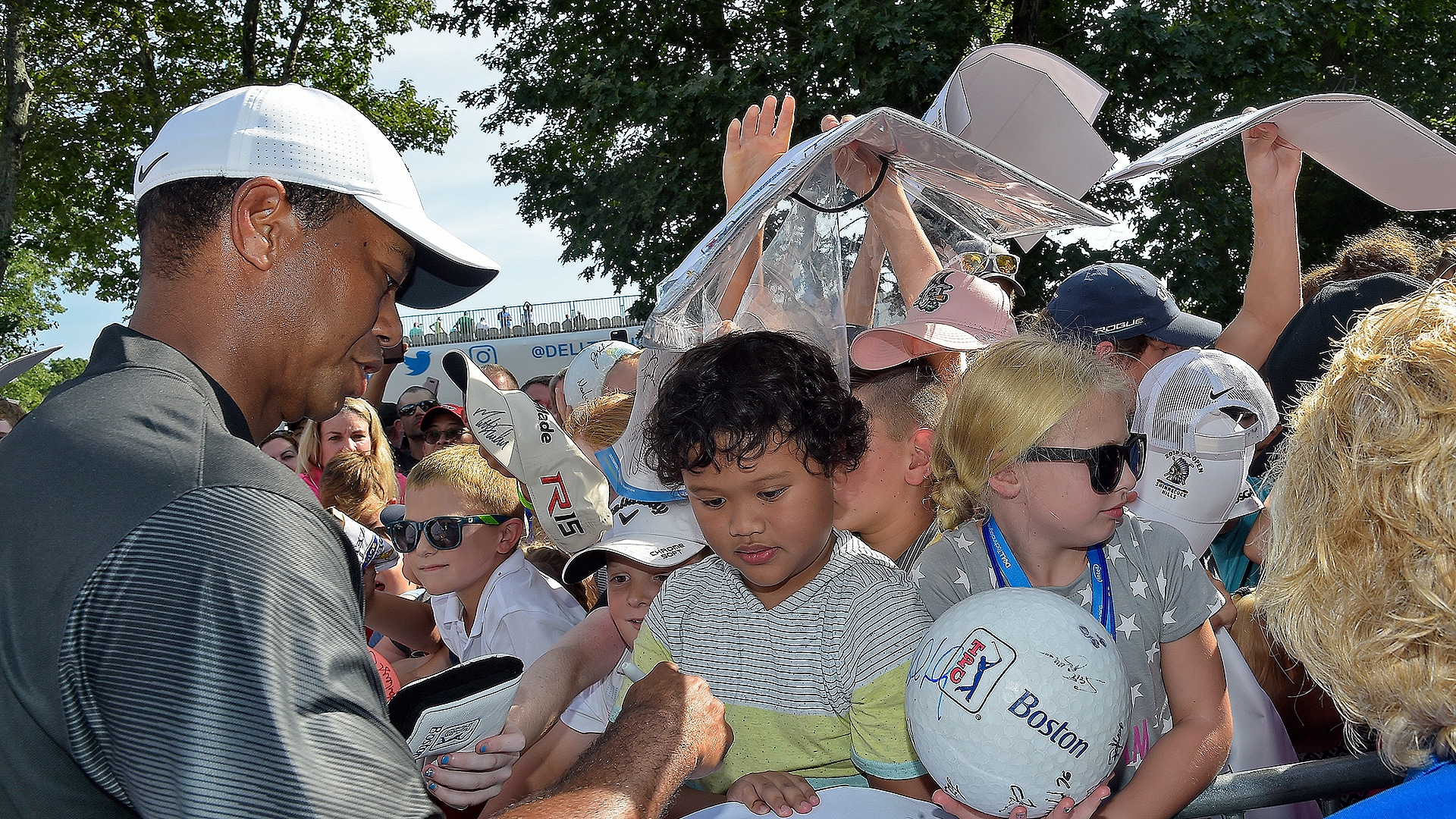 NORTON, Mass. – When Tiger Woods made the turn on Sunday he was 7 under for the week and just four strokes off the lead. He was also projected to move to 20th on the FedExCup points list, not that he took the time to notice.

He didn’t have to see a leaderboard or the playoff projections to know he was making up ground in his quest to play the Tour Championship, which includes the top 30 players from the points list after next week’s BMW Championship.

“I think before I teed off I looked at the board, I'd already fallen six spots, and hadn't teed off yet,” Woods said. “The points are very volatile. You have a quick six or seven, if not nine holes of a good run, you can vault anywhere between 10 and 20 spots. It's not that hard to do. It's just very volatile.”

But the playoff math can also go the other way, as evidenced by Woods’ even-par closing nine for a 68 that left him tied for 15th place, and six strokes off the lead, when he completed his round.

Woods probably also noticed after his round that he was projected to move to 27th on the points list and was firmly back on the bubble for a start at the finale.

“I have to play well in order to make it to East Lake,” Woods said.

Woods, who began the week 25th on the points list, hasn’t played the Tour Championship since 2013, but that’s largely a byproduct of his health issues in recent years. He’s qualified for the Tour Championship every year that he’s played a full schedule, including 2007 when he won the finale.