Police records released Tuesday morning show that Tiger Woods was cited for driving under the influence and improper parking and faces arraignment in July for the former charge.

Woods received two citations from the Jupiter (Fla.) police department, the first for improper parking at 4:22 a.m. Monday. The citation notes that Woods was driving a black 2015 Mercedes which was "stopped on roadway in right hand lane and right shoulder" when police approached.

Palm Beach County Jail records indicated that Woods was taken into custody at 7:18 a.m. Monday and released at 10:50 a.m. on his own recognizance. He later issued a statement in which he explained that alcohol was "not involved" in the incident.

"I understand the severity of what I did and take full responsibility for my actions," Woods said. "What happened was an unexpected reaction to prescribed medications. I didn't realize the mix of medications had affected me so strongly."

Woods, 41, has not played since withdrawing from the Omega Dubai Desert Classic in February. He underwent lumbar fusion surgery last month to relieve persistent pain in his back and lower legs and last week wrote that he "unequivocally" planned to one day return to competitive golf.

Here's a look at the police citations: 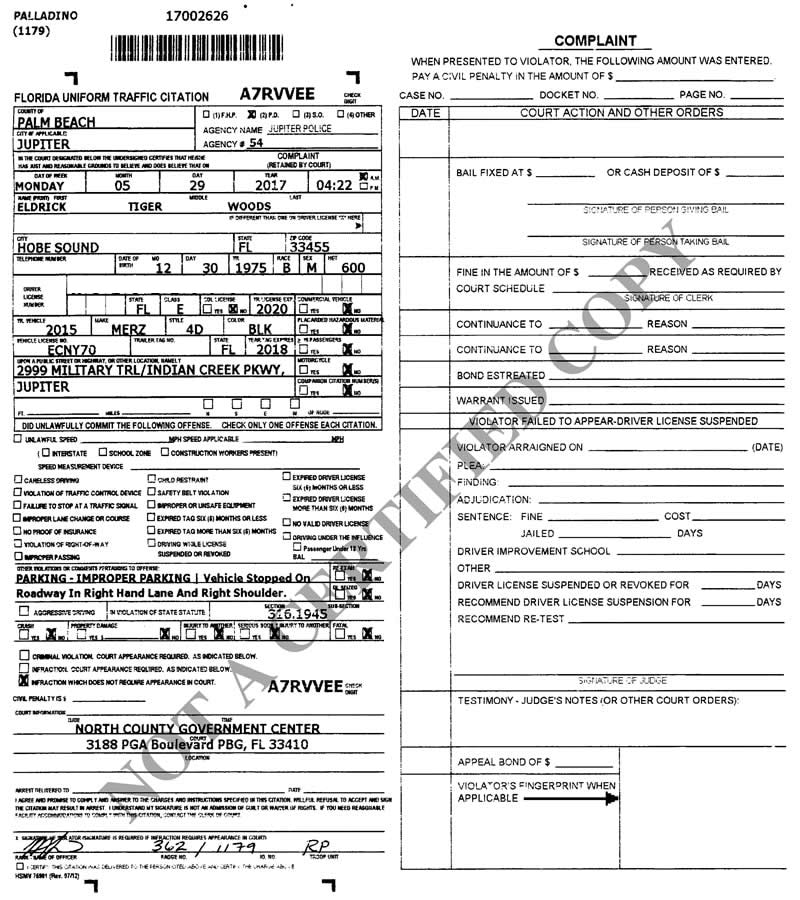 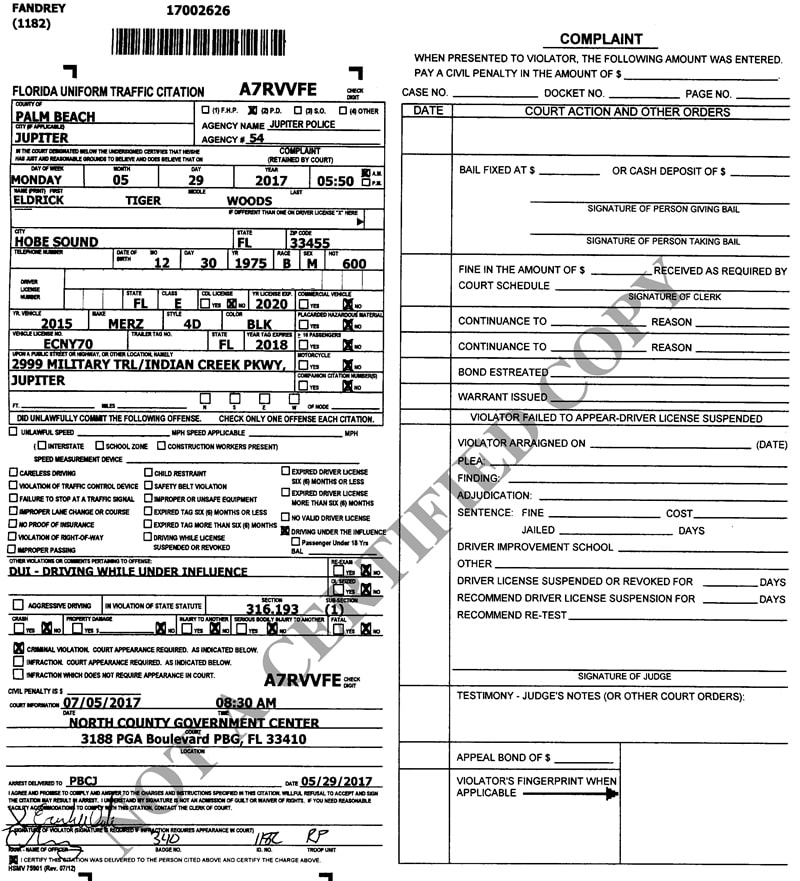